Our first CopyKat from our new intern, Kelsey Farish 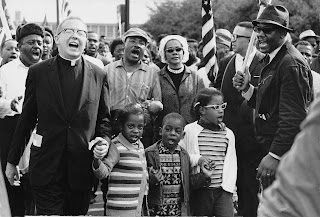 On the third Monday of January each year, Americans observe the birthday of civil rights leader Rev. Martin Luther King, Jr. This year, two weeks following the national holiday, the civil rights anthem “We Shall Overcome” entered the public domain.
The song was an unofficial theme of the 1960’s Civil Rights Movement in the American south. It was made famous during the Montgomery bus boycotts led by Martin Luther King Jr., when, in front of television cameras, a group of protestors sang it into a hostile mob. The Library of Congress, which is the oldest federal cultural institution in the United States, describes the song as America’s “most powerful song.”

The lawsuit was filed by the We Shall Overcome Foundation, an organisation that wanted to make a documentary about the song, and the producers of the 2013 film "The Butler." The registered copyright owner, Ludlow Music, initially refused both requests before demanding “as much as $100,000” to use the song.
Several months ago a federal judge in New York ruled that the key verse in the song was not protected under copyright for lack of originality. With an additional trial date set for February 5 to contest the other aspects of the song, Ludlow Music instead opted to enter into a settlement, whereby it released its copyright in both the melody and lyrics. More here.
Randall Newman, an attorney at Wolf Haldenstein (the same law firm that freed "Happy Birthday to You" from copyright protection), stated: “We are pleased that this settlement resolves the litigation and puts the melody and all verses of the iconic song 'We Shall Overcome' into the public domain where it belongs.” (You can read the press release here). However, with the release of the song into the public domain, the song may be used in future for commercial purposes or in other contexts which could threaten or diminish its powerful history and message. More here.


The Ziffren Center for Media, Entertainment, Technology and Sports Law at the University of California Los Angeles has launched a new pro-bono Documentary Film Legal Clinic. 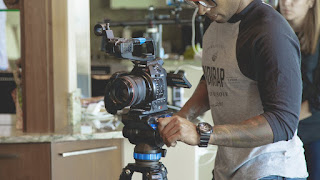 Without the support of a large film studio’s in-house lawyers, independent documentary filmmakers may not be aware of the legal issues that may arise their work, including copyright problems.

Bolstered by the University’s proximity to the Hollywood film industry, law students will be helping independent documentary filmmakers with legal issues they face. Such issues will often include making public records requests for newsgathering and seeking location approvals, as well as intellectual property matters. In particular, law students will provide copyright counsel and training, advice regarding fair use, clearance of music, visuals and archival materials, and rights of publicity.

Dale Cohen, the clinic’s founder and director, is special counsel to the PBS channel’s documentary series “Frontline” and co-author of “Media and the Law.” He noted that the clinic will provide filmmakers with “top-notch legal guidance, and students will work side-by-side with these journalists and artists, learning about the filmmaking process and helping to tell stories that are increasingly important to our democracy.”

Facebook first inked a deal with Universal Music in late December 2017. The deal with Sony,  the largest music publisher in the world, was announced on 9 January. These deals allow Facebook and Instagram users to upload homemade video clips containing songs owned by Universal or Sony, without generating a takedown notice. 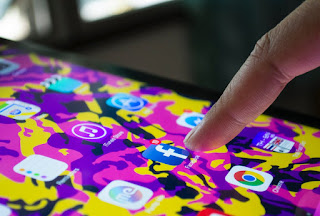 As more and more Facebook users share music or videos in their posts, some of the content may include copyright-protected material: for example, songs by a famous pop singer playing in the background of a makeup tutorial video.

Facebook offers monitoring tools that alert copyright owners about suspected copies of their videos and songs on Facebook, or other unauthorised uses of their brand. Rightsholders can send takedown requests to a team of Facebook content analysts. In the first six months of 2017, nearly 3 million posts - including videos, ads and other forms of content - were removed from Facebook platform following complaints of intellectual property rights infringement.

Accordingly, Facebook has been attempting to enter agreements with major record labels and music publishers to allow its users to include songs in the videos they upload. Universal Music Group and Sony Music are now the first two major music companies to license their recorded music and video catalogues for use across Facebook and Instagram.

If Facebook or Instagram users upload a homemade video clip that has a part of a song owned by Universal or Sony playing in the background, the clip will now stay up without generating a takedown notice. That has obvious benefits for Facebook, as the social media giant encourages people to make and share content on its services.

For the record labels, the deals will provide significant new revenue source. While no comments have been made on the financial arrangements of the deal, Facebook likely wrote the music labels a large cheque upfront, with more money to follow over the coming years. Perhaps most importantly for Universal and Sony is that these labels now have increased bargaining power in respect of negotiating with Google’s YouTube, which remains the most popular online destination for listening to music. 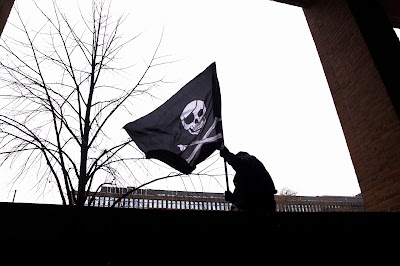 European Commission to produce a Counterfeit and Piracy “Naughty” List

While Brexit negotiations rumble on, the European Union is charging ahead with plans for a modernised intellectual property enforcement system. Reports from the European Union Intellectual Property Office (EUIPO) and the OECD estimate that the annual trade in counterfeit and pirated products is worth 338 billion Euros (£298B). Within the European Union, an estimated 5% of all goods imported into the EU (worth €85 billion) are counterfeited or pirated.

In its attempts to tackle the counterfeiting problem, the EU will adopt a “follow the money” approach which focuses on commercial-scale IP infringers, rather than individuals. One of the Commission’s key goals is to reduce the volume of counterfeited products reaching the EU market by engaging in cooperation programmes with third countries, and in particular China, South-East Asia, and Latin America. As part of this initiative, he EU aims to create a regularly updated watch-list of markets that are reported to engage in, or facilitate, substantial IPR infringement.

The proposed watch-list will identify both online and physical marketplaces where counterfeiting, piracy and other forms of intellectual property abuse are common. This list is likely inspired by the US Trade Representative (USTR) annual Special 301 Out-of-Cycle Review of Notorious Markets report, which provides an overview of copyright holder complaints, which may be used to encourage site operators and foreign governments to take action.

Interestingly, the American list only includes foreign counterfeiting and piracy markets, and thereby excludes any American infringers. This has been a contentious point with other governments and companies, including China’s Alibaba, who criticise the USTR’s failure to obtain data from US entities. It is therefore worth noting that the European watch list will reveal some new information in respect of America’s own “notorious markets.”

The public is welcome to submit comments before 31 March 2018 as part of the consultation process. The final list is expected to be released later in the year.


In its application before the High Court, UEFA established ownership of the copyright in television broadcasts of all UEFA matches. This extends to all films (particularly replays), artistic works and musical works incorporated within those broadcasts.

As a substitute for paid subscriptions to sport packages through Sky, BT and others, some football fans are instead using devices such as "kodi boxes" to connect directly to streaming servers via their IP addresses. Infringement in this way is on the rise, especially as an increasing proportion of UK consumers mistakenly believe using devices to access unauthorised streams is lawful,

UEFA therefore sought an injunction against BT, EE, Plusnet, Sky, TalkTalk and Virgin Media on the grounds of section 97A of the Copyright, Designs and Patents Act 1988, which implements Article 8(3) of the Information Society Directive (2001/29/EC). The Act requires ISPs to take measures to block, or at least impede, viewers from accessing pirated live streams of UEFA matches in the UK.

UEFA’s application was supported by the Football Association's Premier League, which won an identical court order against BT and other ISPs in March 2017 (see Football Association Premier League Ltd v British Telecommunications plc [2017] EWHC 1877 (Ch)). Although ISPs often receive requests from rights holders to restrict illegal download sites, the arrangement with the Premier League is unique in that it requires illegal streams to be blocked as matches are played, in real-time.

UEFA’s application to the High Court for a similar injunction was therefore simply a formality, not least because the application itself was supported by each of the Defendant ISPs except for TalkTalk (which neither supported nor opposed the application). The injunction will cover the entirety of the Europe-wide UEFA Champions League tournament, from 13 February through 26 May.

As an aside, it is unsurprising that some aspects of the application and court order have been kept confidential, as the particular technology used to find such live streams is considered “commercially sensitive.”