This CopyKat from Mateusz Rachubka 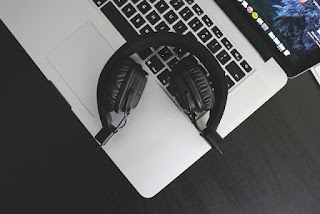 Increased Royalty Payments for Songwriters in the US

The US Copyright Royalty Board decided to increase the amount of royalty payments that companies such as Apple, Spotify, Amazon, Google and Pandora would have to make to songwriters and music publishers over the next five years. The streaming companies would now be required to pay 15.1 percent of their revenue, comparing to the previous rate of 10.1 percent. As described by NMPA President & CEO David Israelite, in practical terms “the CRB raised rates for songwriters by 43.8%” and this decision also allows the songwriters to benefit from any agreements concluded by record labels in the free market. As a result the ratio between what “labels are paid by the services versus what publishers are paid” will now significantly improve. Additionally, the CRB has introduced a late fee, up to 18 percent annually, in case any royalty revenue is not paid on time by the streaming company. Although music creators did not manage to get ‘per-stream rate’, the songwriters consider increase in overall rates as a success in the market which is currently dominated by the streaming companies.

US Senate Introduced the CLASSICS Act 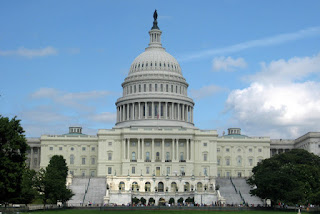 Senators, both from Republican and Democratic parties, have introduced the CLASSICS Act (Compensating Legacy Artists for their Songs, Service, & Important Contributions to Society), which would impose an obligation on digital services to pay both rightholders and artists for the use of recordings that were created pre-1972. Under the current legal framework, the way in which digital music services pay to use recordings made after 1972 is covered by federal copyright law, whereas the use of works created before 1972 is regulated by state law. This situation has led to many questions and complicated litigation in several states. With the versions of CLASSICS Act introduced in the Senate, now the rates for the use of both pre and after 1972 recordings for digital services will be the same and paid in an identical way. Introduction of the bill will also enable digital platforms to settle any outstanding claims with rightholders, in California. This will allow services to avoid state infringement lawsuits. Nevertheless, in order to do so digital music services would have to pay three years’ worth royalties at the current statutory rate for all the music they have used across the whole country. 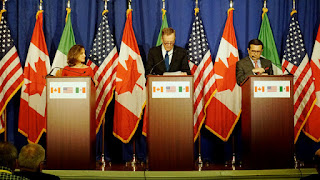 Recently we have reported that the debate over introduction of ‘Safe Harbour’ provisions to NAFTA agreement is heating up. Now Public Knowledge has explored the proposals that were suggested by the lobbyists for the big entertainment companies. One of the ‘wildest ideas’ was a recommendation not to include ‘Safe Harbour’ provisions into NAFTA. In the view of the lobbyists, they “facilitate child pornography and human trafficking” by allowing internet intermediaries to avoid responsibility for any content that is published on their services. This argument according to Gus Rossi is highly misleading. He argues that without a legal framework exempting online platforms from responsibility for context posted by their users, the intermediaries “would be obligated to censor and control everything their users do on their platforms”.

Another argument proposed by the entertainment industries is that exceptions and limitations are unnecessary in trade agreement, claiming that they are “a barrier to the protection of American artists”. Rossi, again, considers this proposal as widely inaccurate. In fact, in the digital age the US copyright system would not be able to work without fair use provisions. Therefore, the author suggests that with the importance of current negotiations of NAFTA, which may be used in the future as a standard of ‘American-sponsored free trade agreements’, it is important to fight any misconceptions and protect a balanced approach to copyright. 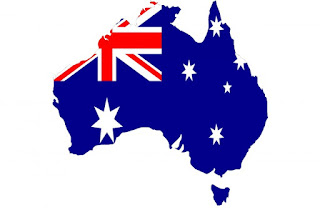 Is the Current Copyright Law Framework in Australia a Deterrent for Creators?

With the ongoing debate on potential reform of copyright law in Australia and adoption of fair use approach, recently two reports were issued, which show that the current framework allowing for narrow ‘fair dealing’ exceptions is considered as a barrier to innovation. Deloitte in its ‘Copyright in the Digital Age’ paper argues that digital technologies could contribute over $139 billion by 2020 to Australian economy if the legal framework will support innovation and allow to maximise opportunities. The study of Australian Digital Alliance revealed that the creators struggle to understand copyright law. For many of them the exceptions are often confusing and seeking permission to reuse copyrighted content often results in expensive fees and time delays. Therefore, suggestions have been made that Australia should reform its framework and follow such countries like the US, South Korea or Sri Lanka, which have broader exceptions to the use of copyrighted content. Fair use provides that each use is assessed on its own merits and does not need to fall within a specific predetermined category. The authors of the report claim that transition to fair use would enable innovation, facilitate new uses of copyright materials, particularly in such areas as data mining and cloud computing, and ultimately lead to “a more competitive and creative (…) society”. 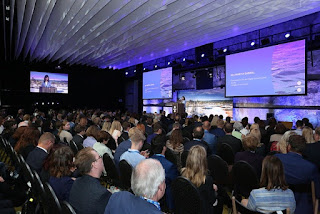 A coalition of rightholder organisations has addressed the new Presidency of the Council of the European Union, currently held by Bulgaria, to find a solution to the issue of ‘Value Gap’ (the Transfer of Value). The Value Gap arises in the situation where there is a “mismatch between the value that online User Uploaded Content (‘UUC’) website services extract from creative content and the revenues returned to the creative community”. With vast amount of content being uploaded by users, the UUC sites generate revenue from the infringing content. At the same time the UUC websites refuse to negotiate “fair or any copyright licences” with rightholders. Therefore, the creators believe that the proposal for Copyright Directive, which is currently being negotiated by the European Parliament and EU member states, should clarify two elements. First of all, that the “UUC services communicate to the public under the EU copyright framework and therefore are obliged to obtain licences for copyright protected works, unless eligible for e-Commerce Directive ‘safe harbours’”. Secondly, those UUC services that play an ‘active role’ in promotion of the content, should not be able to benefit from ‘safe harbour’ provisions.

The issue of Value Gap was also addressed by the President and Vice-President of CISAC. In their open letter to MEPs, Jean-Michel Jarre and Angelique Kidjo noted that the copyright reform offers “a historic opportunity to bring fairer remuneration for creators and drive economic growth and jobs in the creative industries”. Therefore, in their view the EU law should not shield UUC platforms, which “make vast revenues from creative works while not fairly rewarding the creators”. Thousands of artists and authors supporting the European Commission’s proposal believe that with a reform of safe harbour the new copyright Directive  will offer an opportunity to “shape fairer digital market for creators in the 21stcentury”.

For further debate on remedying the Value Gap under the proposal for Directive on copyright in the Digital Single Market go here, and here.

If you would like to support European screenwriters and directors in their call for a modernised EU Copyright framework, please click here. 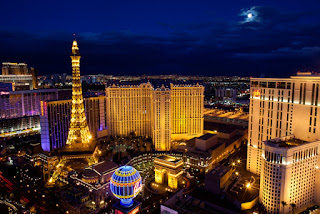 Does One Have to be a Copyright Owner to Sue Over a False Copyright Takedown?

That was the question in the dispute between ISE Entertainment, and Civillico and Longarzo. ISE claimed that it owns rights to ‘The Weekend in Vegas’ ABC show, which until recently the viewers could also download on Amazon.com. The show was however removed following an infringement notice submitted by Civillico and Longarzo. According to Civillico he owned the rights in the show and ISE by being in breach of a deal had no authority to use his work. ISE sued both parties for allegedly violating DMCA section 512(f) by submitting a fraudulent takedown notice. The defendants argued that ISE had never registered the show for copyright, nor applied for a registration and therefore had no standing to make a claim under section 512(f).

This argument was rejected by the US District Court Judge Fitzgerald. DMCA section 512(f) provides that an ‘alleged infringer’ may recover damages from when harmed by misrepresentation that material or activity is infringing (here fraudulent takedown notice). In the view of the Court “neither copyright ownership nor registration are prerequisites to bring” action under section 512(f). Therefore, the Court concluded that ISE as an ‘alleged infringer’ had standing to sue and that ISE has stated a viable 512(f) claim.

Google Will Improve Attribution of Contributors’ Works in its Image Search 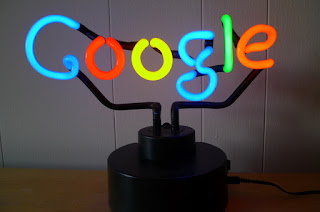 Google has reached agreement with Getty Images over a ‘multi-year’ licence, which will end the European Commission complaint, where Getty “had accused Google of effectively being a one-stop piracy shop”. Getty claimed that the users of Google could simply view and download “high-resolution, copyrighted content”, which accordingly enabled copyright infringement and piracy. As revealed by the parties, Google has agreed to reform its approach to copyright in its image search function. The search will now include more prominent copyright disclaimers and will remove view image links to the image URL. In return Google will be able to use Getty Images’ content in its products and services.

The  School of Law and CREATe Centre at the University of Glasgow have Two CREATe-related roles now available at the University of Glasgow. There is an opportunity to join the School of Law and CREATe at an exciting point in our development, as part of the University of Glasgow’s ongoing investment in the creative economy. Two positions are now available, as Lecturer in Intellectual Property Law and Graduate Teaching Assistant, at the School of Law-hosted Centre for Copyright & New Business Models in the Creative Economy (CREATe), an international copyright research hub established in 2012 with research funding from the AHRC, EPSRC and ESRC. Please click here to read more about the roles  http://www.create.ac.uk/blog/2018/01/29/two-create-related-roles-now-available-at-the-university-of-glasgow/

Informal enquiries about both the above positions may be directed to Professor Martin Kretschmer (Professor of Intellectual Property Law and Director of the CREATe Centre).  Email: martin.kretschmer@glasgow.ac.uk and Tel: +44 141 330 3886
Posted by Ben at 10:24 am