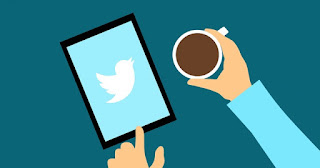 The US Federal Court in New York ruled that it is possible to infringe the copyright by a simple action of embedding a tweet on a website. The case concerned a photo of Tom Brady (New England Patriots quarterback) with Boston Celtics’ General Manager Danny Ainge, which was taken by Justin Goldman and posted on his Snapchat. Shortly thereafter, the photo went viral and was uploaded by a number of users on Twitter. Since the story was newsworthy, a number of news organisations have embedded the link to these tweets on their websites. Goldman has filed a lawsuit against a number of online publications including Yahoo, Time and the Boston Globe for violating his exclusive right to display.

Following the 9th Circuit case Perfect 10 v Amazon, the general position of the US courts has been that the copyright liability rests with the entity that hosts the content that is infringing copyright on its server (the so-called ‘Server Test’), and not the party who links to that material.  According to 17 U.S. Code § 106(5) the author has the exclusive right to ‘display the copyright work publicly’.  Judge Forrest in her summary judgment has rejected the Server Test by saying that “when defendants caused the embedded Tweets to appear on their websites, their actions violated plaintiff’s exclusive display right; the fact that the image was hosted on a server owned and operated by an unrelated third party (Twitter) does not shield them from this result”. Additionally, she noted that the Copyright Act does not suggest that “possession of an image is necessary in order to display it. Indeed, the purpose and language of the Act support the opposite view”.

This decision, together with the potential appeal, is important for all producers of digital content. According to Defendants the Court’s ruling may “cause a tremendous chilling effect on the core functionality of the web”. On the other hand, the judge has observed that there are some questions whether publication of a photo on Snapchat means that the copyrighted work is effectively released into the public domain.

The US Copyright Office is Considering Exemption for Online Games 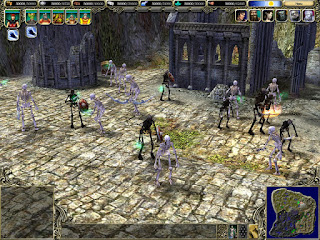 Following the last year’s petition the US Copyright Office is looking at the introduction of the exemption that would ease current Digital Millennium Copyright Act (DMCA) anti-circumvention provisions (renewed every 3 years) in relation to preservation of abandoned video games. Previously, museums, libraries and archives were able to preserve abandoned games by having a right to use emulators and other circumvention tools to make old games playable and keep them accessible. Now, several organisations, including non-profit Museum of Art and Digital Entertainment (MADE) requested for an additional exemption that will allow preservation of online video games. There is a big number of MMPORGs (Massively multiplayer online role-playing games) such as Star Wars Galaxies or City of Heroes, where copyright owners have decided shut down their servers and games cannot be played online anymore.

On the other hand, major game publishers such as Electronic Arts, Nintendo and Ubisoft have asked the US Copyright Office not to create such exemption. The companies, represented by Entertainment Software Association (ESA), have opposed the proposed changes with a view that such exemption will allow other users to “recreate online game environments using server code that was never published in public”. This may allow ‘affiliates’ to replicate the game and allow everyone in the public to play them, activity for which the companies were previously charging their users. Additionally, as observed by ESA, MADE already charges the general public for the access to the museum, where the users can play the games for the whole day for a fee of $10. The Association says that “public performance and display of copyrighted works to generate entrance fee revenue is a commercial use”, within the meaning of Section 107 “even if undertaken by a non-profit museum”. With a growing market and popularity of retro video games, the US Copyright Office will have to consider arguments of both sides and decide whether to introduce this exemption. 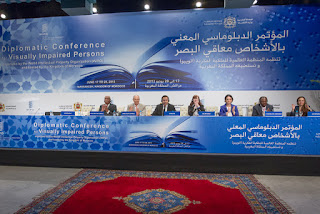 Council of the European Union Authorised Ratification of the Marrakesh Treaty

The Council of the European Union, 12 months after the decision of CJEU that the European Commission had an exclusive competence to conclude agreements which affect common rules already in place (here European Copyright legislation), has adopted a decision to approve the ratification of the Marrakesh Treaty.

The Marrakesh Treaty to facilitate access to published works for persons who are blind, visually impaired, or otherwise print disabled, administered by WIPO, entered into force in September 2016. The agreement provides for set of international rules that ensure exceptions in the copyright law so that “blind and visually-impaired people (VIPs) can access cultural materials like books without hindrance” and governs cross-border exchanges. As an effect the publishers can lawfully reproduce materials in a format accessible for VIPs without the fear of being sued for copyright infringement. Following the ratification of the Treaty by the EU later this year, the Member States will be required to introduce adequate exception into their own national laws. 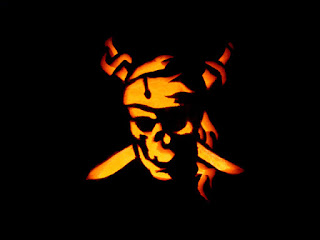 Since the Pirate Bay saga (more on it here) the prosecutors in Sweden have called for a tougher approach towards serious breaches of copyright law. The Swedish penalties comparing to those on the international level were considered to be low. Therefore, the Council of Justice in its report has proposed legislative changes that would create new criminal classification and crime divided into two levels, depending on its seriousness.

The proposal also envisages the possibility of seizing property, either physical or intangible, such as domain names. As reported by TorrentFreak “’[t]his proposal is a clear nod towards the Pirate Bay case which dragged on for several years before the state was able to take over its thepiratebay.se domain”.

The proposed date for the amendments to enter into force is 1 July 2019. 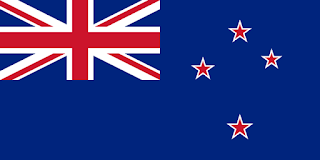 Having recently observed a number of calls in Australia to reform its current copyright law framework and make it more suitable in the age of digital technologies, our attention turns now to New Zealand. Here, in June 2017 the Government has launched a review of Copyright Act 1994 to ensure that the “copyright regime is fit for purpose in today’s rapidly changing technological environment”. Recently, InternetNZ (a non-profit organisation) has launched a position paper, in which it seeks to update the copyright law framework and achieve a modern balance. As noted by the organisation, each new technology for copying that was introduced in the past years with the use of the internet (such as data and text mining, cloud computing), has been blocked due to lack of technology neutral exceptions to the copyright. InternetNZ CEO, Jordan Carter says that “the Internet has opened up new opportunities for creative New Zealanders”. Nevertheless, at the same time, uses of technology like cloud back-ups are likely to infringe copyright. Hence, in the view of InternetNZ, the new reform should introduce a more flexible open-ended ‘fair use’ style exceptions that will enable predictability in the use of copying technologies based on the ‘fairness’ test. The authors of the report suggest that the reform of copyright framework should aim to find a modern balance that will allow “the full benefits of both modern technology and local creativity”. 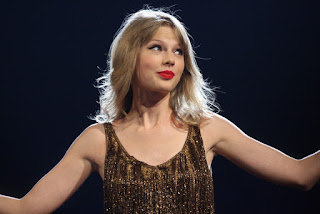 US Judge Dismissed the Copyright Lawsuit Against Taylor Swift

The US District Judge Michael Fitzgerald dismissed the action in the lawsuit brought by 3LW against Taylor Swift for stealing lyrics for the chorus of her song ‘Shake It Off’. The songwriters in their copyright infringement action claimed that the Taylor Swift’s song was based on the phrase "players, they gonna play, and haters, they gonna hate”, which was used in the song "Playas Gon' Play" by R&B girl group 3LW in 2001, and that combining those two ideas was original enough for the protection.

According to the Judge the lyrics in order to be protected by copyright must be more creative. He wrote that “the allegedly infringed lyrics are short phrases that lack the modicum of originality and creativity required for copyright protection”. In his view “combining two truisms about playas and haters, both well-worn notions as of 2001, is simply not enough”. He added that “the lyrics at issue (...) are too brief, unoriginal, and uncreative to warrant protection under the Copyright Act”. The songwriters were given the opportunity to file an amended lawsuit, however, as reported by CNBC, the attorney for songwriters would appeal Fitzgerald’s ruling to the 9th US Circuit Court of Appeals. 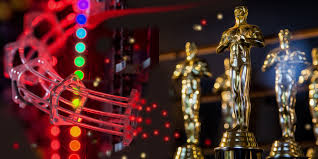 Claims Against ‘The Shape of Water’ Before the Oscars Ceremony

With only few days left before the 90th Academy Awards ceremony, amid the voting of the Academy, authors of ‘The Shape of Water’, Guillermo del Toro and Fox Searchlight were sued for allegedly copying the idea for their film.  According to the family of the late Pulitzer Prize-winning author Paul Zindel, the story of inter-species love has copied a number of copyright protectable literary elements from the plot of ‘Let Me Hear You Whisper’ play. The play as described by Daniel Zindel “also depicted a lonely cleaning woman who works at a lab, bonds with an aquatic creature and breaks him out after learning authorities planned to kill him”.

Del Toro explained that the story of the film “and the layers are completely and entirely complex, interwoven with Russian spies, the Cold War, female friendships that are so complex and more important than that, which are completely original”. The lawsuit for copyright infringement came after the film has received 2 Golden Globe Awards and 13 nominations for the Academy Awards. Fox Searchlight in its statement said that the claims brought against them are “baseless, wholly without merit” and with a view to pressure the studio to quickly settle.

On 13th March 2018, the Centre for Intellectual Property and Information Law (CIPIL) is holding its Annual International Intellectual Property Lecture at Emmanuel College, Cambridge. In this year’s lecture Professor Jessica Litman, John F. Nickoll Professor of Law at University of Michigan Law School, will argue that when we think about the copyright system, our assumptions about legal property rights shape what we see and what we don’t. We assume that broadening or narrowing the scope of copyright will redound to the benefit or detriment of creators. Three hundred years of evidence, though, belie that supposition. We need to think more concretely about copyright law's actual effect on creators, and their ability to communicate and profit from their works.

This is an invitation-only event which will take place on Tuesday 13th March 2018 at 5:30pm. If you would like an invitation, or for further information, please contact CIPIL Administrator, Mr. James Parish cipil@law.cam.ac.uk

This CopyKat by Matt  Rachubka
Posted by Ben at 11:49 am