The summer is now in full swing but it was not that long ago, namely in February, where in the case concerning NFL player Tom Brady, the US Federal Court in New York ruled that it is possible to infringe the copyright by a simple act of embedding a tweet on a website. Now, the 2nd Circuit Court of Appeals has denied an immediate appeal in the case that could have a huge significance for all producers of digital content. Back in February, U.S. District Court Judge Katherine Forrest refused to apply the ‘server test’, where the liability for copyright infringement of a website publisher depends on “whether the image is hosted on the publisher's own server or is embedded or linked from a third-party server”. Breitbart, Heavy Inc., Time Inc., Yahoo, Vox Media, Gannett Company, Herald Media, Boston Globe Media Partners and New England Sports Network, who were defendants in the lawsuit, have warned following the court’s ruling that the decision would "cause a tremendous chilling effect on the core functionality of the web". Given that Judge Forrest had allowed the defendants to file a motion for appeal it seemed that the 2nd Circuit would also agree to consider the case, which was described as by Judge Forrest as "high-impact copyright case". The 2nd Circuit has decided the opposite and the case will now proceed back to the district level. The case may be subject to appeal at the later stage, provided that the parties will not settle the case at any stage before. 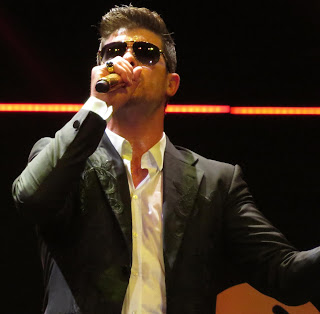 Should Musicians Facing Copyright Infringement Actions for Taking Small Parts of Old Songs Argue for a ‘Fair Use’ Defence?

In the aftermath of decision in ‘Blurred Lines’, where the Court had ruled against Pharrell Williams and Robin Thicke for infringing copyright in Marvin Gaye's "Got to Give It Up" and an increasing number of actions against songs topping music charts from rightholders owning rights in songs created in the past for taking parts of their songs, some musicians believe that the decision constitutes a threat to creativity. In the amicus curiae brief 212 songwriters, composers and musicians supporting the appellants [Williams and Thicke] shared the view that "[t]he verdict in this case, threatens to punish songwriters for creating new music that is inspired by prior works." As argued by musicians, given that the number of musical notes is limited and the same applies to harmonious combinations of notes borrowing in music compositions becomes common and plays a great role in the development of music. Nevertheless, following the decision in ‘Blurred Lines’, songwriters may fear that “copyrights can be asserted against them even if there's only a slight similarity between their song and another song”. In his article, Edward Lee proposes that one of the solutions of the copyright system in such cases can be Fair Use doctrine, which enables people in certain conditions to use copyrighted works in various ways without permission from the copyright owner. Although the solution is not perfect and does not provide certainty, as it is assessed on a case-by-case basis there is “no other doctrine in copyright law [which] provides creators [with] the same kind of safety valve that allows them to borrow from prior works” and create a new work that will add “something new, with a further purpose or different character, altering the first with new expression, meaning, or message". So far, however, the fair use doctrine adoption in music cases has been only limited to works involving parodies. Lack of precedent does not mean that fair use does not exist in music and it remains to be seen whether musicians will begin to invoke fair use. Given that more and more of songwriters face copyright lawsuits against them filed by owners of older musical works who assert copyright over short combination of notes, where many of them decide to settle and pay substantial royalties, giving songwriting credit to another artist – the use of fair use doctrine can bring a solution to avoid such actions. 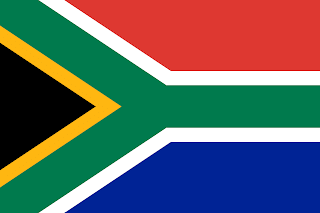 New Proposal for Fair Use Right in South Africa

The ability of authors to assert a fair use right and use exceptions to copyright does not only play a big role in the US. With the growth of the digital environment, copyright laws all over the world are under pressure to reform to fit with the new (digital) reality. With the ease and amount with which users can share copyrighted materials, exceptions play a significant role in many common practices for them not to be considered as illegal. South Africa is currently aiming to create a new ‘hybrid’ exception which “contains both a set of modern specific exceptions for various purposes”, as well as, an open general exception “that can be used to assess any use not specifically authorized”. The new Bill particularly aims that the exceptions will be open to all works, uses and users. Furthermore, apart from specific exceptions the Bill contains a general exception for ‘fair use’ with an addition of ‘such as’ before the list of purposes that is covered by the right, which makes “the provision applicable to a use for any purpose, as long as that use is fair to the author”. The provision is also helpful for users by addition of the clarifications which reflect global trends in interpretation. For example, while evaluating the purpose and character of the use, the provision helpfully instructs consideration of the core of a ‘transformative use’ test. The provision also permits for commercial uses to be considered as fair and focuses on market harm by assessing the ‘substitution effect of a given use in the market’. Many scholars believe that this proposal fits well with the current digital environment and that the new provisions should become a model which would be adopted by other countries wishing to modernise their copyright laws. 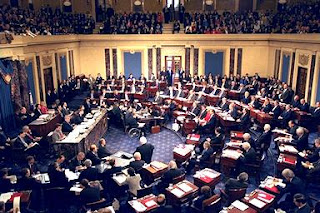 Will the Music Modernization Act Survive a New Proposal to the Bill?

The new Music Modernisation act (MMA), which aims to update the US copyright legislation that would improve royalty payments for songwriters and artists, as the CopyKat has previously covered has gained a wide support of both Houses and right across the music industry and even with some end users. If the bill were to be enacted in its current form, the digital royalty pay-outs will be improved, artists and songwriters who created their songs before 1972 will start receiving digital royalties, and a new licensing collective will be created to oversee digital mechanical licensing. However, just before the final full vote in the Senate, private equity firm Blackstone, which owns performance rights organisation SESAC, submitted a proposal that is considered by many to upset “the fundamental structure of the bill to benefit its private company at the expense of the entire music industry”. SESAC argues that a new licensing collective would make companies that administer such licenses obsolete. The new MMA would cause a huge harm to SESAC’s investment as in 2015 when it acquired the near 100-year-old Harry Fox Agency (HFA), the rights management and collection entity that acted “as a hub” for administrating and distributing mechanical license fees on behalf of music publishers. Therefore, SESAC has argued that by allowing multiple vendors that would administer licences and royalty payments there will be a fair competition on the market. The proposal has been negatively received by other music business organisations and players, which believe that SESAC’s action will act as a ‘poison pill’ and such proposed mechanism would not be efficient. Ben Herbison, executive director of Nashville Songwriters Association International (NSAI) argues with the late proposal SESAC is “trying to kill the bill” and said that “those who crafted the legislation would rather no bill pass than the amended version that SESAC has pitched to Senate”. In response to the comments, SESAC has stated that it “wholeheartedly supports the goals of the Music Modernization Act and wants those goals made law — just like you do. […] We’ve suggested a simple amendment to improve competition so we can continue to ensure that ALL songwriter and publisher royalties continue to grow. Any assertion to the contrary is simply dishonest”. 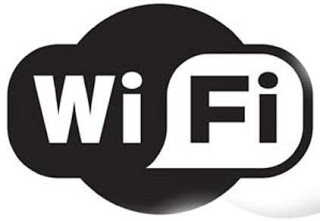 Last week, German Federal Court of Justice (Bundesgerichtshof) ruled in the case involving an illegal download of a game ‘dead zombie’ that under the new German Telemedia Act, internet providers are not liable for copyright infringement via file sharing conducted by third parties on their network. In the past under the legal principle of Störerhaftung, operators of internet hotspots were subject to fines and legal actions in case someone using their network has downloaded copyrighted content illegally. This situation has caused a fear among many businesses to provide their customers with free WiFi and most of the networks were protected by passwords.

The amendment to the Telemedia Act is a result of the CJEU’s ruling in Tobias Mc Fadden v Sony Music Entertainment Germany GmbH, where in the case involving Sony suing a shop owner for illegal download of music through an unsecured hotspot, the Court has ruled that while wireless network providers should not be liable for violations by third parties, "a court or a national authority can issue an order against a wireless network provider to prevent the repetition of an infringement”.

The ruling of Bundesgerichtshof is in the opinion of Joseph Fesenmair is a “bad news” for rights owners as private WiFi operators will no longer be required to set passwords to avoid liability intermediaries for third-party infringement. However, the operators may still be required to install blocking measures in cases of misuse and in the opinion of Jan Hassold, they can be held liable where they fail to fulfil blocking requests. Max Kinkeldey and Mark Peters believe that more clarity is still needed “over what ‘adequate measures’ WiFi operators need to employ to block access to illegal content”. 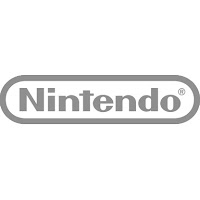 Nintendo has decided to take action and filed a lawsuit against a popular console ROM websites LoveROMS.com and LoveRETRO.co, which according to Nintendo are considered as one of the most notorious sites for piracy games. These websites have enabled their users to play particularly retro games on platforms other than consoles that they were intended for, through the emulators and numerous tools. Nintendo was not fond of this practice and has decided to sue the owners of both websites for copyright and trademark infringement by filing a complaint at a Federal Court in Arizona. In its complaint, Nintendo has asserted that “[t]hrough the LoveROMs and LoveRETRO websites, Defendants reproduce, distribute, publicly perform and display a staggering number of unauthorized copies of Nintendo’s video games, all without Nintendo’s permission”. Apart from copyrighted games, the websites have made available software and used trademarks owned by Nintendo. In its complaint, the company requests statutory damages of $150,000 per infringement of a game and up to $2,000,000 for each trademark infringement. As reported by TorrentFreak, “with more than 140 copyrighted titles and 40 trademarks on the record, theoretical damages could go up to a staggering $100 million”. As a result of Nintendo’s actions, LoveRETRO website has been shut down by its owners and LoveROMs decided to remove all of Nintendo’s titles.

Posted by Mateusz Rachubka at 10:59 pm