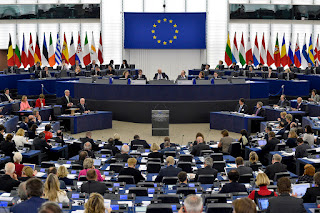 Proposal for Copyright in the DSM Directive – Where are we Heading Now?

Following the vote of EU Parliament’s Legal Affairs Committee (JURI) in favour of the Directive for Copyright in the Digital Single Market (known as Copyright Directive) last week the plenary session of the European Parliament has rejected the proposal that aimed at updating the rules for the digital age [reported here]. After a number of protests from the internet platforms, including Wikipedia blocking access to its websites, and opponents who believed that the Directive, if adopted in such shape, would limit internet freedom and creativity, MEPs have decided that the proposed changes require further debate. The rejected bill aimed to strengthen the enforcement of copyright rules online, wit the new provisions in Article 13 requiring internet intermediaries to monitor their platforms anc put filtering mechanisms in place which would detect copyright infringement and block the infringing content. Article 11, known as ‘link tax’ planned to require online platforms such as Google and Facebook to buy licences from media and news companies before providing links to their stories. This, opponents argued, could prohibit anyone from providing commercial service to use snippets from online articles without obtaining a licence from publishers. In the letter addressed to MEPs 70 internet leaders shared concern over the proposal saying that the proposed changes would take “an unprecedented step towards the transformation of the Internet from an open platform for sharing and innovation, into a tool for the automated surveillance and control of its users”. On the other hand, artists and music industry strongly supported enactment of new copyright rules. Sir Paul McCartney urged MEPs in a letter to “uphold the mandate on Copyright and Article 13” and wrote that the proposed Directive would address the value gap and ensure “a sustainable future for the music ecosystem and its creators, fans and digital music services alike”. Michael Dugher, UK Music CEO believed that the changes could “end an injustice that has seen Google’s YouTube and other big tech firms ripping off creators for far too long”. The body had previously accused Google of spending €31 million on lobbying operation that was aimed at issues related to the digital copyright reforms. It's not over yet - and the rejection mans that  proposals will now be further considered after a rarely invoked Parliament procedure was used, and now MEPs will have a month to propose their amendments with a new vote likely to take place in September. Until then the increasingly raucous debate, which already brought a lot of attention, is likely to get even more heated.

While most of the eyes were focused on the vote in the European Parliament, the Regional Court of Hamburg has ruled in favour of German Collecting Society GEMA regarding the liabilities of the UseNeXT platform. According to GEMA, UseNeXT together with its owner Aviteo should be liable for copyrights of its users who shared unlicensed music and movie content through the Usenet platform. In the view of the Court, under German law internet platforms such as UseNeXT may be liable for copyright infringement of its users, where the business model promotes in a certain way, the uploading and distribution of copyrighted material that is unlicensed. The Court also considered that Aviteo is liable for the infringement in this case on the basis that it provides tools that aim to seek out music and movie files. Dr Tobias Holzmüller from GEMA believes that this case is a great success for the songwriters and publishers that are gathered in the society and creates “an important precedent for claims for damages in the field of internet piracy,” where online platforms “cannot hide behind legal principles.” Although the ruling is favourable for GEMA it is not yet binding as Aviteo can bring an appeal. 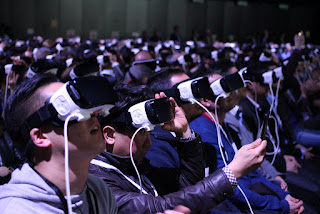 The US District Court in Dallas has ruled that Facebook-owned Oculus which specialised in the development of VR devices is required to pay $250 million for using ZeniMax’s computer code in its virtual reality headset, which is popular among video gamers. After the acquisition of Oculus by Facebook in 2014, ZeniMax brought a lawsuit which alleged that when one of its employees had left the firm and stolen ZeniMax’s intellectual property. Judge Ed Kinkeade has affirmed the jury’s decision awarding ZeniMax $200 million for breach of contract and $50 million for copyright infringement. The judge, however, decided not to award an additional $250 million which was claimed against Oculus co-founders. Additionally, ZeniMax’s request to ban sales of Octopus headsets was rejected. According to ZeniMax, Oculus continuously infringes its copyright and therefore “a permanent injunction is the only way to stop it.” Oculus viewed the infringement of copying seven lines of the code as insignificant given that the software consisted of over 42 billion lines. 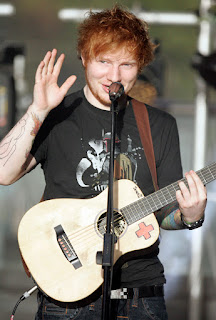 Ed Sheeran has been hit with another copyright infringement lawsuit. Having settled a conflict in relation to ‘Photograph’ [more details here], this time he has been accused by the heirs of Marvin Gaye of copying ‘Let’s Get It On’ song in his ‘Thinking Out Loud’ composition. The lawsuit was brought by Structured Asset Sales (SAS) and follows a failed attempt by SAS to join the previous Townsend (Gaye’s heir) action, which was turned down on 11 June 2018. Now SAS has filed the lawsuit itself and seeks $100 million in damages for the portion of Gaye’s song that they own. As argued by the owners in their action against Ed Sheeran and co-writer of the song, Amy Wadge, ‘Thinking Out Loud’ takes many elements from Gaye’s song, such as “the melody, rhythms, harmonies, drums, bass line, backing chorus, tempo, syncopation and looping.” 1709 readers will no doubt remember that in 2015 the owners of Gaye’s song catalogue filed and ten won a successful (if somewhat controversial) suit against Robin Thicke and Pharell Williams’ “Blurred Lines” hit and accused them of copying ‘Got to Give it Up’  song.

Out of tune? Content of the Copyright Owner Removed by YouTube’s Content ID System for Copyright Infringement

YouTube’s Content ID system aims at ensuring that copyrighted content is not used without the author’s permission. The system has, however, some limitations and there are situations where it makes mistakes that result in the wrong content being taken down and demonetised [previously reported here]. This time, Paul Davids, who is a Dutch YouTuber known for his videos where he plays various famous guitar riff, last month has received a copyright infringement notice from the Content ID system for one of his videos. As he claims it turned out to be his own video that he had infringed upon. The author was particularly shocked when he found out that someone else took his original track, “added vocals and guitar to make their own track, and uploaded it to YouTube”. As a result of the notice, all the money which were earned from the video rather than to the original author were directed to the person who has copied his content. Following the appeal procedure, YouTube has resolved the matter in favour of the original author. 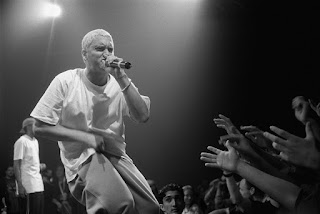 Last year, following a use of a piece of library music called ‘Eminem-esque’ in their 2014 election campaign advert, a Wellington High Court in New Zealand has found that the music used by the National Party had substantially copied the Eminem’s song ‘Lose Yourself’ [discussed here]. Accordingly, the Court has ordered the National Party to pay NZ$600,000 as the "hypothetical licence fee that would have been charged” had the publisher given permission to use the copyrighted work. Now, the political party has appealed to the Court of Appeal aiming to lower the amount that they have to pay in damages for their copyright infringement. In the opinion of the Nationals’ lawyer, the Court relied on the advice of an expert who had no relevant experience in New Zealand and the if fact the ad campaign only ran for 11 days. Therefore, no premium prices should be charged. As reported by NewsHub, the decision is reserved, meaning that the outcome a decision may be known in several weeks or months. Conversely, the rights owners believe the damages are insufficient!
Posted by Mateusz Rachubka at 7:28 am