Is Richard Prince in a Jam?

We have often written on this blog about the appropriation artist Richard Prince, whose work was at the origin of several copyright infringement cases, including the Cariou v. Prince case (see here, here, here, and here). Copyright bloggers owe him a full bowl of da la jam gratitude. 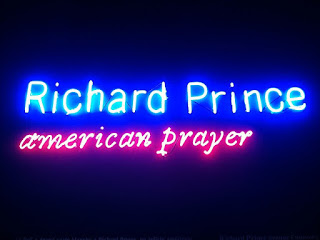 
Richard Prince is an appropriation artist. He explained in his motion to dismiss the McNatt case that the New Portraits “continue Prince over 40-year career of using found photos and objects in order to comment on society, through the use of text and recontextualisation.” The New Portraits, reproductions of Instagram posts complete with a Prince’s comment, are each approximatively 41 by 41 inches, as an homage to Andy Warhol who used this format for his portraits, as explained in the McNatt memo.


In the McNatt case, Prince used a photograph of Kim Gordon, taken by Eric McNatt, and which has been published on social media, to create one of his New Portraits works. In the Graham case, Prince used Graham’s photograph of a Rastafarian smoking a joint “which already existed pervasively on the Internet, largely through Donald Graham’s own actions” according to Prince’s memorandum, to create Portrait of Rastajay92. This is a rather odd argument, as Graham, as the copyright holder, has the exclusive right to publish his work as he wished to do, including on the web. This action does not give carte blanche to third parties to copy and use the work without permission.


Prince argued that Donald Graham had published his work on his Facebook page on a public setting, thus granting Facebook a non-exclusive, transferable license to use the photograph. Prince also argued that Graham did not use any embedded watermarks on his work, had not set any privacy settings for viewing the work, and that he understood that once published on the web, it was forever published on the web.


Prince argued that he “reasonably interpreted Graham’s conduct as permission to use the [p]hotograph in a new way” and had a “non-exclusive implied license” to use the work, citing the Field v. Google case from the Nevada district court. In this case, the court had found that Google had an implied license to display works protected by copyright in cached links, even though the copyright owner did not explicitly authorize such use. However, the court noted that Field could have used a tag directing Google not to archive the pages, but did not do so and thus had implicitly given Google a license to display his works.


Prince claimed in the McNatt case memo that Eric McNatt and Kim Gordon had posted the original work on their Instagram accounts, and that McNatt still features the photograph on his website without embedded watermarks. The original Graham work had been republished on Instagram by a third party, user Rastajay92, and it is this social media post which was reproduced by Prince, complete with his own comment: “Canal Zinian da lam jam,” an allusion to his Canal Zone show, or, as Prince puts it, a “self-referential allusio[n] to his own artistic biography.” I wrote “da lam jam” on the Google translate box: it detected Arabic as a language, and offered “it did not g” as a translation. Curiouser and curiouser!


Prince’s memorandum in the Graham case argues that his New Portraits exhibition was a “social commentary” and thus a “core fair use principle… expressed through a novel technological and sociological medium and context” and that the forfeiture of the works, as asked by Plaintiff Donald Graham, “would have a chilling effect on the progress of the arts, to the detriment of the public.”


An ode to social media


Prince argued that his use of Graham’s work was highly transformative, because he used what he described as “an austere description of a Rastafarian” and turned it into “an ode to social media.” Prince further argued that the fact that he did not add anything to the original work, unlike in his works in the Cariou case, enhances his fair use claim, not weakens it, because he needed to “authentically replicate in the physical world the virtual world of social media.”


He used similar arguments in his motion to dismiss the McNatt case, that he “imbued what was once an austere depiction, documenting a female rocker in a defiant pose into part of an ode to social media.“


It may be an ode to social media, but it is also copyright infringement. The defense is fair use.


Is this ode to social media fair use?


Prince argued that he used the Kim Gordon photograph to comment on social media, about “the whole idea of putting up images on a new platform that was available to anyone, to an entire population” and that artistic purpose was “a world-away from McNatt’s purpose in making the [p]hotograph.”


For Prince, Graham’s sales of his works have not suffered because of Prince’s use and Graham’s notoriety has even been greatly enhanced by Prince’s use, and that thus the fourth fair use factor, the effect on the market, should weigh in Prince’s favor.


Prince also argued that Graham did not have the right to exploit the photograph, as the right of publicity of its subject is governed by Jamaican law, and that therefore any harm done by Prince’s use of the work would harm an “illegitimate market.” Prince used a similar argument in his McNatt memo, arguing that the photographer did not obtain Kim Gordon’s written authorization to use her image, as required by the New York right of publicity statute, other than for their original use, a publication in Paper magazine.


Prince also argued that the second fair use factor, the nature of the copyrighted work, should be in his favor, as the original Graham work was “more factual than creative.” As for the third factor, the amount and substantiality of the work used, in relation to the protected work as a whole, Prince cited the Bill Graham case, in both of his memos, where the Second Circuit held that the third factor can weigh in favor of the defendant even if the work is reproduced in its entirety.


Prince argued that the original Graham work has been cropped and that the remaining work was necessary to serve Prince’s purpose, commenting about social media. He argued in the McNatt memo that Prince used an entire Instagram post, complete with “colorized emojis” and thus drew the viewer’s attention around the image, thus “reducing the artistic or intellectual importance of the photographic image relative to its physical portion of the painting.”


This is quite a fair use battle royal. Copyrights enthusiasts will keep watching, and possibly, cheering.


Image is courtesy of Flickr user (vincent desjardins) under a CC BY 2.0 license.
Posted by Marie-Andree Weiss at 2:55 pm