Licensing Like a Champion (Can it be an Afterthought?) 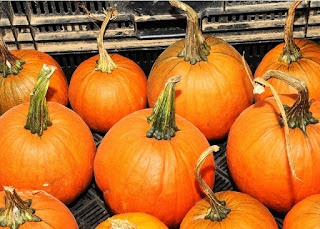 So grab a pumpkin-flavored cookie and read this blog about a recent Second Circuit decision, Spinelli v. National Football League, No 17-0673 (HT Court House News for the link to the document). The case is about copyright licensing, retroactive and royalty-free licensing and a touch (down) of football.


Plaintiffs are seven sports photographers. Defendants are the Associated Press (AP), the National Football League (NFL) and the 32 NFL teams. If you do not know the names of the NFL teams, you can read their complete list in the document (The Falcons! The Steelers! The Forty Niners!)


The photographers filed a copyright infringement suit in 2013 against the NFL and AP in the Southern District of New York (SDNY), claiming that AP had granted the NFL a royalty-free license without permission from the authors of the photographs.


Plaintiffs also argued that the NFL and AP had conspired to restrain trade in the market for commercial licenses of NFL event photographs thus breaching antitrust laws (I will not write about this issue).


Defendants moved to dismiss and the SDNY granted their motion in 2015. Plaintiffs appealed. On September 11, 2018, the Second Circuit remanded the case which is now likely to go to trial.


In order to take and use photographs from an NFL event, one needs to secure a license from the NFL, as such photographs almost always contain NFL trademarks. Getty had the exclusive worldwide right to license NFL’s pictures from 2004 to 2009, and then AP became the NFL’s exclusive licensor.


Plaintiffs had entered into “contributor agreements” with AP which allowed them to access NFL events, and to obtain licenses for the intellectual property contained in the photographs they took at these events. Plaintiffs took thousands of NFL photographs, during games or practices. Some of these pictures feature NFL trademarks, but others did not.


The original agreement between the NFL and AP, which lasted from 2009 to 2012, had granted the NFL a royalty-free license to use “AP-owned” images, but had not extended this license to images taken by non-AP contributors. However a new agreement, entered into in 2012, extended the royalty-free license granted to the NFL to photographs taken by non-AP contributing photographers.


Plaintiffs had indeed provided AP a “perpetual, irrevocable transferable worldwide right and license to reproduce, edit, translate the caption of, prepare derivative works of, publicly perform, publicly display, load into computer memory, cache, store and otherwise use“ their works along with the right to "transfer or sublicense these rights to other entities." This agreement was lucrative for the Plaintiffs, as AP payed royalties when it licensed one of the works. At issue in this case was whether Plaintiffs had thus allowed AP to grant royalty-free licenses to the NFL.


For the SDNY, copyright law gives copyright owners and their exclusive licensees the right to freely grant a license "after the fact" as they see fit, quoting Wu v. Pearson, 2013 WL 145666, at 4: "[T]here is no legal prohibition to obtaining a retroactive license if it is authorized by the rights holder." Plaintiffs had argued instead that, citing the 2007 Davis v. Blige Second Circuit decision, that AP could not grant a retroactive license. In Davis, the Second Circuit had rejected retroactive copyright licensing as a way to cure past infringement.


In our case, the Second Circuit found that even though facts in our case were slightly different than the ones in Davis, the court had to come to the same conclusion. The Second Circuit reasoned that Plaintiffs had the right, before the execution of the 2012 AP-NFL agreement, to sue the NFL for copyright infringement. Therefore, if AP could grant a license to the NFL retroactively in 2012, that right would have thus been extinguished, and “[d]oing so was impermissible, irrespective of whether AP had the authority to issue a prospective license to the NFL starting in 2009.”
The SDNY had dismissed their claim because the license Plaintiffs had provided AP was as broad as their own copyright in their photos, and “[n]othing in the license require[d] AP to issue only royalty-bearing sublicense.” For the SDNY, the language of the agreement made clear that the rights granted by Plaintiffs to AP, including the right to sublicense, were “broad and unlimited.”


However, the Second Circuit found the 2012 contract to be “ambiguous” and recognized that it could be interpreted as limiting the ways AP can sublicense Plaintiffs’ photographs to third parties. The court remanded the case to the lower court. Litigation is not a contact sport. But you must win the last game.
Posted by Marie-Andree Weiss at 2:17 pm