Freddie Ross, Jr., aka Big Freedia, aka the Queen of Bounce, filed a copyright infringement suit last week against Wilberto Dejarnetti in the Eastern District court of Louisiana. The case is Ross v. Dejarnetti, 2:18-cv-11277. 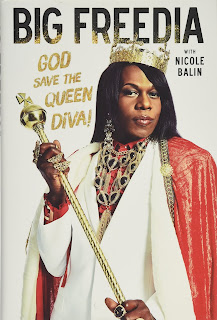 According to the complaint, Plaintiff met Defendant in 2014 and hired him to help with staging and choreographing Plaintiff’s performances. Plaintiff and his dancers worked with Defendant to create new stage choreography for several songs, including “Shake Session Medley” “Explode,” and “Best Beeleevah” (the Choreographic Works).


Plaintiff stopped working with Defendant in late 2017. Defendant then asked Plaintiff to credit him as a co-author and producer of several songs (the Musical Works), and also to pay him a monthly fee of $500 to use the Choreographic Works.


Failure to find an amicable solution led to the filing of this copyright infringement suit.


Plaintiff is seeking a declaration from the court of his rights in the musical Works, arguing that Defendant’s “mere presence in the recording studio during the creation of the Musical Works is not sufficient to confer authorship rights,” that he had not made “any copyrightable contributions to the Musical Works and [that] the true creators of the Musical Works never intended [Defendant] to be a joint author. “


As we do not know yet what Defendant’s arguments are, it is difficult to comment beyond an explanation of what is joint authorship under U.S. copyright law.


So the crux of the issue is whether Plaintiff and Defendant’s contributions intended their participation in creating the songs to be merged into a whole.


If the two parties are indeed joint authors, then either of them needs the permission of the other to exploit the work, unless they would have agreed differently in writing. However, the written consent of all the joint authors is needed when granting an exclusive license.


In our case, Big Freedia is arguing that Defendant did not make any copyrightable contributions to the songs. He could well have made some contributions, but the argument is that theywere not original enough to be protected by copyright. Indeed, mere ideas and concepts are not copyrightable, and this argument is often used when denying joint authorship.


Authorship is generally a question of fact for the jury, but the parties will probably settle before that phase of the trial and so we may never know.


Plaintiff states however that Plaintiff and Defendant are joint authors of the Choreographic Works, as their respective contributions “were merged into inseparable or interdependent parts of a unitary whole.”


Choreographic works can be protected by copyright if they are fixed, for instance, by a video recording, or by a written and precise notation. But the choreography must be original enough to be protected. It is surprising that Plaintiff states in the complaint that the Choreographic Works “were largely based on and derivative of traditional “bounce” dance movements and other routines [Plaintiff] and his dancers had been employing for years.” Plaintiff seems thus to deny the moves were original enough to be protected by copyright…


The complaint alleges that Defendant is asking Plaintiff to stop using the Choreographic Works claiming that he is their sole author. Plaintiff is asking the court to find that they are jointly authors, or, alternatively, to rule that Plaintiff can use these choreographies without compensation through an implied license.


An implied license can be granted without knowledge. For instance, the Ninth Circuit explained in Effects Associates, Inc. v. Cohen that a plaintiff which had “created a work at defendant's request and handed it over, intending that defendant copy and distribute it had thus impliedly granted nonexclusive licenses to [the defendant].” In Hunn v. Dan Wilson Homes, Inc, the Fifth Circuit Court of Appeals found that Plaintiff in a copyright infringement suit had created an implied nonexclusive license when he had delivered, through his agent, the plans for the four custom homes without any "written or orally communicated restrictions about limits on [Defendant’s] ability to use the delivered drawings."


This case is yet another example of why it is good practice for an artist to sign agreements with every single person who is collaborating with him or her.
Posted by Marie-Andree Weiss at 2:37 pm