Looking Further Under the Airbrushed Hoodie

You may have read on this blog a few weeks ago that Balenciaga America is being sued in the Southern District of New York for having allegedly copied the designs of a New York souvenir manufacturer.


Defendant, Balenciaga USA, had allegedly featured Plaintiff’s designs, a stylized New York City skyline, on a hoodie, a tote bag, pouches and skirts. These luxury models had been designed and produced in France by Balenciaga for its 2017 ‘Balenciaga NYC Tourist Collection,’ whereas Plaintiff’s goods are sold in souvenir shops and airports around New York. 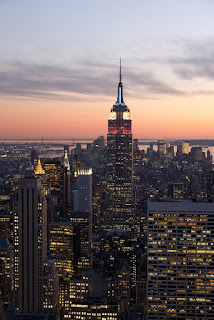 The case is following its course, and Balenciaga America moved last month to oppose Plaintiff’s motion for a preliminary injunction and an order of seizure. Plaintiff claims that Balenciaga America will be transferring the allegedly infringing merchandise out of the United States and has requested an injunction from the court.


The French fashion house detailed its arguments in a memorandum filed on October 18. It claims that it is holding the 36 products at stake in inventory in the U.S., with no intention to export them, and that the preliminary motion is thus unnecessary. It then goes on presenting its defense to the copyright infringement claim.


The legal standard for preliminary injunction


Section 502 of the Copyright Act gives courts the power to grant temporary and final injunctions in copyright infringement suits.


Before the eBay v. MercExchange Supreme Court patent case in 2006, plaintiffs did not have to show irreparable harm to be awarded injunctive relief, but only needed to establish the likelihood of success of the lawsuit. That changed after eBay v. MercExchange, as the Supreme Court held that a Plaintiff seeking a permanent injunction must show he has suffered an irreparable injury. The Supreme Court further explained in Winter v. Natural Resources Defense Council, Inc. that a plaintiff seeking a preliminary injunction must establish: (1) that he is likely to succeed on the merits; (2) that he is likely to suffer irreparable harm in the absence of preliminary relief; (3) that the balance of equities tip in his favors, and (4) that an injunction is in the public interest.


Plaintiff claims that transferring the products at stake outside of the country would make it more difficult to recover damages for illegal overseas sales. Defendant claims Plaintiff has not showed irreparable harm, and it was merely the importer of the goods in the U.S.


Defendant quotes Music Sales Ltd. V. Charles Dumont & Son, a 2009 case from the District Court of New Jersey to posit that exporting goods to the U.S. is not infringement under the Copyright Act, unless a predicate act has occurred in the U.S. that is itself infringement under the Copyright Act. Defendant also cited a Second Circuit case, Update Art Inc. v. Modiin Publ’g Ltd., where the court noted that it is “well established that copyright laws generally do not have extraterritorial application.”


Plaintiff does not quote the next phrase in Update Art, which states the exception to the rule, ”when the type of infringement permits further reproduction abroad — such as the unauthorized manufacture of copyrighted material in the United States.” This does not appear, however, to be the case here, as the allegedly infringing designs have been originally designed and produced in France. Selling them in the U.S. does facilitate further reproduction abroad, especially since Defendant wisely pulled these products from the stores.


Balenciaga America claims that Plaintiff’s original design is a mere “collage of some of the most well-known landmarks in the New York City skyline” and are not protected by copyright.


These “unprotectible elements” are arranged in a different way than the way they have been arranged by Plaintiff. Balenciaga admits that there may be some similarity in the “look and feel “of both works, but that is because they are both done “in a style that has long been associated with hot rods, graffiti art, and hip hop, a style that is decidedly not original to Plaintiff.” Indeed, hot rod cars are often airbrushed, and both designs mimic this technique. 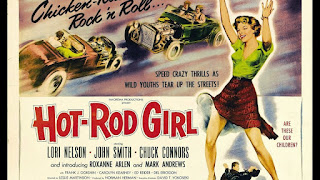 As the works at stake contain both protectable and non-protectable elements, Defendant argue that the court must not use the “ordinary observer test,”used by the Second Circuit courts to assess copyright infringement, which asks “whether the ordinary observer, unless he set out to detect the disparities, would be disposed to overlook them, and regard their aesthetic appeal the same,” but the “discerning ordinary observer test.” This test dos not call for “a piecemeal comparison of each of the protectible elements with its putative imitation, but rather a careful assessment of the "total concept and feel" of the works at issue, after the non-protectible elements have been eliminated from consideration,” Silberstein v. Fox Entertainment Group, Inc.


Defendant argues that both style of the designs are similar only as they “both pay homage to hot rod and graffiti-style airbrushed styles, which belongs to no one (and everyone).” This argument is a bit farfetched, as validating it would mean that no graffiti artists can claim copyright protection for his or her work as the style belongs to no one.


Defendant claimed that it arranged these unprotectible elements in a different way than Plaintiff did in its own works, and that when these elements are filtered out the only copyrightable element left is the arrangement of the building, which is different in Plaintiff’s works and Defendant’s works.


Plaintiff argued in its reply that Balenciaga “had offered no evidence of unoriginality,” quoting Yurman Design Inc. v. PAJ Inc., where the Second Circuit wrote that "[c]opyright law may protect a combination of elements that are unoriginal in themselves.”


Indeed, as explained by the Supreme Court in Feist, “[f]actual compilations… may possess the requisite originality [to be protected by copyright]. The compilation author typically chooses which facts to include, in what order to place them, and how to arrange the collected data so that they may be used effectively by readers. These choices as to selection and arrangement, so long as they are made independently by the compiler and entail a minimal degree of creativity, are sufficiently original [to be protected by copyright].”


The first of the four fair use factors of Section 107 of the Copyright Act, the purpose and the character of the use, focuses on whether the use is transformative.


Balenciaga America claims that the designs are transformative, as they offer “as subversive, tongue-in-cheek commentary on fusty notions of propriety in fashion, and emphasizing the beauty in the ordinary.” It explains that the design were inspired by ordinary objects, comparing the process to Marcel Duchamp using an urinal to create Fountain and Andy Warhol painting cans of Campbell soup (he even declared tomato to be his favorite flavor, although this has been debunked).


Defendant argues that the second factor, whether the protected work is factual or expressive, also plays in its favor as Plaintiff’s work merely depicts New York’s trademark. The third factor should be in its favor as well as it only tool, if indeed it took anything, unprotectible elements. As for the fourth factor, the effect on the potential market, Defendant notes that “it is not unreasonable to think that Plaintiff’s sales have increased from the publicity around this case.”


I must admit that Plaintiff’s products must be on every fashionable copyright attorney or scholar’s wish list now. See you at JFK’s gift shop!