Candy Cane, Carlton, and The Floss: Are These Dances Protected by Copyright?

The New York City Balled first presented The Nutcracker in New York City on February 2, 1954. It is now a New York tradition to attend during the holiday season, if one is lucky enough to be able to do so.


The New York Times published recently an interesting article about what could have inspired The Nutcracker’s choreography by George Balanchine, a short animated film which has recently been rediscovered (it is shown on the NYT article page and it is well worth watching.)


This short film was made by Alexander Shiryaev, who started his career as a dancer with the Imperial Ballet in St Petersburg, and then became, according to the New York Times, “a pioneer in recording dances on film.”


The short movie is a hand-drawn cartoon, and allows us to see a man dressed in a stripped costume dancing while jumping through a hoop. The dance brings to mind one of the most famous of the dances created by Balanchine for The Nutcracker, the “Candy Cane Solo.” 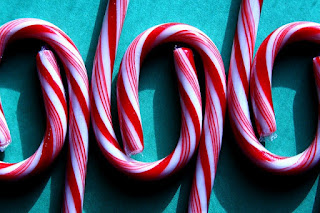 Balanchine started his dancing career in St Petersburg. In his book, 101 Stories of the Great Ballets, George Balanchine wrote that he “liked [The Nutcracker] from the first time [he] danced in it as a boy, when [he] did small roles in the Maryinsky Theatre production.” Indeed, The Nutcracker was first presented to the public in 1892 at the Maryinsky Theatre in St Petersburg, with a Lev Ivanov’s choreography.


As explained in the NYT’s article, Ivanov let Shiryaev “make up his own Trepak, or Ukrainian dance.” So Shiryaev is the original author of this choreography. Balanchine was (very) inspired by it.


This story leads us once more on to the topic of dance and copyright. Dance and copyright seems to have a moment. We recently saw that Big Frieda filed suit against his former choreographer, seeking to have the court declare him to be the sole owner of some choreographies.


Protecting a Choreography in the U.S.


Choreographies are protected by U.S. copyright, but, like any other works, they must be original and fixed in a tangible medium of expression. You can find more about it in this U.S. Copyright Office Circular on Choreography and Pantomime.


Fixed in a tangible medium of expression


Under current U.S. copyright law, the Shiryaev’s film, which consists of some 2,000 drawings, would certainly is enough to “fix” his original choreography. The NYT article notes that few dances from the early twentieth century have survived, and so they can only be imagined by looking at highly technical notations, decipherable only by specialists.” Indeed, choreographers may rely on highly technical notations, decipherable only by specialists,” but also on doodlings or on films. Now, of course, they can also rely on social media.


Not all dances are deemed to be protected by copyright. New York state does not recognize pole dancing as being worthy of protection, as the dance, or at least as still performed in that particular case, is not original enough.


But what about the Carlton Dance? Alfonso Ribeiro made this dance famous when performing it as Carlton Banks in The Fresh Prince of Bel Air. He is now suing Epic Games, which created and commercialized the very popular video game Fortnite: Battle Royale.


The Fortnite characters can erupt into dances, if the player has bought the character emote from the Fortnite store. One of these dances is the Carlton Dance. Another one is the Hootenanny dance from the 1994 “Dumb and Dumber” movie, made famous by Jim Carrey, or the Ride the Pony dance move featured on the Gangnam Style video. No suit has been filed to protect these moves yet.


As mentioned by Ben in the CopyKat, rapper 2 Milly also filed a copyright infringement suit against Epic Games, claiming infringement of his Milly Rock dance. So is now the Backpack Kid, seeking to protect his own dance, “The Floss.” Social media phenom Russell Horning, aka the Backpack Kid, posted The Floss one day on Instagram, Rihanna reposted it, Katy Perry invited him to join her on Saturday Night Live, and the rest is history. Russell has announced that he, or, rather, the adults in his life, will sue Fortnite as well.


In the case of The Floss dance, the issue may be less whether the dance is protected by copyright than whether Epic Games has infringed Russel Horning’s right of publicity. The Floss may, or may not be original enough to be protected by copyright, but Russell, performing it as the Backpack Kid, complete with, yes, a backpack, can and should protect this dance and his persona using the appropriate right of publicity law. Indeed, the 2 Milly complaint (HT Eric Gardner from The Hollywood Reporter) claims copyright infringement, but also right of publicity infringement.


Dance has evolved since the Nutcracker, and so should be the ways to protect the work and personas of the new dancing stars.

Candy canes images is courtesy of Flickr user liz west under a CC BY 2.0 license.
Posted by Marie-Andree Weiss at 1:34 pm