Authentic or not? That is the question. 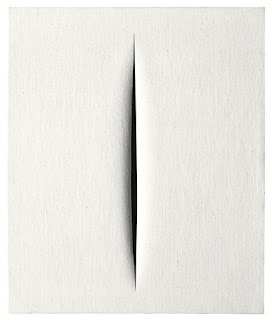 The certificate of authenticity is one of the most important documents for a work of art.

Authentication of contemporary or modern art can also occur indirectly, through the publication in the artist’s catalogue (raisonné or general). Accordingly, many art disputes raise from the refusal of artists’ foundations or archives to include certain works in the artist’s catalogue, implicitly denying their authenticity, and thus decreasing or altogether removing their economic value.

Recently, the Court of Milan decided a case concerning one “cut” made by Lucio Fontana, that his foundation refused to include in the artist’s catalogue.  According to the foundation, after realizing the work, the artist would have discarded it, being irremediably damaged by the joining of the frame to the canvas while the color was still fresh.  The fact that the work was discard would be further proved by the lack on the work of either the date and the artist’s signature, these being two elements which usually characterize Fontana’s original works.

The Court reversed Lucio Fontana Foundation’s decision and held the work authentic. More specifically, the Court found that no accident occurred, and that the lack of date and signature cannot be considered decisive in determining whether the work was discarded by the artist or not. The Court considered the artwork as an atypical piece in Lucio Fontana’s artistic production, compared to other artistic and similar artworks already included in Lucio Fontana’s catalogue.

The decision is interesting as the Court – though considering the work authentic- rejected the plaintiff’s request to include the work in the artist’s catalogue. The Court implicitly recognized a link between archiving and authentication, stating that the freedom of opinion cannot be compressed and that the Foundation is free in certifying the authenticity of artworks on owners’ request.

The decision of the Court of Milan can still be appealed. Meanwhile, it will be interesting to see how the market will consider the work: as an authentic work or not? The sale price will likely be the main clue.