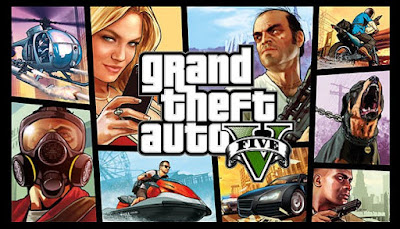 A Grand Theft Auto V 'cheat maker' has been ordered to pay $150,000 in copyright damages: Rockstar Games' parent company Take-Two Interactive has won a default judgment against the developer of the GTA V cheat maker "Elusive". The Florida-based defendant has been ordered to pay the defendant company $150,000 - the maximum that could be awarded as copyright infringement damages. Take-Two Interactive Software, the company behind ‘Grand Theft Auto V’ (GTA V) has filed several lawsuits in the US and abroad, targeting alleged cheat software. It was last August the company filed a case against Jhonny Perez, accusing him of copyright infringement by creating and distributing a cheating tool. Elusive could be used to cheat and allegedly interfere with other game players. With the defendant apparently ignoring offers of a setlement, Take-Two filed for a default judgment. Take Two say that the software represents both direct and contributory copyright infringement. “Take-Two has been irreparably harmed by Mr. Perez’s infringing conduct and will continue to be harmed unless enjoined” US District Court Judge Kevin Castel wrote, adding “Mr. Perez’s Elusive program creates new features and elements in Grand Theft Auto which can be used to harm legitimate players, causing Take-Two to lose control over its carefully balanced plan for how its video game is designed to be played,” he writes. In addition, the Judge noted that the cheat discouraged users from future purchases and gameplay and that the unlimited currency cheat undermined Take-Two’s pricing and sales of legitimate virtual currency and found the cheat maker guilty of both wilful direct and wilful contributory copyright infringement, as well as breaching Take-Two’s user agreement. The Court ordered Perez to may the maximumstatutory damages of $150,000 and an additional $66,868 in attorney’s fees. 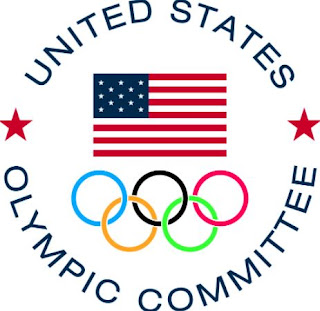 The US Olympic Committee  (USOC) is being sued copyright infringement. Kevin Downs, a professional photographer, has filed his lawsuit against against the USOC in the U.S. District Court for the District of Colorado, alleging that a photo he captured at an outside table tennis match in New York City has been used without his permission. The photo, attached to Downs’ Complaint as an exhibit, was previously registered by Downs with the U.S. Copyright Office. Downs complains that the USOC ran an article on the TeamUSA.org website featuring the copyrighted photo without Downs’ consentbut with a credit that reads, “Daily News/Kevin C. Downs.” Does that give USOC the right to republish the image: it is a sign of good faith? But what is the right to good faith in the US? Whilst Downs may have missed out on a potential licensing fee in this case, the image does not seem to be so important for the purpose of the article that it was a necessary element that the publisher benefited from to any great extent. Downs’ photograph was a public work that was used as part of an article that disseminated facts and information to benefit the public. The article was informing the public that the streets in Midtown New York City were car-free in order to provide for outdoor festivities, including ping pong. The picture demonstrates the performance of ping pong on the streets. While Downs may have a perfectly viable copyright on his photograph, it does not necessarily mean he has the best case against the USOC in this instance - does it?

A Las Vegas artist has accused pop star Ariana Grande of using imagery from his paintings, without his permission, in the singer's "God is a Woman" music video. The artist, Vladimir Kush, filed a federal lawsuit forcopyright infringement in Nevada. In the lawsuit, Kush asserts Grande's imagery in her music video was "nearly identical" to his paintings and the minor differences Grande has made "does not change the viewers' impression." The scene in Grande's music video that Kush has claimed copyright for depicts the singer as a candle wick while a bright flame surrounds her. Light from the candle flame radiates out against a blue, cloudy sky. The scene appears a little over a minute into the music video. Both of Kush's paintings, "The Candle" and "The Candle 2," portray a woman's silhouette as the wick of a large candle. Kush obtained copyright for the paintings in 1999 and 2000 and according to the lawsuit. "While there are many ways to depict a woman dancing in the wick of a candle – even with a heavenly background – Defendants clearly copied Mr. Kush’s expression of this idea," the lawsuit said. Kush's attorneys said in the lawsuit the video director and production team for "God is a Woman" have faced at least two previous copyright infringement lawsuits from other artists. The lawsuit has asked that Grande remove the video from the Internet. Kush was also seeking damages and attorney's fees. 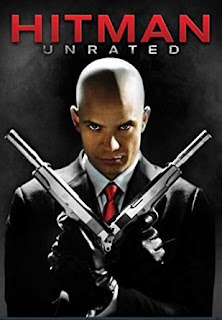 A 70-year-old UDS man accused of downloading the Hitman movie through torrent not only denied the charges but he then took legal action to fight back. Perhaps unsurprisingly, the plaintiffs dropped the case, and the court dismissed it, BUT the court promised to re-evaluate the way it handles such cases. Whilst the defendant and his lawyer were disheartened with the dismissal, is there still a chance to push things further?

Kodak is in the photography news - but for all the wrong reasons: Kodak launched an on-demand photography service called Kodakit back in January 2017 that aims to connect photographers to brands looking for photography. But there’s something all photographers need to know about this “Uber of photography,” as it’s been called: it demands that the snapper signs over the “entire copyright” to the photos they shoot. - they even need permission to use them for their own portfolios! 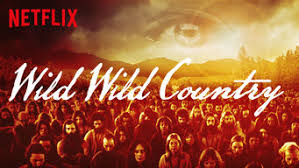 Wild Wild Country directors Chapman and Maclain Way, Duplass Brothers Productions, and Netflix have been sued by the Osho International Foundation, a group that promotes the teachings of the documentary’s subject, controversial Indian guru Bhagwan Shree Rajneesh (aka Osho). Osho International claims a number of their copyrighted videos were used without permission. Filmmaker Michael Hilow, another plaintiff in the lawsuit, says footage from his 1993 documentary Rajneeshpuram an Experiment to Provoke God was also used without his permission. Osho is described in the complaint as a Swiss company that publishes, licenses and archives the work of Bhagwan Shree Rajneesh, the controversial guru at the centre of the Netflix series. Hilow directed a 1993 documentary Rajneeshpuram an Experiment to Provoke God. It seems scenes from that film, along with three works controlled by Osho International, are shown in Wild Wild Country and it is alleged that the first episode alone contains 88 separate "instances of appropriation," totaling more than 12 minutes. Wild Wild Country tells tells the story of a controversial guru who builds a utopian city in the Oregon desert, it causes a massive conflict with local ranchers. Osho International and Hilow are asking the court to grant an injunction barring Netflix from further infringing their copyrights and are seeking damages and disgorgement of the streamer's profits. It is asking the court to grant an injunction “permanently restraining and enjoining [Netflix], their officers, agents [sic] employees, and attorneys, and all those persons or entities in active concert or participation with them, or any of them, from further infringing” the foundation’s copyrighted works.” The company is seeking damages and disgorgement of Netflix’s profits. Its suit is just the latest alleged charge of copyright infringement to hit the streaming service in recent months. 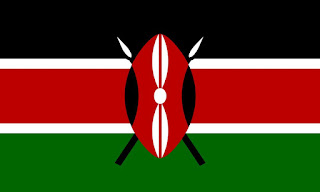 Has a UK company copyrighted Kenya’s national anthem? A YouTuber has reignited discussion on the Kenya national anthem’s ownership rights after revealing how a UK based company has claimed copyright. De Wolfe has published an orchestral arrangement of Kenya’s national anthem that it states was created in 1990. Kenya Copyright Board (Kecobo) has responded, explaining  that Kenya’s national anthem had copyright that lasted for 50 years. This lapsed in 2013. Further, the Copyright Act has not been amended clarify the right to juse the work -  but that the use of such works IS subject to authorization as required under the National Flags, Emblems and Names Act. “Kecobo is at the moment studying the terms and conditions in YouTube platform with a view of requesting for a take-down of all content offending the National Anthem by the said Company and others as well,” the board added.

“Agreementreached on copyright" ! Europeans will finally have modern copyright rules fit for digital age with real benefits for everyone: guaranteed rights for users, fair remuneration for creators, clarity of rules for platforms” EU digital chief Andrus Ansip has said in a tweet - although not everyone agrees! 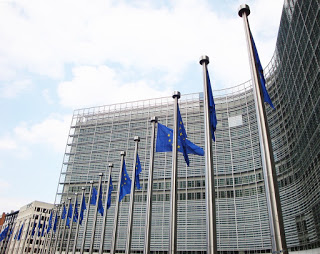 Under the planned new rules, Google and other online platforms may well have to engage with rights holders to use their work online, and Google's YouTube and Facebook’s Instagram and other sharing platforms will be required to install upload filters to prevent users from uploading copyrighted materials.Google, which has lobbied intensively against the planned legislation has said it may pull Google News from operating in Europe, but said it would study the text before deciding on its next steps. “Copyright reform needs to benefit everyone - including European creators and consumers, small publishers and platforms ... The details will matter,” the company said in a tweet. Spain and Germany had in recent years tried to force Google to pay publishers for taking snippets of their news articles, but that backfired after Google News pulled out from Spain and traffic of German publisher Axel Springer plunged after it sought to block the search engine. EU lawmaker Axel Voss said it was time internet giants pay their dues to rights holders: “This deal is an important step toward correcting a situation which has allowed a few companies to earn huge sums of money without properly remunerating the thousands of creatives and journalists whose work they depend on,” he said. However, MEP Julia Reda from the Pirate Party again voiced concerns, saying that algorithms in upload filters cannot tell the difference between copyright infringements and legal parodies. “Requiring platforms to use upload filters would not just lead to more frequent blocking of legal uploads, it would also make life difficult for smaller platforms that cannot afford filtering software,” she said. Online platforms in existence for less than three years and with less than 10 million euros in revenue and fewer than 5 million monthly users are exempted from installing upload filter. Nonprofit bodies, online encyclopedias such as Wikipedia, and open source software platforms such as GitHub will be able to use potentially valuable data for research and educational purposes without being subjected to the copyright rules. “It will become much harder for users to share their own, non-commercial music, video or photo creations online. This reform is not based on the reality of how people use the internet,” its deputy director general, Ursula Pachl, said. The agreement needs approval from the European Parliament and EU countries before it can become law. The European Parliament's legal affairs committee has voted through the final draft of the European Copyright Directive, with sixteen votes in favour and nine against. The JURI committee was expected to  back the final draft of the copyright reforms, which now face a vote the full Parliament - and whilst this is expected to be a formality, it is still not guaranteed to pass the draft Directive.
With many thanks to  Akshat Agrawal for all of his work on this CopyKat