What's NOT in a quote? The answer is: copyright infringement 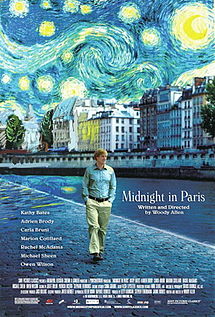 A few months ago this blog reported news of an interesting lawsuit that the owners of the rights to the literary works of William Faulkner filed against Sony Pictures over Woody Allen's 2011 film Midnight in Paris.

This unusual and lovely (at least in this blogger's opinion) film features Hollywood screenwriter Gil Pender (Owen Wilson) who, while on holiday in Paris with his fiancée, finds himself going back to the 1920s every night at midnight, thus meeting great expatriates of that time, including Hemingway, the Fitzgeralds, Gertrude Stein, Picasso, Cole Porter, Dalì and Gertrude Stein.
The film includes a scene in which Gil says "The past is not dead. Actually, it’s not even past. You know who said that? Faulkner. And he was right. And I met him, too. I ran into him at a dinner party."

Apparently Sony had not sought permission to include this quote from Requiem for a Nun, which contains the statement "The past is never dead. It's not even past.” Therefore, the owners of the rights to the book decided to file a lawsuit, claiming copyright infringement, commercial appropriation and violation of the Lanham Act.

As also reported by Ben, a couple of days ago Judge Micheal Mills of the US District Court for the Northern District of Mississippi (quite unsurprisingly) ruled that use of a single line from a full-length novel singly paraphrased and attributed to the original author in a full-length Hollywood film did not amount to copyright infringement.

The judge recalled the Fifth Circuit's approach to questions of copyright infringement: “the substantiality of the similarity is measured by considering the qualitative and quantitative significance of the copied portion in relation to the plaintiff’s work as a whole.” This mirrors the third factor of the fair use defence in §107 of the US Copyright Act (“the amount and substantiality of the portion used in relation to the copyrighted work as a whole”).

Among other things, the Faulkner Estate argued that Sony had received permission from other artists for use in Midnight, such as Cole Porter’s song Let's Do It (Let’s Fall in Love) and
Pablo Picasso’s artwork. The judge held that "This court’s inquiry is whether the use of Faulkner’s quote is fair use, not whether the rest of the work used in the film would have required a license agreement ... The court notes the obvious distinction between the use of Cole Porter and Pablo Picasso’s work at the outset, however: they are used in their entirety while Requiem is used by fragment only. Thus, the court finds this consideration to be irrelevant."

This blogger is pleased with the outcome of this case. She wonders however if it is because of lawsuits like these being filed in the first place that sometimes copyright may not enjoy such a great reputation and be actually perceived as rather a bothering and risky obstacle along the way to producing new creative works. Just to use another Faulkner's quote, the end result might be to think along the following lines: "I'm bad and I'm going to hell, and I don't care. I'd rather be in hell than anywhere where you [and copyright] are".
Posted by Eleonora Rosati at 10:20 am