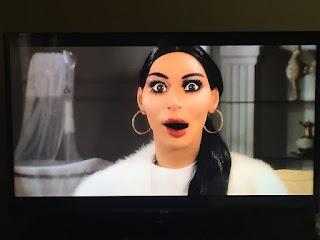 The complaint alleges that the inexpensive and fast fashion retailer is using Kim Kardashian’s likeness on its site and on its Instagram account to sell clothes. The pages on the site referring to the petite celebrity are no longer available, but the complaint shows a page entirely dedicated to the Kardashians, including a page named “crushin’on kim k,” featuring several photographs of Kim Kardashian, and another page named “5 party looks inspired by the kardashians” featuring Plaintiffs and several of her sisters.


The complaint states that Kim Kardashian commands a fee of several hundred thousand dollars for a social media post, while “longer-term endorsement arrangements regularly garner fees in the millions of dollars.” 120 million people follow her on Instagram, and a little less than 60 million do so on Twitter. The celebrity owns also several trademarks protecting cosmetic and fragrance products.


Kim Kardashian posted this month on her Instagram account a picture of herself wearing a golden dress, writing in the caption “P.S. fast fashion brands, can you please wait until I wear this in real life before you knock it off?” Missguided answered to this post on its own Instagram account with a picture of a model wearing a similar dress with the caption “The devil works hard but Missguided works harder. @kimkardashian you’ve got only a few days before this drops online.”


This particular post raised the attention of Diet Prada, a site dedicated to fashion copycats. It posted that this exchange may well be the fruit of a collaboration between the celebrity and the retailer without revealing the endorsement, adding that “The lack of transparency around celebrity endorsements is a big problem facing social media. We think we smell a rat.”


This is of course a reference to the Federal Trade Commission rules on social media endorsements, under which an endorsement must be disclosed, so as not to be deceptive advertising.


A few days later, Diet Prada again shared in a post that Kim Kardashian may very well have a secret collaboration with yet another fast fashion retailer, Fashion Nova, as it put a sale a copy of a Thierry Mugler vintage dress shortly after Kim Kardashian wore it to an awards soirée.


The complaint may be an answer to these allegations. It explains that Kim Kardashian selectively chooses which products or services she endorses, and as such controls the use of her likeness and trademarks.


The California statutory law protects use of a person’s name, voice, signature, photograph and likeness for purposes of advertising or selling, or soliciting purchases of products, merchandise, goods or services, without this person’s prior consent. The complaint claims that Missguided used Plaintiff’s likeness to sell clothes, on its site, and on Instagram, as it often features on its social media posts links to buy clothes on its site.


Plaintiff is asking compensatory and treble damages in an amount to be proven, but in no event less than $10 million. That would buy a lot of dresses, whether vintage or knock-offs.
Image is courtesy of Flickr user arcticpenguin under a  CC BY-NC 2.0 license.

Posted by Marie-Andree Weiss at 6:57 pm