Royalty Reporting: Directly and Identifiably Up the Creek

To my surprise, and in the unaccustomed guise of devil's advocate, I find myself agreeing on this one occasion with a behemoth - Google. And it is all Tim Quirk's fault - bless him!

To be precise, I find myself agreeing with William Patry, Senior Copyright Counsel at Google and author of the book and new blog Moral Panics and the Copyright Wars. Speaking in this instance "on his own behalf" on 1st December at IQsensato, Patry attempted to explode the myth that stronger copyright and attempts to end infringement will save the industry. He ventured: "if life conflicts with theory, then the theory has to be changed or abandoned … we can’t follow ideology at the expense of reality." Hear, hear.

Patry, referring to 1709's elderly chum St Columba, asserted that the “ideology of copyright has protected business models little advanced” from an Irish dispute from the 560s.

In support of this sensible suggestion, I offer readers this illustration about music industry business models:

Ben Challis' piece on this blog in October looked at the realities of the Spotify business model. One of the difficulties being experienced by musicians is the difficulty their corporate partners seem to be experiencing accounting accurately to the talent for sales and use of their music over the internet. Record contracts allocate revenue where it is "directly and identifiably" attributable to an artists's work. 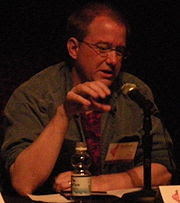 A piece on CMU Daily on 4th December reported on the recent digital use royalty statement for a whole $62.27 provided by Warner Bros. to Tim Quirk (left) , frontman of US nineties rockers Too Much Joy. As Quirk works now for a big US digital music company, he is extremely well-placed to compare music use reporting facilities from music dissemination services with reporting "facilities" at his erstwhile record company. 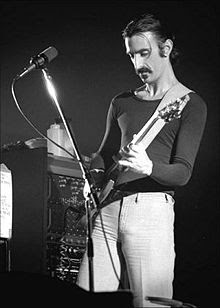 If readers can think they can control their rage at record companies' continued problems with their accounting practices, the deliciously frank Quirk piece here , My Hilarious Warner Bros. Royalty Statement, is really instructive. And, Quirk salutes the rational Pete Jenner, one of the smartest music managers around when it comes to the digital challenge and who has a 360 approach we should all be able to support.

SABIP-commissioned research revealed that filesharers (allegedly) might access more music lawfully if they believed the money was paid to the talent.

For the music industry, so well-organised and so successful in bringing the economic problems of the music industry to goverment and public attention, things may not be so rosy while old business models are having to be squished into the digital dissemination business. (Though, the real mystery is how the talent and the corporations have managed to get so far when their relationship is so riddled with inequity.) Artists are still burdened with contracts that were drawn up in a climate where manufacturing, packaging, promotional and distribution costs were huge (from the record companies' accounting perspective). Artists bound by old agreements, like Quirk, find themselves subject to a royalty calculation model that bears no relation to the reality of doing business in the digital world.
I am not sure what the solution is, but, if SABIP's results are to be believed, consumers are unlikely to respond positively by paying for music if they are aware of the parlous state of record companies' accounting practices.
Let's leave Patry with the last word: "The real problems of the content-producing industry today are business problems.......copyright law has become a crutch used by incumbents in the industry to preserve their incumbency against innovative newcomers".
Posted by Harcourt at 1:09 pm