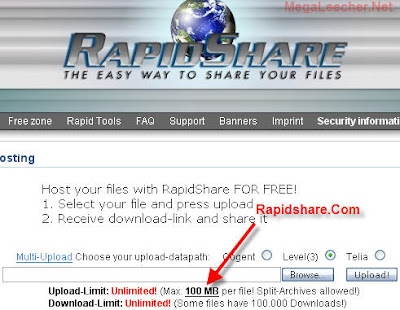 Google has taken the somewhat unusual step of asking a California judge to declare that it is not liable for copyright infringement, simply by linking to copyright-infringing works on Rapidshare. The move arose afterthe action brought by Blue Destiny Records last year alleging that the search engine and others were liable. Google is keen to establish that it is not facilitating the illegal distribution of copyrighted songs.

In 2009, the small blues label sued Google, Microsoft and Rapidshare in Florida, claiming that Rapidshare was running "a distribution centre for unlawful copies of copyrighted works," and that Google and Microsoft's Bing search engine were helping to prop up the company. The label argued that users could easily find copyrighted songs on file-hosting websites by doing a simple Google or Bing search. Whilst the suit was then withdrawn, Blue Destiny refused to waive its rights, preserving its option to re-file its claims.

Now Google has decided that it wants a court to decide the issue and the Company has filed a 96-page complaint with the California district court, asking for a declaratory judgment that it's not infringing Blue Destiny's copyrights. It seems to be a clever move and Billboard Magazine points out that the label is now on the back foot, facing a major court case on an important issue – and that “Google gets a more favorable jurisdiction than a Florida court. The Ninth Circuit has been friendly to Google in similar litigation with Perfect 10, an adult entertainment publisher that tried to punish search engines for indexing copyrighted photos”.