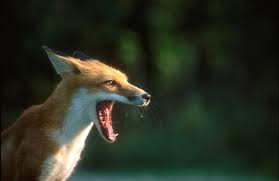 The BBC and Which? both report that Andrew Crossley, the lawyer behind controversial law firm ACS:Law, has withdrawn from pursuing 26 alleged illegal filesharers, blaming “criminal attacks” and bomb threats as reasons. In a statement read out in court by Tim Ludbrook, barrister for MediaCAT, Crossley’s client, Mr Crossley says "I have ceased my work...I have been subject to criminal attack. My e-mails have been hacked. I have had death threats and bomb threats," adding "It has caused immense hassle to me and my family". This Blog previously reported (28/09/10) that in September, ACS: Law was the victim of a cyber attack which exposed thousands of its e-mails which provided personal details of the people ACS:Law were pursuing and the pornographic films they were accused of downloading for free. That data breach is the subject of an ongoing investigation by the Information Commissioner. Which? had complained to the Solicitor's Regulation Authority over ACS: Law's 'bullying' and 'excessive' behaviour in 2009.

Colin Birss QC, Judge of the Patents County Court, seems rather unimpressed with ACS:Law and Mr Crossley, with the BBC reporting that Judge Birss described the twists and turns as "mind-boggling" and saying “I am getting the impression with every twist and turn since I started looking at these cases that there is a desire to avoid any judicial scrutiny”. But it was the detail that came out in court that was fascinating – and the court heard that when any revenues are generated from ACS:Law’s actions, the law firm received a 65% share with copyright owners getting 35%. The monies are primarily from members of the public who have settled after receiving letters threatening a court action unless a payment of £500 is made.

The BBC reports that in his statement Mr Crossley said of the 26 potential actions "It has always been my intention to litigate and, but for the fact that I have ceased this work, my intention was to litigate forcefully in these 26 cases”. The court was not going to automatically agree to that either and Judge Birss said granting permission to discontinue the cases was not a simple matter, due largely to the fact that the actual copyright holders were not in court. This meant that, in theory, these copyright holders could continue to pursue cases against the 26 defendants. The case seems to have been made even more complicated by the fact that a new firm, GCB Ltd, had begun sending similar letters, including one letter to one of the defendants who had been told just the day before that no further action would be taken, although Mr Crossley said in his statement that there were "no new letters pending" and that GCB Ltd had also halted its work. He then explained that he had no connection with GCB Ltd beyond the fact that the founders of the firm had previously been employed at ACS: Law.

This is not the only scam ACS has been up to of late; check out this link for more on ACS….