Closing the window – but have the little birds flown? 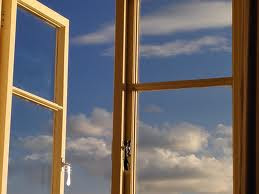 Readers of this blog may or may not be aware that almost ever since radio, and then television, became the music industry’s most important marketing tools, record labels and artists have used what seems to be an ever extending time period between releasing a track to the media and actually selling discs (and now downloads) to the consumer to promote the song and the sound recording. For the last few years, as rampant peer to peer file swapping and illegal downloading seriously decimated record label’s profits, many commentators have warned the labels that the ‘I want it now’ generation – brought up in a digital world of instant gratification - Google, Youtube, Spotify, We7 - simply won’t play the waiting game, however hard the labels try.

Now Sony and Universal have finally decided to give in - by making legal downloads available on the same day that tracks hit the radio airwaves. With labels have sometimes waiting up to six weeks between starting promotion and releasing tracks to customers the writing was definitely on the wall for the practice – enhanced by the idea that if the digital customer can’t buy then they might just might ‘steal’. Universal Music CEO David Joseph seemed to acknowledge this saying "what we were finding was the searches for songs on Google or iTunes were peaking two weeks before they actually became available to buy ... meaning that the public was bored of - or had already pirated new singles". Sony, which will begin its "on air, on sale" policy simultaneously with Universal Music next month, had massive success by immediately releasing X factor winner of Matt Cardle's single When We Collide as the TV series ended. It sold 439.000 digital copies in the UK – and Jessie J’s single “Do it like a Dude” was also released to radio and consumers on the same day – reaching No 5 in the charts last week.

Interestingly, Sony and Universal have both notified Ed Vaizey, minister for culture and the creative industries of the move. It will be interesting to see what the film industries make of the move – and whether or not we will see a shift in release patterns to cinemas, DVD and television to try to beat the pirates.

http://www.guardian.co.uk/business/2011/jan/16/universal-sony-music-singles-release
Posted by Ben at 9:24 pm