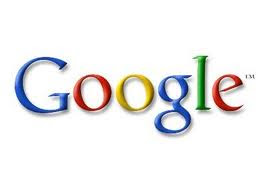 Google have reportedly filed a paper with the New York District Court in support of MP3tunes.com in its ongoing legal battle with EMI, joining The Electronic Frontiers Foundation who had previously filed an Amici curiae brief in support of the company and its founder Michael Robertson. MP3tunes provides an online music “locker” service where users can store their music and access it from computers and mobile devices. MP3tunes also operates a music search engine called Sideload where users can find music tracks on other sites and then put them in their locker. EMI says the service makes mass copyright infringement easy by letting users upload music they didn’t buy and providing links to online songs that users can then “sideload” into their library and EMI claims that digital locker service such as MP3tunes infringes copyright unless licensed by rights holders . Robertson unsurprisingly argues that EMI’s position is an incorrect interpretation of copyright law saying that MP3tunes is shielded from liability by the “safe harbor” provisions of the Digital Millennium Copyright Act - because it doesn’t encourage copyright infringement and promptly removes infringing content when notified but EMI. Applying for summary judgment, said that “This case is about defendants’ unlawful exploitation of copyrights they do not own to advance their own business interests,” saying “Defendants’ plan was simple: Steal assets, build up a user base, and sell the company before copyright owners could obtain a judgment and shut the service down.” Robertson is a veteran of digital companies. He first tangled with the music industry a decade ago with his previous company, MP3.com which, whilst it was successfully sued by the major record labels, was brought by Universal Music. Last year Robertson sold his web based calling startup company Gizmo5 to Google for $30 million.

The case may well have an important bearing on the future of similar services and Google’s move is seen by some as confirmation of the web’s leading search engine’s (and owners of YouTube expanding) ambitions in the digital content space with a move to these called digital or “cloud-based” lockers and it is widely believed that when Google launches its long awaited music offer, a cloud based digital MP3 storage facility will be at its core.

EMI, which is one of a number of claimants brining the action, have already asked a New York federal judge to bar the EFF from filing their friend-of-the-court. EMI says the brief, supporting MP3tunes argument that it’s not responsible for what music its users store on its servers should be barred because it is “a pure advocacy piece, not a ‘friend of the court” further arguing that EFF’s brief is too long, thereby “circumventing” the court’s “page restrictions” causing “additional burden” to the court and “prejudice” to the EMI. Because EFF’s brief supports MP3tunes, EMI says, its arguments are “duplicative” and should not be allowed. In addition, EMI says, EFF’s brief “contains unsupported speculation that is not helpful to the Court”. The US Consumer Electronics Association, Home Recording Rights Coalition and IP lobbying group Public Knowledge are also expected to support MP3tunes in the case – EMI is joined as a plaintiff by a number of record labels and music publishers including Capitol Records, EMI Virgin songs and Jobete Music and has the support of the Recording Industry Association of America.

Although Google is thought to be talking to the four majors and big indie labels about licensing its digital music offer, Google must clearly recognise the importance of a win for MP3tunes for the future of cloud computing ansd one which would free them from the legal necessity of dealing with record labels, music publishers and collection societies. When the EFF launched their amicus brief, EFF senior staff attorney Corynne McSherry said ”The DMCA safe harbors were designed to encourage the growth of new internet innovations and expression by helping service providers manage their legal exposure, and they’ve been an extraordinary success,” adding “Without the safe harbor provisions, companies like YouTube, Facebook, and many others could have been shut down before they got off the ground. That’s not what Congress intended.”

Commenting on Google's submission Robertson told P2Pnet last week: "Since Google has bet their entire future on the cloud it's not a surprise to see them supporting MP3tunes. This will be a defining case about the future of cloud services" and told Wired.com “This case will define digital-media ownership in the 21st century” adding “Can companies assist their consumers in storing their possessions on the cloud where they can control them? That’s the issue at stake.”

This is fascinating when you consider that Apple is a borderline owner of EMI following the Beatles agreement.

Google is essentially attempting a kind of cyber land grab writ large and fed by the premise that its boxes are more important than the things they contain.

I sense a massive toe stub coming for a firm that has grotesquely over reached.

Intellectual property protections are a fundamental of robust commerce.

This money quote “Without the safe harbor provisions, companies like YouTube, Facebook, and many others could have been shut down before they got off the ground. That’s not what Congress intended.” is particularly funny when you consider a corrolary.

Without IP protections like, I dunno, patents, trademarks and uuuh copyrights You Tube, Facebook and Google never would have had ground to get off of. That probably isn't something anyone intends.

I can't wait for Google to put its mouth where its money is and start handing us all of their proprietary patents and protections so the internet can thrive and burst with all this innovation we all find to be so essential.

I wish MP3Tunes would just drop the Sideload portion of its business model. I would like to see the case tried--not on the site's functionality that promote copyright violations--solely on the arguing of users' rights to digitally stored legally owned digital music. I know the former aspect is important, too, but it risks losing the baby (digital storage) along with the bath water (sideload).