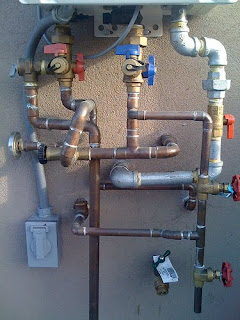 The Australian Federation Against Copyright Theft (AFACT) has lost its appeal against Australian ISP iiNet. In the absence of specific legislation in Australia, AFACT, representing the TV and movie industries, had argued that net companies had an obligation under Australian copyright laws to take a proactive role in policing online piracy and that the Australian ISP was responsible for illegal content downloading by its users. The acts of copyright infringement in issue in the case were copies of films illegally accessed by iiNet users using the BitTorrent system of file sharing. Under the Australian Copyright Act an intermediary that authorises the infringing conduct is also liable for infringement. To be liable for authorisation, a party must sanction, approve or countenance the infringement. This will depend on the extent (if any) of the relationship with the infringer, its power to prevent the infringement and whether it took any reasonable steps to prevent or avoid the infringement (1).

Australian courts had previously found that Kazaa was liable for ‘authorising’ infringement (2) and clearly content owners were hoping that the courts would extend copyright law to include a duty on ISPs to monitor and filter unlicensed content on their networks, and/or to find that that a failure to do so would make them guilty of authorising. A majority of the three judge appeal panel in the Full federal Court dismissed the appeal from a lower court’s decision (Justce Cowdroy) holding that even though iiNet was dismissive of copyright infringement complaints, that fact alone did not mean it was liable for authorizing infringement. All 3 justices in the appellate court found that in appropriate circumstances it was appropriate to disconnect customers (one even outlined a potential termination strategy). In a dissenting judgment, Justice Jagot held iiNet liable for authorising users’ acts of copyright infringement and that the trial Judge had erred in holding that the relevant test was whether iiNet had provided the ‘means’ of infringement.

AFACT still have the right of further appeal to the Australian High Court. iiNet CEO Michael Malone welcomed the ruling, saying "Today's judgment again demonstrates that the allegations against us have been proven to be unfounded. We urge the Australian film industry to address the growing demand for studio content to be delivered in a timely and cost effective manner to consumers, and we remain eager to work with them to make this material available legitimately". In response to the judgment AFACT’s Executive Director Neil Gane told reporters "it cannot be right" that an ISP takes no responsibility for copyright infringements on its network.

Interestingly Google recently announced a number of new initiatives it says will help combat copyright infringement online, including a new promise of 24-hour turnaround on takedown requests, and preventing terms associated with piracy from appearing in its "autocomplete" search results – including terms associated with BitTorrent and utorrent, RapidShare and Megaupload. As the ‘dumb pipes’ start to look more and more clever the protection of ‘safe harbour’ provisions must surely look more and more unfair to content owners. Google recently concluded a deal with ISP Verizon where it seems Verizon agreed to prioritise certain internet traffic, Google also told the music industry that they could remove pirated material IF they got paid, and auction site eBay agreed to police their own site for London 2012 Olympics tickets – all signs that perhaps the dumb pipes aren’t that dumb after all.

The industry is still hoping for some sort of variation on the Blank Media Levy ,struck down by the High court in 1991, it was a loss that they have never really gotten over.