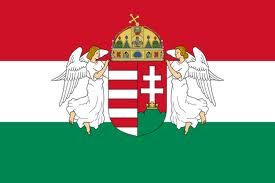 I am writing this blog from my hotel room at the ultra posh and culturally stimulated Kempinski Corvinus hotel in Budapest, currently celebrating the 200th birthday of Franz Liszt and holding an exhibition of the photographs of Tomas Opitz in the Hotel’s own Gallery. All very apt, as I have been speaking at a one day conference with the (translated) title of New Ways and New Trends in Arts Management which was hosted by the British Embassy in Hungary and which launched a book of the same name, a book to which I have contributed a chapter on sustainability in the arts – nope, not on copyright – I do have another life although readers of this Blog may not be aware of the fact this! I work with two organisations in the world of green, the first simply called ‘A Greener Festival’ (www.agreenerfestival.com) which perhaps unsurprisingly works towards promoting environmentally friendly practices at music and arts festivals, and the second the more intriguingly named ‘Julies Bicycle’, the cross music industry initiative on climate change (more at www.juliesbicycle.com) which is a world leader in promoting sustainability in the arts.

After four presentations on sustainable development in the arts, the conference took an interesting look at the arts in the digital age and first up Marc Sands, Director of Media and Audiences at the Tate Gallery who gave a really interesting talk about what the Tate has been doing in the digital realm, beginning with the clarion call to museum and gallery staff “if your boss doesn’t have a Facebook account then make them open one”! Marc, and Barnabas Bencsik from the Ludwig Muzeum in Hungary, both explained how important the web, Facebook and Twitter has become not only in attracting new audiences to their physical world but also in allowing many many more people to enjoy experiencing the Tate and the Ludwig online. The Tate is going to launch a new website soon and the sheer detail and amount of well organised content looked fascinating – something to enjoy when it is launched.

The final session featured three speakers who were looking at preserving and making available culture in the digital age. First up was Agata Waclawik-Wejman, a policy counsel for Google based in Poland. Agata’s take on Google’s role in the arts was very positive and (of course!) she gave a very positive spin on Google Books, Google work with the visual arts (including the Tate) and Google’s role in digitising public domain literary works in Europe and making them accessible on the web. Perhaps most illuminating was Google’s role in the Yad Vashem project – Google has teamed up with Israel’s holocaust memorial Yad Vashem and is digitising and preserving thousands and thousands of photographs and document from the Holocaust. The project started three years ago in the Tel Aviv skyscraper that houses Google's research operations in Israel, partially inspired by a Google initiative encouraging employees to spend 20 percent of work time on projects they feel are important and Google has used experimental optical character recognition technology to make text within documents and photos searchable in multiple languages. In January 2011 the first 130,000 images hit the web.

E Corba Csilla from the Petrofi Literary Museum reminded me how easy it is for an English speaking London dweller working in the music industry to forget that Britain, and perhaps more importantly the USA, are at the forefront of cultural imperialism. Countries like Hungary, which has a vast cultural heritage, do not have the ‘advantage’ of having their literary works written in the English language and this adds another dimension to moving Hungarian literary works into the digital realm and making then available to a wider audience. One solution in Hungary is the Digital Literary Academy which has been set up In Hungary to promote digital access to works by Hungarian writers. The Academy currently has seventy two members, thirty two living writers and forty who have died and it reimburses members for allowing the Academy to take digital ownership of their works to reserve these and make them available, in effect paying living writers a stipend in return for digital access to their copyrights.

The final speaker was Hungarian copyright lawyer Dr Aniko Gyenge who gave an interesting review of the seemingy stalled Europeana Books project and Google’s onwards march to digitise everything and everyone – and the tensions with copyright – particularly in mainland Europe. Aniko touched on many topics which readers of this Blog will find familiar – including the need to find a solution to the ongoing problem with orphan works, and the need to promote copyright law as fit for purpose in the digital age – not least on a pan-European basis. With the need to harmonise European law, Aniko pointed that moves by both the Belgium presidency of the EU and now the current Hungarian presidency have not, as yet, brought about change, but Aniko remained hopeful that the forthcoming Polish presidency might promote change.

And Aniko’s talk reminds me that next week I will be joining Florian Koempal, Andrew Yeates and Don Glista on a panel hosted by the British Literary and Artistic Copyright Association (BLACA) considering recent review of copyright law with the aim of finding the ‘ultimate answer to all questions copyright’ ! Titled ‘Unfinished Business' its on Thursday March 10th at 18.15 at the offices of Berwin Leighton Paisner, Lower Thames Stree, London EC3R 6HE. www.blaca.org.
Posted by Ben at 8:18 am

Isn't Julie's Bicycle's logo the frozen food storage star rating? I hope Julie's Bicycle is indeed kept at -18°C or less and can be used to freeze fresh food and store food for 3 to 12 months! :)