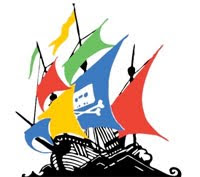 Google’s executive chairman Eric Schmidt has said that the internet search engine giant will oppose anti-piracy efforts on both sides of the pond in the USA and the United Kingdom. Schmidt singled out provisions in the USA’s PROTECT IP Act and the Digital Economy Act in the U.K. where provisions could allow governments to block access to websites that host infringing content or sell counterfeit goods with Schmidt saying “If there is a law that requires DNSs [domain name systems] to do X and it’s passed by both houses of congress and signed by the president of the United States and we disagree with it then we would still fight it.” Speaking at the company’s Big Tent conference in London he added “If it’s a request the answer is we wouldn’t do it, if it’s a discussion we wouldn’t do it.”

The blogsphere took Schmidt’s comments as support for sites such as The Pirate Bay and Newzbin2 with Torrentfreak saying that both sites are at the very top of the domain-blocking wishlists of both the U.S. and UK, but neither of them are in ideal positions to mount legal challenges of their own.

Schimdt went on to compare the notion of website blocking with methods used by the Chinese to censor the Internet, cautioning that when those further east see that the west aren’t opposed to censorship when it comes to achieving their particular aims, it might only encourage further crackdowns saying “I would be very, very careful if I were a government about arbitrarily [implementing] simple solutions to complex problems,” Schmidt said. “So, ‘let’s whack off the DNS’. Okay, that seems like an appealing solution but it sets a very bad precedent because now another country will say ‘I don’t like free speech so I’ll whack off all those DNSs’ – that country would be China.”

In a follow-up statement to Schmidt’s comments, Google told CNET that, “Free expression is an issue we care deeply about, and we continue to work closely with Congress to make sure the Protect IP Act will target sites dedicated to piracy while protecting free expression and legitimate sites.”

http://torrentfreak.com/google-boss-well-fight-anti-piracy-blocking-laws-110519/
Posted by Ben at 9:37 am

Update: The Motion Picture Association of America called Schmidt’s comments “outrageous” with the MPAA’s chief lobbyist Michael O’Leary saying in a statement “As an American company respected around the world, it’s unfortunate that, at least according to its executive chairman’s comments, Google seems to think it’s above America’s laws”

@ben challis. And we all know that America's IP laws belong to the MPAA and the RIAA!