Limes are not the only fruit 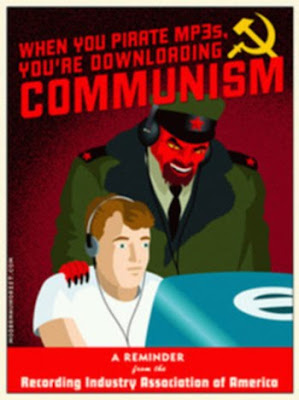 I’ve been pondering over the weekend who the real winners and losers in the LimeWire saga were – and where the recorded music industry goes from here - and for that matter where film companies and other content owners go from here. Despite a court victory for the record labels, and an agreed settlement, I just can’t find any real winners, but I can find lots of losers, including (of course) LimeWire which has been shuttered and forced to pay over $105 million.

What we had was a widely popular internet service that was admittedly used by many to download illegal content – but LimeWire’s own figure showed that 30% of consumers used the service to find new music – and another 25% were “morally persuadable” – in that they could have been encouraged to pay for content. In a “can pay, won’t pay” era, not a bad market at all – and that’s gone. So a potential business has been lost, the consumer has lost out – and consumers have been lost too.

The recorded music sector is still in a steep decline, and the unpalatable truth is that those who used LimeWire for illegal downloading and peer-2-peer fileswapping will have undoubtedly moved elsewhere - as no doubt will those who would have paid. When the French government ran a survey of French consumer habits post the introduction of their version of the three strikes law (the ‘Law Hadopi’) in January this year, it showed that 49% of French internet users continued to download illegally. This can be compared with the 25% of LimeWire users who were“ hardcore pirates” and the 20% who were ‘legally unaware’ that what they were doing was illegal (or didn’t care) and whose behaviour is perhaps harder to change and monetise. That said, 55% remain as potential consumers (or 51% in France!) and losing that audience to other (often illegal) services can’t be a good move, can it (?) when your market has declined 52% in the last ten years (and that’s the record industry’s own figures).

So LimeWire lose – and the record labels lose, and consumers lose too! And what about those poor sods who actually created and paid for the sound recordings in the first place – the artists. As successful artists almost always have to assign ownership of their sound recordings over to record labels, despite paying for those recordings out of recouped royalties that would have otherwise been due to them, surely they have the most to lose financially? And I haven't seen much by way of statements from the labels on whether or when they will be making payments from the settlement to artistes - and indeed artistes don't really seem to have benefitted from any of the previous settlements received by the record labels from legal actions against downloaders and websites. In the cases I have seen, funds are (reportedly) being allocated to legal costs, enforcement costs and invested in ‘education’. I won' dwell on this, but lets be clear, the artist loses too.

But am I being to negative? Its not all doom and gloom. The live music industry, whilst not recession proof and certainly damaged by high ticket prices and ticketing charges over the last two years, remains in rude health and U2 have just broken box office records for the highest grossing World tour ever. The festival market in buoyant with a raft of 'sell outs' across Europe and the USA this year; merchandising is still a highly profitable sector; and music publishing revenues appear to be holding up, not least because of the success of the collection societies in continuing to monetise copyrights, and the successful growth of revenue streams such as synch licensing. With the recorded, music sector Warner Music Group has just been sold and there were a number of parties interested in buying the major label - and the Citigroup owned EMI have just announced healthy profits of £330 million for 2010 from their music publishing and recorded music divisions.

Even the data that came out of the LimeWire trial wasn't all negative. Whilst I suspect a relatively large proportion of LimeWire users would prefer not to pay for their music, the fact that 30% were 'sampling' new music, 20% were legally unaware of the true copyright position and that 25% were "morally persuadable" to pay means that up to 75% WOULD PAY. That’s a lot better than some of the record industries own statistics, such as those offered by the IFPI that show that 19 out of every 20 downloads are illegal. If the record industry could monetise 75% of downloads I imagine they would be very happy indeed, if not laughing all the way to the bank! And very recent French research conducted by the organization set up in France to administer its “three-strikes” file-sharing law, found that 50% of citizens view HADOPI as a positive initiative, and the same number also said it has persuaded them to “more often” seek legal content online - and that 72% of the respondents who had received a file-sharing warning from HADOPI, or knew of someone who did, either ceased or reduced their illicit downloading.


Traditional copyright law provisions, the new deterrent offered by three strikes laws,and the legal tools available post Grokster (at least in the USA and other countries such as Spain) against wesbites and software that encourages or induces illegal dwnloading means that customers can be pushed towards legal services, if the prices and offerings are right, and that those who profit from illegal filesharing can be chased down (sometimes) and their services can be shut down. This does give some legal protection to a 'content' business that isn’t entirely based on give always and copyright theft. But the fact remains is not an easy 'market' to monetise. The UK's Hargreaves review of IP law may offer a glimmer of hope - it may well recommend the introduction of a consumer right to format shift. The labels, both the majors and the indepdent labels, have always fudged this, but it the modern era consumer restricting DRM on paid for content seems just plain wrong and methinks the labels need some tough love here. But it will be moves to simplify and globalise content licensing that will be the key to this - something the music publishers have definately been better at - both domestically and on a global level, although criticisms still remain that the licensing both songs and sound recordings remains hopelessly out of step with new internet business models. Again, it might not quite be what the labels want but it is what the online content businesses desperately need - on both sides of the table. And whatever Hargreaves says (and of course the Report may well NOT favour content owners but may well favour internet businesses interests) there is no simple solution.

The rise of Apple as a brand has clearly shown the value of music in creating value -its just not much of that value went back to the major record labels and artistes. Apple is now the most valuable business in the World and its rise from a smallish boutique computer company to a global phenomenon can be almost directly synchronised with the rise of the iPlayer and iTunes. In early March this year at a talk I gave for BLACA I pointed out that between 1992 and 2003 Apple's revenue growth was almost static, but once the iPlayer was launched and then iTunes was launched (in 2003 in the USA and 2004 in Europe) Apple's revenues grew rapidly - from $8 billion in 2004 to $24 billion in 2007, and then to $65 billion in 2010. Apple became sexy (and valuable) in no small part because of its association with music. I am not sure the reverse is true, a least when looking at the 'value' part!

In some ways artistes are, despite some being in truly appalling contracts with record labels, in a better position to monetise themselves than the record labels will ever be, and this includes a better position to monetise their copyrights in the digital age as bands like Nine Inch Nails and Radiohead have proved when freed fom label contracts. Image Rights and in particular Trade Marks still give substantial protection to bands as 'brands' and increasingly artistes seem to recognise this. My concern for the recorded music sector remains that the major labels are stuck with supporting outmoded business models and, whilst changing faster than they would like, almost certainly are not changing fast enough.

I noticed an interesting story last week about the launch of a new £350 million investment fund called Icebreaker. The venture capital fund, up by former Kleinwort Dresden banker Caroline Hamilton, has the backing of wealthy investors and aims to back recording artistes who want to operate outside traditional record company business models. The fund has brought in UK indie label Cooking Vinyl as a consultant and has already placed its first funding, providing backing for Marilyn Manson’s new recordings. Like the Edge Group which also operates in a similar way, these financing deals provide a far more interesting business model for artistes in the digital age when they can move away from thinking about 'record music' and 'live music' and 'merchandising' and 'endorsement 'and 'publishing' as discrete areas of business, and rather can combine all of their activities into a 'business' where MAYBE the recorded music element supports live but maybe its a 'loss leader' or a pure promotional tool. Lady Gaga now has ten million followers on Twitter - whether or not that is a the basis for a new revenue stream who knows - but I suspect in the future artists will be at the core of '360 degree' business models but ones that do not necessarily involve record labels. It is a music business, just not as we know it!

And on that note, a new report on how record companies have evolved to cope with the challenges of the digital era has been published (16th May) having been launched at The Great Escape Conference and Festival in Brighton over the weekend. Penned by BPI Chair and former EMI UK chief Tony Wadsworth for MusicTank, the paper challenges the idea that record labels are outdated 'dinosaurs'. Based on interviews with key players from across the music business, including the majors, independents, managers and agents, the Report does make some suggestions for changes in the industry, though, including a call for more innovation in licensing and more transparency so that all stakeholders feel rewarded for their efforts.

The report is available from Westminster University's Music Tank at www.musictank.co.uk for £45, including a year's membership to MusicTank.

And a really clear review of many of the issues Professor Hargreaves will be considering has been compiled by Laurie Kaye in 'A Big Week For Copyright" which can be here on Laurie's Blog: http://laurencekaye.typepad.com/laurence_kayes_blog/
Posted by Ben at 7:12 am