Systran heads for the ultimate showdown 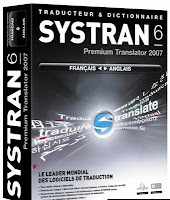 The Commission relies on eight pleas in law in support of its appeal and claims that the judgment is vitiated by a series of errors such as to justify its being set aside. Its pleas relate to the jurisdiction of the General Court to hear the case, its compliance with procedures and its fulfilment of the three conditions which, according to settled case-law, are cumulatively necessary in order to give rise to the Community's non-contractual liability: the existence of fault, of damage and of a causal link between the fault and the damage. Want to read more? Here you are:


By its first plea, the Commission claims that the General Court erred in law by deciding that the dispute was of a non-contractual nature and, accordingly, by declaring that it had jurisdiction to hear the case. [It's the old question: where a tort such as copyright infringement is committed in the course of a contract relationship, is the dispute (i) contractual, (ii) tortious or (iii) both contractual and tortious and actionable as either, at the plaintiff's option?]

By its second plea, the applicant claims that the General Court infringed the rights of the defence enjoyed by the Commission and disregarded the rules on the taking of evidence.

By its third plea, it maintains that the rules on copyright were incorrectly applied with regard to the ownership of copyright.

Its fifth plea alleges that, by considering that the Commission's supposed fault constitutes a sufficiently serious breach, the General Court made a manifest error of assessment which led to an infringement of the principles governing the European Union's non-contractual liability.

By its sixth plea, the applicant submits, first, that the General Court erred in law in its interpretation of the exception laid down in Article 5 of Directive 91/250/EEC and, second, that it failed to fulfil its obligation to state reasons with regard to Article 6 of that directive.

By its seventh plea, the Commission alleges, first, that the General Court made clearly incorrect findings of fact, misinterpreted evidence, and made manifest errors of assessment and, second, that it failed to fulfil its obligation to state reasons with regard to the existence of a causal link.

Finally, the eighth plea alleges that, by awarding Systran damages with interest amounting to EUR 12 001 000, the General Court, first, is guilty of making clearly incorrect findings of fact, misinterpreting evidence, and making manifest errors of assessment and, second, the General Court fails to fulfil its obligation to state reasons concerning the calculation of the damage. [What the court rules on the obligation to state reasons will be closely watched, since the extent to which national courts give reasons seems to vary as between jurisdictions and sometimes as between different IP rights. We might expect damages awards under the IP Enforcement Directive to be measured by whatever yardstick the court stipulates]