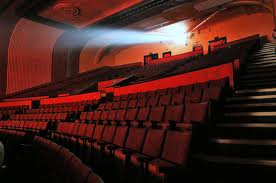 Further to my post last week noting that the EU and Canada are still in negotiations as to whether camcording should be subject to criminal provisions under CETA (Canada is for, the EU against),  it seems appropriate to mention a case of "capping", which is similar to camcording but involves going to a cinema and recording the audio rather than the audiovisual content of the film being shown.


On Friday of last week, two men were sentenced to prison in the US for their roles in the distribution of illegal copies of films online, which involved capping.

The men, Lambert and Lovelady, are members of the Internet piracy group IMAGiNE, which is said by the prosecution to have had the goal of becoming the "premier group for releasing online copies of movies that were still in theaters". Between September 2009 and September 2011, along with others from the group, Lambert and Lovelady went to cinemas and recorded the audio track to films. They then edited the track to each film and combined it with an illegal video file (obtained online) to create the full film, which they then uploaded and shared with thousands of IMAGiNE group members.

Lambert and Lovelady pleaded guilty to conspiracy to commit criminal copyright infringement earlier this year, and how now been sentenced to 30 months and 23 months in prison respectively. In addition they each face three years of supervised release as well as fines of USD$449,514 and USD$7,500 respectively in restitution. Two other members of the group have also pleaded guilty and are due to be sentenced in the near future.

The sentences are apparently part of the joint effort of the US Justice Department and the US Immigration and Customs Enforcement to crack down on online copyright infringement and will hopefully serve as a deterrent to others tempted to make a fast buck using a camcorder or dictophone.
Posted by Unknown at 5:11 pm