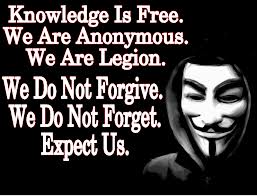 Having successfully secured injunctions to force all the major UK ISPs to block access to The Pirate Bay last year, the recoded music sector trade body in the UK, the BPI, is taking legal action to force internet service providers to block access to three more file-sharing websites - Fenopy, H33t and Kickass Torrents: the case is now expected to reach court next week.

For any UK based viewers who missed it, there was a very interesting documentary on BBC4 on the evening of Tuesday 19th Februay 2013 looking at the history of the Pirate Bay and it's three founders, Gottfrid Svartholm Warg, Fredrik Neij and Peter Sunde, as they faced legal action and criminal charges for copyright infringement in Sweden. The programme is part of the Storyville series and is simply called The Pirate Bay -  and can now be accessed on the BBC iPlayer. whilst shot from a Pirate Bay perspective, the programme  paints an unsettling picture of the distance between content owners and some parts of the online community, and a fairly  uncomplimentary picture of Warg, Neij and Sunde as they struggle to suggest their motives.

Last night (20.02.13)  Storyville followed this with another programme looking at the radical 'Anonymous' group of 'hacktavists' called "How Hackers Changed The World: We Are Legion" again on BBC4 and again on the iPlayer here.

The documentary seems to be released as TPB: AFK (away from keyboard) on a CC licence via torrent, and a remixable version is available from Vimeo. See http://watch.tpbafk.tv for torrent and DVD links.