Happy contest gives birth to a new song for you 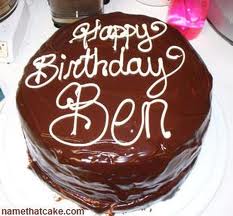 Its probably the first songs I ever sang. And its been sung badly by millions of kids, mums, dads, friends, families, acquaintances and total strangers ever since. It's part of the musical furniture. “Happy Birthday To You” was published in the late 1800s by two sisters who taught at elementary school, and it was registered for US copyright, as “Happy Birthday To You” in 1935. Time Warner acquired the copyright in 1998. The song earns a reported $2 million each and every year from film use, advertising, and from TV and radio broadcasts and from public performances. It won’t enter the public domain until 2030 at the earliest.

Along with radio station WFMU, the Free Music Archive launched a competition in January to find a new copyright-free and free-to-use celebratory version of a birthday song. The winner, "It's your Birthday!" by Monk Turner and Fascinoma, has just been announced.  It was chosen by a panel of judges including Harvard Law Professor Lawrence Lessig and Yo La Tengo's Ira Kaplan:  it is – ahem – not quite as fun as the original – but that’s my personal opinion – you can make up your own minds by taking a listen here. Me, I am too miserable to have birthdays anyway, that cakes going in the bin. Bah, humbug.

http://gizmodo.com/5985872/this-is-officially-the-best-copyright+free-way-to-sing-happy-birthday
Posted by Ben at 8:58 am

The story of the original 'Happy Birthday to you' song is all you need to know about what is wrong with the maximalist approach to copyright protection. Something first created and published in the nineteenth century and which has enormous popular appeal, should not still be in copyright today and earning Big Corporates megabucks today. It's only a matter of time before Congress is persuaded to approve a further term extension granting such works eternal copyright. Thank goodness we in the UK don't have to take any notice of such nonsense when it comes to singing Happy Birthday.