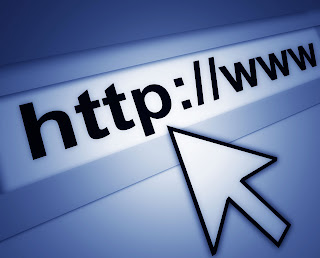 This judgment comes as no great surprise given Arnold J's similar decisions in Newzbin, Newzbin 2 and The Pirate Bay, however it makes it clear that use of s.97A CDPA to get a blocking order is now a viable option for rightsholders trying to prevent access to illegal file sharing sites. Arnold J's decision also contains an interesting discussion on jurisdiction which is often a difficult issue in online cases.
The websites in question were KAT, H33T and Fenopy, all music file-sharing websites. Arnold J first discussed the website users' infringements and the website operators' infringements.


The website users (the uploaders)
It was clear to Arnold J that the websites users' activities constituted both copying and communication to the public.


As regards communication to the public, Arnold J split the issue into three questions:
1. Do users of the websites, who are uploaders, communicate the Claimants' sound recordings to the public?


In that case, the CJEU held that the broadcasting of sound recordings within private dental practices was not communication to the public for the purposes of Article 8(2) of the Related Rights Directive because the patients constituted a determinate circle of potential listeners, who only heard the recordings one at a time; that the patients attended for the purposes of dental treatment and had no choice over the recordings they listened to; and that the broadcast was not of a profit-making nature.
In the present case Arnold J held that users do communicate recordings to a new public as the users intervene, in full knowledge of the consequences of their actions, to give others access to the works. The recordings are made available to all other users of the websites and although the uploaders didn't directly make money from uploading, they would do so indirectly by downloading other users' music without paying.


He referred to Football Dataco Ltd v Sportradar Gmbh in which the CJEU held that "re-utilisation" of data held in a database occurs at least in the state of transmission. Arnold J clarified that this should not be interpreted to mean that re-utilisation cannot also occur in the state of emission. He held: "Furthermore, this reading would be consistent with the natural meaning of "making available". It would be odd if this did not include the place of origin." On that basis Arnold J accepted the Claimants' argument that where a communication to the public which originates outside the UK is received inside the UK, the act will be treated as occurring within the UK if the communication is targeted at the public in the UK.
So Arnold J concluded that the users of the websites did communicate works to the public.


2. Do the operators communicate the recordings to a new public?
Arnold J held that they did as they intervened, in full knowledge of the consequences of their actions, to give others access to the works. The recordings were made available to all the users of the websites and the operators benefited financially from their activities.


3. Does the act of communication to the public occur in the UK?
In considering this question Arnold J took into account the CJEU's decisions in Pammer v Reederei Karl Schlüter GmbH & Co. KG and Hotel Alpenhof GesmbH v Heller; L'Oréal SA v eBay International and Donner. In doing so he found that the websites were targeted at the UK as:


- there were a large number of users of each website in the UK;
- a substantial proportion of the visitors to each website was from the UK;


In addition, KAT included advertisements with prices in sterling. On that basis Arnold J found that KAT was reasonably clearly targeted at the public in the UK but that the position was less clear in the case of H33T and Fenopy. In any event he reached the same conclusion in respect of all three: the act of communication to the public occurs in the UK.
Authorising and Joint Tortfeasorship


"The orders are narrow and targeted ones, and they contain safeguards in the event of any change of circumstances. The cost of implementation to the Defendants will be modest and proportionate."
Posted by Unknown at 6:23 pm

One paragraph caught my eye:

In addition, KAT included advertisements with prices in sterling. On that basis Arnold J found that KAT was reasonably clearly targeted at the public in the UK but that the position was less clear in the case of H33T and Fenopy. In any event he reached the same conclusion in respect of all three: the act of communication to the public occurs in the UK.

Whilst now academic, this is relevant to point out.

The reasoning for the UK-oriented nature of the KAT block could be called into question on this narrow point of specificity: if KAT is using an advertising broker which incidentally adjusts displayed currencies to a viewer's detected country, KAT could be viewed as targeting UK users when in fact it's geographically agnostic (with the advertising broker doing all of that work without explicit instruction from KAT).

I view the KAT service as no more UK-specific than h33t or Fenopy. Geotargeted ads are nothing new, and host web sites don't necessarily do any of this targeting themselves. Arnold J must be careful to avoid falling into the trap of placing greater emphasis on one service due to misinterpretation.

@ Christopher Woods.
While I entirely accept your comment that the courts shouldn't assume that a screenshot showing prices in pounds means that the specific site actually caused that to happen, it is true to say that the site (in this case KAT) will have specified to the adserver which currencies/jurisdictions it wished to accept orders from, and so it amounts to much the same thing.

What I think Christopher is referring to is the advertisements placed on KAT's site for third party products (almost certainly aggregated their by a fourth party such as google adsense).

In those circumstances KAT does not "accept orders" in the advertised currency.

Advertising providers I have used in the past have not given me the option to select currencies.

Of course KAT may be different, but I think Christopher is right in that the reported reasoning is not sound, even if the conclusion might be.

Thanks Francis, I hadn't appreciated that they were third party adverts. On that basis I agree that it would be entirely wrong for the courts to assume that ads served in this way have indicate anything about the motives of the host site in relation to the market they may or may not be targetting.