Meltwater - AP score first victory in the US 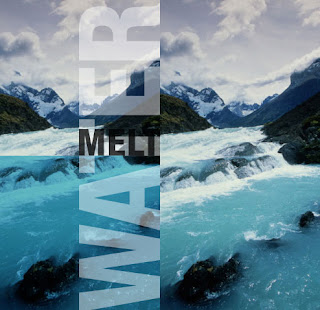 Melwater, the subscription based news clip aggregator for corporate customers who want to monitor news coverage of their industries and themselves, has lost a case for copyright infringement brought by The Associated Press. The case, filed just over twelve months ago, concerned the unlicensed use of material from AP within Meltwater's services. AP said that Meltwater has built its business on the wilful exploitation and copying of the AP’s and other publishers’ news articles for profit.

In Manhattan U.S. District Court Judge Denise Cote granted AP's motion for summary judgment with one exception holding that  "AP has shown through undisputed evidence that Meltwater's copying is not protected by the fair use doctrine." Meltwater's application for summary judgment was dismissed. Judge Cote said "Through its use of AP content and refusal to pay a licensing fee, Meltwater has obtained an unfair commercial advantage in the marketplace and directly harmed the creator of expressive content protected by the Copyright Act".

The judge noted that whilst commercial Internet news clipping services like Meltwater perform an important function for their customers, that "does not outweigh the strong public interest in the enforcement of the copyright laws or justify allowing Meltwater to free ride on the costly news gathering and coverage work performed by other organizations. Moreover, permitting Meltwater to avoid paying licensing fees gives it an unwarranted advantage over its competitors who do pay licensing fees".


AP CEO Gary Pruitt said in a statement  "This ruling makes it crystal clear that Meltwater wrongly used news content from AP to create its own content, while paying none of the costs associated with creating original news content,"

Vowing to appeal, Meltwater CEO Jorn Lyseggen said in a statement “We’re disappointed by the court’s decision and we strongly disagree with it”  adding “We’re considering all of our options, but we look forward to having this decision reviewed by the Court of Appeals, which we are confident will see the case a different way.” The company also stated in its press release that it "believes the ruling misapplies the fair use doctrine and is at odds with a variety of prior decisions that have paved the way for today’s Internet.”

In July 2011 the United Kingdom  the Court of Appeal upheld the ruling of Mrs Justice Proudman that end-users of media monitoring service Meltwater required end-user licences to access and use search results consisting of the headline of each article which mentions the search term (which hyperlinks to the article), the opening words of that article and an 11-word extract showing the context in which the search term appears.