US "troll" case heads for a court hearing 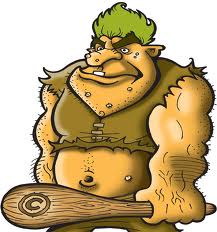 There is a head of steam building up in the online world against the activities of a group of US lawyers who various bloggers and commentators refer to as 'trolls' - whether rightly or wrongly - and compare unfavourably to the now defunct UK law firm ACS:law whose mass threats against alleged infringers ended up a bit of a mess, which Judge Colin Birss had to unscramble.

In “Mind-croggling deposition of a Prenda Law copyright troll” Cory Doctorow writes of the law firms, which include Prenda Law, Steele Hansmeier, The Anti Pracy Law Group and Alpha Law"

“I've covered Prenda Law off and on here for quite some time; they're the sleazy "law firm"/copyright trolls who use the courts to get the names and addresses of people whom they allege have downloaded pornographic videos with embarrassing names, and whom they then threaten with public humiliation and a lawsuit unless the victims pay a quick cash settlement. One of the great mysteries about Prenda is who the firm actually is -- which individuals are behind it? In past, Prenda's representatives have claimed to be working for "Alan Cooper" -- a former caretaker for one of the Prenda reps who claims they have stolen his identity."

"A recent deposition in the Northern District of California of Morgan Prietz Paul Hansmeier -- another Prenda rep, apparently -- sheds no light on the mystery. Indeed, Hansmeier's deposition is a wonder of obfuscation, coyness, and mind-boggling protestations of ignorance that will baffle and delight you. “

“if Steele and Co are following the Crossley plan, then soon after the website attack comes disgrace, and punishment. We’ll see next week.”

More here on Torrent Freak  and here http://boingboing.net/2013/03/07/mind-croggling-deposition-of-a.html and the 'Die Troll Die' website.
Posted by Ben at 3:26 pm

Fascinating article on the hearing here: