More on US copyright and retransmissions 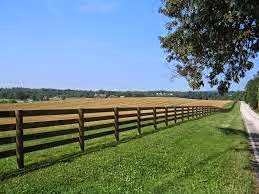 The introduction of so-called geo-fencing technology has become the next technological development to call into question the meaning behind US copyright law.

This time, the question is whether webcasts which are limited in transmission area by geo-fencing, are subject to licence requirements or royalty payments for performance of sound recordings under the US Copyright Act. Confirmation is sought by Verstandig Broadcasting – the owner of several FM stations in Virginia.

Under the Copyright Act, a webcaster is bound to pay royalties for sound recordings performed in their webcast. Although broadcasters are exempt from paying these royalties in relation to their broadcast programming, they are not when retransmitting the performance over the Internet. Under a narrow exception at s114(d)(1)(B)(i) of the Act, retransmissions are also exempt, if the radius of the transmission is no further than 150 miles from the broadcast transmitter.

Geo-fencing allows a webcaster to set boundaries on the accessibility of their webcast depending on the physical location of the recipient (based on the recipient’s computer’s IP address, WiFi, GSM access point and GPS coordinates). The technology was largely developed to help internet gambling operators, as individual US states gradually liberalise gambling within their state borders (but not across state lines).  Geo-fencing therefore can ensure that the webcast is not received by listeners more than a certain distance away, whereas previously, there was no way of ensuring this.

Verstandig are interpreting the exception to mean that as long as they limit the radius of their transmission to 150 miles from the transmitter, they are not liable to pay digital performance royalties. On 28 February 2014, Verstandig wrote to SoundExchange (the body responsible for administering statutory licenses and collecting digital performance royalties for sound recordings, including from webcasts) and asked for confirmation that if they went ahead on this basis, they would not be subject to legal challenge.

SoundExchange disagreed, stating that the exemption applied to ‘retransmissions of broadcasts by cable systems to their subscribers or retransmissions by broadcasters over the air. It does not apply when broadcasters simulcast their programming over the internet’, and urging Verstandig to obtain licences for the performance of sound recordings. Verstandig therefore asked a US district court in Harrisonburg, Virginia to issue a Declaratory Judgment providing that:
• a live stream of its FM broadcasts over the Internet to listeners physically located within 150 miles of the FM station’s transmitter is an exempt transmission under s114(d)(1)(B)(i) of Copyright Act;
• the stream would not be an infringement of rights protected by Copyright Act;
• no statutory licence is required; and
• SoundExchange has no right to collect royalties.

SoundExchange have countered the action on both jurisdictional and substantive grounds. They claim that the court lacks jurisdiction because Verstandig do not have a ‘real or substantial’ dispute, or ‘actual controversy’, as-well as claiming that geo-fenced radio streams are not exempt, following a ruling by the US Copyright Office in 2002 which found that ‘the exemption is not applicable to radio transmissions made over the Internet’, but only in relation to retransmissions over satellite and cable.

In September, a magistrate judge issued a Report and Recommendation to dismiss the action on jurisdictional grounds, as requested by SoundExchange.

We await the outcome, to see if the district judge will follow the magistrate judge’s recommendation, or agree with Verstandig.

Although a relatively narrow point, it would be interesting to consider what broader implications geo-fencing technology might have in areas of interest to copyright lawyer - for example in the context of the EU's continued drive towards a single digital market.

More about this case HERE in Radio World

[Thanks to Katharine Alexander for help in writing this; thanks also to my friends at www.geocomply.com for drawing this case to my attention]