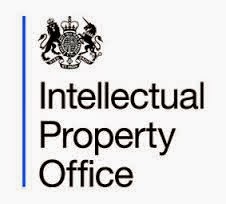 The IPO is clearly in a mood to give early Christmas gifts to its readers.  Snapping on the heels of the consultation on shortening the term of protection for old unpublished works foreshadowed in Ben's post last week (and explored further in the comments to that post) comes news that they have published guidelines on how the Secretary of State will deal with the complaints which he/she might receive under the provisions of section 296ZEA of the Copyright, Designs and Patents Act 1988,  introduced into UK law on 1 October by the snappily titled Copyright and Rights in Performances (Personal Copies for Private Use) Regulations 2014.

The Guidelines may be found here - on the newly revamped (and from this Blogger's perspective, newly inpenetrable) IPO website.

As the explanatory note published this week says:

Technological Protection Measures (TPMs) (also known as copy protection measures or DRM) are often used to protect copyright works, for example, through encryption on DVDs. TPMs can have a important role in enabling copyright owners (rightsholders) to offer content to consumers in different ways, as well as protecting against unlawful copying (piracy). EU and UK law protects the right of copyright owners to use TPMs to protect their works, and circumvention of such technology is illegal.

However, use of TPMs could potentially prevent activities that are permitted by copyright exceptions [surely they are always permitted, it is just that they can be lawfully undertaken without copyright holder approval]... The law therefore provides for a complaints process that aims to ensure that a TPM does not unreasonably prevent people from benefiting from an exception. The guidance on this page gives information on when and how someone may make a complaint, other steps that they should consider and some of the factors that may influence the outcome of a complaint.

The guidelines are interesting to read - and although they fail to solve the conundrum at the core of the new exceptions (the Secretary of State can intervene where the TPMs defeat the purpose of the exception ... which is to give the right to make copies), while treading a careful line to make sure that no discretion is being fettered, they do provide reassurance that

"For example, the Secretary of State would not want to impose a large and disproportionate burden on business and undermine the ability of the Creative Industries to produce the content we all enjoy.
Equally, the Secretary of State will also want to ensure that the benefits of the exceptions can be realised. For example, it is right that an archive that is seeking to preserve the cultural life of the nation by holding (securely) copies of works should not be restricted from doing so by TPMs."

Also worth noting is that there is now a complaint form for potential complainants to fill in - and that the same form has been extended to cover not only the Secreatry of State's new power under section 296ZEA, but also the matching power that already existed under section 296ZE (in respect of a range of other exceptions).