The CopyKat - how will broadcasters fight back against the app? 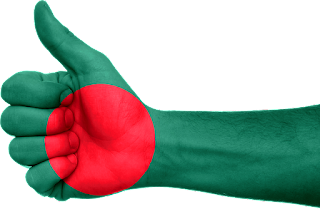 Focussing on the latest trends and the latest technologies means that it is easy to be totally ignorant of what's going on in other parts of the world. So the CopyKat was brought out of orbit by an article in the Financial Express of Bangladesh that says "The mushroom growth of compact disc (CD) shops in cities and rural markets reflects, on the positive side, how dearly the Bangladeshis love music. But it does also indicate, on the other side, the extent of acts of 'piracy'. That provides some good reasons for growing worries over the pirated CDs. In a situation where most songs in CDs are pirated ones, both the government and original composers (of such songs) are deprived of a significant amount of revenue and rightful honoraria, respectively [and] could be raised significantly by implementing the copyright law." 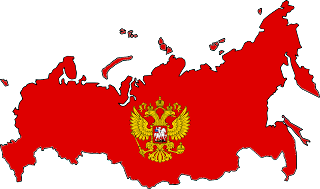 Home to an estimated 144 million people, Russia is the world’s ninth biggest country in terms of population. With a recently booming economy, it should be of major importance to the global music business.Yet according to IFPI data, Russia contributed – in total – just US $72.8m to the recorded music industry last year, across digital, physical and public performance (the UK with less than half that population generated $1.33 billion). Whats worse - the market has declined - it was worth $191 million in 2007. Why - well blame it on piracy, corruption, past government inaction and consumers used to 'free' music. In the era of CDs in the 1990s and 2000s physical piracy was "up to 95% of the market.” And now with digital its worse.  Now a recent flurry of government activity has given some hope to the beleaguered music industry and there have been some recent successes in the courts.  In 2011 it seemed that enforcement of already existing infringement laws (including criminal sanctions) would be stepped up, not least to enhance Russia's position at World Trade Organization negotiations. In 2012 Russia's appellate court held that the massive social networking Vkontakte was liable for copyright infringement, upholding the earlier ruling by the commercial (“Arbitrazh”) Court of Saint Petersburg: in November 2014 Russia’s State Duma, the parliament’s lower house, approved a package of amendments to anti-piracy law, covering video, books, music and software, but not photos and among the amendments there was an initiative under which a Web site owner must delete within 24 hours any illegal content, rather than limit access to it, upon an electronic request from a rights’ owner. Now the Russian High Court has been given the power to order ISPs and website hosting companies to permanently block websites that repeatedly infringe copyright. Alongside the launch of services such as iTunes & Google Play and local music services such as Yandex, Torrent sites have  been sent a final notification from the Russian Government telling them that “the systematic violation of intellectual property rights will result in sites providing access to stolen content being blocked forever” and giving a 1st May deadline. 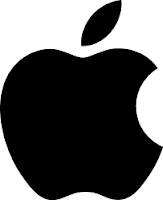 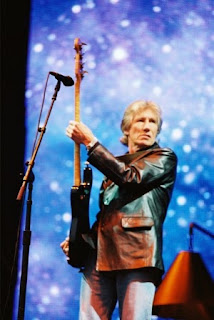 Pink Floyd's Roger Waters has taken a swipe at Silicon Valley in an interview in the Times (02.05.15) saying that he 'grateful' to have gown up in an age when an artist's hard work and talent were rewarded financially and before the music business suffered a 'takeover by Silicon Valley' saying "when this gallery of rogues and thieves had not yet interjected themselves between the people who aspire to be creative and their potential audience and then steal every f**king cent anybody every mad and put it in their pockets to buy f**king huge mega-yachts and Gulfstream Fives. These ..... thieves! It's just stealing. And that they are allowed to get away with it is just incredible". In 2010 Pink Floyd famously sued their record label, EMI, to withdraw their catalogue from iTunes after Apple's platform refused to sell 'Dark Side of the Moon' and other Floyd albums in their entirety - the band did not want individual tracks sold. Waters also takes a pop at consumers, saying he also blames "a whole generation that's grown up who believe that music should be free". Interestingly record labels don't seem to be in Water's line of fire -despite licensing and often being shareholders in many of the digital services Waters berates and paying royalty rates more appropriate for physical product than digital products.  That said, the tech companies have been clever in spotting just how important music is - and monetising that. One of the most interesting set of financial figures I have ever seen is the growth of Apple after it entered the music market. For a over a decade niche 'geeky' computer manufacturer with near static turnover, almost immediately after the launch of iTunes Apple grew to be the biggest corporation in the world dominating in computers ales, notebooks and mobile phones - with music sales just an ancillary - but an ancillary that undoubtedly made Apple ever such a cool brand. From 1992 to 2004 Apple's turnover grew from $7 billion to $8 billion: The iPlayer launched in 2001 and iTunes in 2003 and 2004. By 2005 Apple's turnover was $14 billion, 2006 19 billion, 2007 $24 billion, 2008 $35 billion, 2009 $42 billion and 2010 $65 billion. Now that is growth!

Next week at The Great Escape in Brighton an illustrious panel featuring our friend and IP specialist Amanda Harcourt and Andy Edwards (Board Director at Music Managers Forum), Horace Trubridge (Assistant General Secretary at Musicians’ Union), Jane Dyball (CEO at MCPS/IMPEL), Rob Collins (Label Director at Cooking Vinyl) and Vicky Bain (CEO of the British Academy Of Songwriters, Composers & Authors) who are going to debate THE DIGITAL PIE putting the spotlight on one of the biggest music industry debates of the moment: the division of streaming revenues between each of the stakeholders in music. How are the monies divided between labels, publishers, artists and songwriters, and asking - is the current system fair and sustainable? More on The Great Escape,  Europe's leading festival for new music here - this panel is on Thursday May 14th part of three days of conference panels, debates, workshops and new bands on show which will also ask 'what's the point of record labels anyway', explain music licensing and  'How to sell out gracefully' and investigate whether 'Music marketing is broken'. 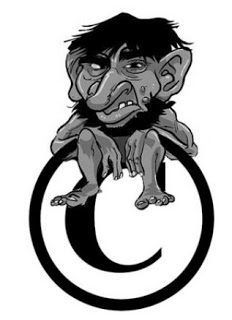 Daniel Voelker, the lawyer representing the 'Prenda Law' trio of attorneys, Paul Hansmeier, John Steele and Paul Duffy and their associated companies before the 9th Circuit Court of Appeals in the hearing into the earlier ruling of US District Court Judge Otis Wright which led to bruising sanctions and a referral to criminal investigators, is having something of a torrid time: ArtsTechnica has an excellent review but here's a little bit  flavour: "The entire proceeding was tainted," Voelker said. "Mark Lutz, the CEO of Ingenuity 13, was not allowed to testify. As soon as they asserted their 5th amendment rights, the judge stopped the proceeding. He can't use that against them." The appellate court disagreed: "Sure he can," responded US Circuit Judge Richard Tallman. "He can draw adverse inferences. The district court was trying to gather facts. Your clients didn't appear for the first hearing." And "Explain to me in simple English how this operation worked—from the beginning," said US Circuit Judge Harry Pregerson. "How did they make their money? Who ran this operation?" "I don't know," Voelker said. "You don't know anything, do you?" Pregerson said before Voelker persisted in arguing that the proceeding was tainted and that the sanctions should be thrown out entirely and Judge Pregerson said "Let's say you're right," said . "Do you want us to send this back and have this turn into a criminal contempt proceeding?" ..... "With a potential penalty of life in prison for criminal contempt?" asked Judge Tallman. "They're prepared to run that gauntlet?" Well, despite the judges' warnings, it seems the Prenda trio want their day in court. 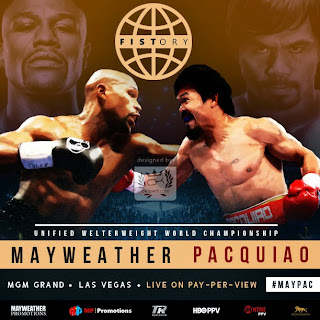 With a reported 100,000 people accessing illegal streams of the 'fight of the century' between Floyd Mayweather and Manny Pacquiqao using the new Periscope app, despite an injunction (Temporary Restraining Order) banning two other online services from offering free live streams, the CopyKat is wondering if the tweet from Dick Costolo, the CEO of Twitter, owner of Periscope saying "and the winner is ... Periscope" might come back to haunt him. With 'paid for' access to the fight costing anything from £24.95 here in the UK to upwards of $100 elsewhere, the cost of illegal streams via the likes of Periscope and Meerkat is potentially in the tens of millions of dollars, something that likes of HBO, Showtime and Sky TV, who licensed the exclusive rights to the boxing match, will no doubt be most concerned about. Periscope, which is an app (yes, another complexity!) allows a user to broadcast from where he or she is - for example by pointing his iPhone at a TV screen - has been downloaded over 1 million times and was blamed by HBO for facilitating mass copyright infringement after four episodes of the new series of Game of Thrones were leaked and widely shared using the service. The pay-TV offering reportedly generated over $400 million for official broadcasters. Apart from copyright infringement conundrums, the app and the 'social share' concept raises a host of other issues, privacy being at the forefront as the whole world becomes a broadcaster. Hmmmmmmmmm. Much to muse upon! 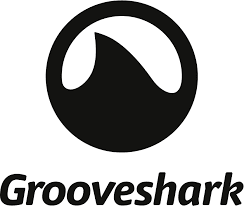 The Shark is back: Techtimes tells us that Grooveshark.com may be no more, but a limited version of the website has reappeared  at Grooveshark.io, providing access to most of the same streaming music as the original Grooveshark, but lacking the playlists and other features. It seems a team of users began backing up all the music on the Grooveshark servers before the streaming service was shuttered last week. The group's leader, who calls himself "Shark," claims he has moved 90 percent of Grooveshark's music to the new site and is working on getting the remaining 10 percent. 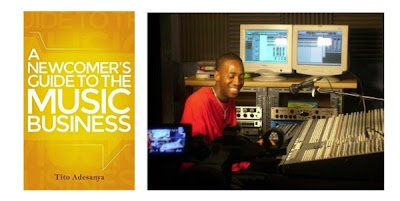 And finally - a new book: A Newcomer's Guide to the Music Business is "A quick and simple guide to the music business for those on the verge of taking their first steps into the industry". Written by law graduate and music producer Tito Adesanya, who grew up on a notorious NW London council estate, "the book assists newbies in avoiding the basic mistakes the majority make when entering the music business, while also familiarizing prospective newcomers with industry customs, practices, and the type of working environment they can expect to encounter." And its just £4.99!
Posted by Ben at 12:27 pm

Update on the big fight andtakedowns: Periscope founder Kayvon Beykpour said at the TechCrunch Disrupt conference on Tuesday that his team was "completely prepared" for Mayweather v Pacquiqao, with a team of people scanning for emails about potential problems.

"We had 66 requests for takedown and we took down 30 of them, all in a matter of minutes," Beykpour said. The others could not be removed, he said, because they had ended by the time the team could deal with them.

"We were ready, we knew we had to be well-staffed," he said.