Cheering for a much-anticipated Supreme Court opinion on conceptual separatibility

The Supreme Court of the United States will hear next month the arguments of both parties in the Star Athletica, LLC v. Varsity Brands, Inc. case, which is closely monitored by copyright attorneys, but also by fashion designers, as its outcome may help, or hinder, their ability to protect their designs. 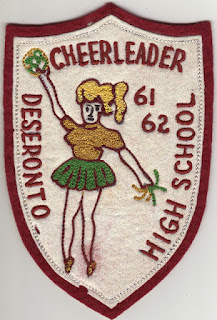 Hold on… Conceptual separatibility? What is it?


Star Athletica filed a petition for a writ of certiorari in January 2016, which was granted by the Supreme Court. The Court will now answer this question: “What is the appropriate test to determine when a feature of a useful article is protectable under § 101 of the Copyright Act?” (This page of the SCOTUS blog lists all the briefs filed in this case, including amicus curiae briefs.)


Respondent Varsity has filed its brief on September 14. It argues that two-dimensional artwork on useful articles “easily satisfy” the separability test (p.26). For Varsity, the functions of two-dimensional artwork are “purely decorative or communicative, not utilitarian, which makes such artwork inherently separatable from [the utilitarian aspects of a useful article]” (p.26).


The Supreme Court now has the opportunity to unify the conceptual-separability test. It will probably specify the instances when a particular garment can indeed be protected by copyright. We will keep you posted.
Posted by Marie-Andree Weiss at 12:56 pm