Readers of the IP Kat blog may remember that actress Lindsay Lohan sued Take-Two Interactive, the maker of the “Grand Theft Auto V” video game, claiming that it used her image when creating one of the characters of the game, a blond starlet. But, on September 1, a New York appellate Court ruled against Lohan, and also, in the same decision, against Karen Gravano of the VH1 reality TV show Mob Wives, who had similarly claimed that Take-Two had used her likeness in the video game.


The narrow scope of New York right of publicity law


New York has a limited right to privacy. Its only privacy law, New York Civil Rights Law §§ 50 and 51, does not recognize a general right to privacy, but only protects the right of publicity of a “person, firm or corporation” in order to prevent “uses for advertising purposes, or for the purposes of trade” of the “the name, portrait or picture of any living person without having first obtained the written consent of such person.”


Therefore, in order to be a misdemeanor under New York law, an unauthorized use of the name, portrait or picture of an individual must have been for trade or advertising. The scope of the law is quite narrow. 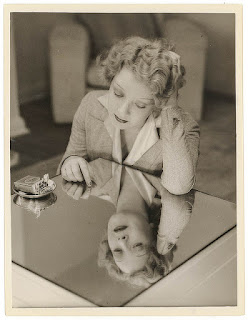 No use of the name, portrait or picture


The appellate Court dismissed Lohan’s claim, because the video game “never referred to Lohan by name or used her actual name in the video game, never used Lohan herself as an actor for the video game, and never used a photograph of Lohan.” Instead, the game features an avatar, not an actual image of Lohan. New York law does not recognize protection of the persona, and merely “evoking likeness,” such as using her hair length, white shirt, flashing the peace sign, or using her “screen persona,” as Lohan claimed Take-Two Interactive had done when creating the character, is not enough to trigger application of New York right of publicity statute.


No use in advertising or trade


The appellate court noted further that, even if the video game would indeed have used Lohan’s likeness within the meaning of New York right of publicity statute, it still would not have violated the law, because a video game is not an advertising or a trade within the meaning of New York Civil Rights Law § 50. Instead, it is a video game communicating ideas, and, as such, is protected by the First Amendment to the U.S. Constitution: “[t]his video game’s unique story, characters, dialogue, and environment, combined with the player’s ability to choose how to proceed in the game, render it a work of fiction and satire.”


A good decision for creators


If the New York law would be constructed by the courts to include use which merely “evoke” the persona of the plaintiff, creators of video games, such in this case, but also biographers, comic books artists, painters, caricaturists and novelists, who merely “evoked” the persona of an individual would have to prove that the use was protected by First Amendment, which may be challenging to do, and thus costly. The Supreme Court recently denied petition in the Electronic Arts v. Davis case, and so it will not answer the question asked by petitioner, “[w]hether the First Amendment protects a speaker against a state-law right-of-publicity claim that challenges the realistic portrayal of a person in an expressive work.” The Ninth Circuit did not find in this case that the use of likeness of former NFL players in a video game was protected by the First Amendment. This case was a California right of publicity case. Each state has its own statute, and there is no right of publicity federal statute, leaving for a diverse jurisprudence.
Posted by Marie-Andree Weiss at 4:28 pm