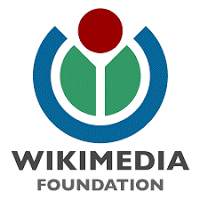 This from Alberto Bellan writing on the IPKat

Wikimedia, EDRI, Application Developers Alliance, along with other associations advocating for digital rights and ONGs representing digital creators and platforms, addressed a letter [available here] to, among others, EU Commission's President Junker, Vice-President Ansip, and Commissioner Oettinger, urging the Copyright Package expected to be released on 15 September to uphold


"the fundamental principles of the Digital Single Market such as rights of citizens to freedom of information, access to knowledge and the limitation of intermediaries’ liability, which lie at the very foundations of the internet".

In the letter published on 9 September, the signatories request the EU Commission:

- Not to create a new ancillary right for publishers. After the tragic experiments in Spain and Germany, the signatories stress, that - you guys should have understood that distorting copyright to tax snippets produce "no positive outcomes but has harmed consumers, innovation and the internet at large" -- i.e., not only Google, but many other small companies and startup aggregating and indexing news on the internet and struggling to fill the gap between old media and digital revolution. In the same regard, the signatories also urge the Commission to publish the response to the public consultation on the role of publishers in the copyright value chain and on the 'panorama exception'. The signatories say that "many have pointed out that new ancillary rights for publishers were harmful".

- To maintain the E-Commerce Directive safe harbour, which "provides a balanced framework which ensures that the interests of right holders, citizens, consumers, and businesses can be vindicated in the online environment". As our very own Eleonora outlined on the Financial Times [freely available here -- 'The Financial Times! WOW!', says Merpel], getting rid of the no-general monitoring obligation "could ultimately result in the market for hosting services becoming increasingly difficult to access ... So much for creating a European YouTube."

On the top of that, this Kat finds odd that the very same EU Commission that would be proposing an obligation upon platforms to "prevent the availability on their services" of infringing works, "including through the use of effective content identification technologies" [see the IPKat breaking scoop here], has being repeatedly stressing the necessity to maintain the safe harbour as it is and also to prevent Member States from adopting general monitoring obligations in other fields of the DSM reform. That is happening, e.g., with the General Data Protection Regulation [Recital 21] and with the Proposed AVMS Directive [Recitals 29, 30, and Articles 28a and 28b]. Fundamental rights such as freedom to conduct a business and freedom of information, safeguarded by the safe harbour, are duly considered within the balance of interests when it comes to protecting personal data and combatting hatred, incitement, child pornography, and terrorism. Why should not it be the same when it comes to copyright infringement -- apart from better lobbysts involved in the latter reform process, I mean?

-    Not to limit the Text and Data Mining exception to 'public interest research institutions' only, as it would "ultimately restrict, rather than unlock, use of TDM across sectors and would be more likely to drive such research and innovation out of Europe".

Whilst the leaked Draft Directive on Copyright in the DSM that the IPKat leaked here seems to go in a different direction, it would not be the first time that the consolidated version of the proposal features substantial changes as compared to previous leaks [e.g., that already happened with the above mentioned AVMS Directive]. Let's wait a couple of days and see.
Posted By Alberto Bellan to The IPKat on 9/13/2016 09:58:00 am