Une astreinte, c’est quoi? The Ninth Circuit has an answer

On September 26, 2016, the Ninth Circuit held that courts have the right under Federal Rule of Civil Procedure 44.1 on determining Foreign Law to consider foreign legal materials at the pleading stage, including expert testimony and declarations. This allowed the Court to conclude that the French astreinte is not a fine or an award of damages, which now clears the way for the French Plaintiffs to receive compensation for copyright infringement. The case is Sicre de Fontbrune v. Wofsy, 3:13-cv-05957.


The case may be more of interest to federal procedure buffs than copyright buffs, but I offer it to your attention anyway as being one of the longest copyright infringement cases ever.


Pablo Picasso had a close relationship with photographer Christian Zervos and allowed him to take many pictures of his works. This led to the publication of the complete catalogue raisonné, published by Cahier d’Art, a publishing company owned by Christian Zervos, then by his heirs. Twenty-two volumes were published from 1932 to 1970, when Picasso was still alive, and eleven more volumes were published after his death. The thirty-three volumes reproduce some 16,000 of Picasso’s works and are regarded as the ultimate reference of Picasso’s work.


Yves Sicre de Fontbrune, now deceased and represented by the representatives of his estate, bought Cahier d’Art’s publisher  stock in 1979, thus acquiring the intellectual property right in the Zervos catalogue raisonné. Alan Wofsy is an American art editor who reproduced some of Zervos’ photographs in two volumes about Picasso, which he presented in 1996 at the annual Salon du Livre (book fair) in Paris. Mr. Sicre de Fontbrune found this use to be infringing and filed suit in 1996. The Paris Court of appeals ruled in his favor in 2001, awarding him an astreinte and forbidding Alan Wofsy “to use in any way whatsoever [the Zervos photographs] under an astreinte of 10,000 francs per infringement. 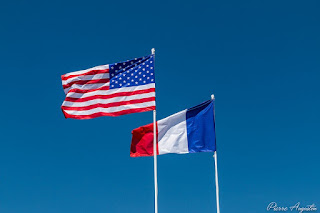 Under French law, an astreinte is a tool given to the judge so that she can insure that the court’s ecision will be executed. It is independent from damages, as stated by article 34-1 of the July 9, 1991 law, now abolished and replaced by article L. 131-2 of the Code des procedures civiles d’exécution which states the same.


Mr. Sicre de Fontbrune filed a claim at the Paris Court of first instance (TGI) to enforce the astreinte. The Court ruled in his favor in 2012 and ordered Alan Wofsy to pay him 2 million euros in astreinte. Mr. Sicre de Fontbrune then filed a suit in California to enforce the astreinte under the California Uniform Foreign-Court Monetary Judgment Recognition Act (CUFCMJRA), which governs the enforcement of foreign-country judgments which are final and enforceable, and which grant or deny monetary recovery.


Federal Rule of Civil Procedure 44.1 on determining Foreign Law gives power to a federal court to “consider any relevant material or source, including testimony, whether or not submitted by a party or admissible under the Federal Rules of Evidence [when determining foreign law]. The court's determination must be treated as a ruling on a question of law.”


The Ninth Circuit found that Rule 44.1 gives the courts a “broad mandate” and that “foreign legal materials-including expert declarations on foreign law can be considered in ruling on a motion to dismiss where foreign law provides the basis for the claim.”


The Ninth Circuit then undertook the study of the nature of the astreinte in the French legal system, in general, and in particular in this case. To do so, the Court considered the French judgment against Wofsy, the expert declarations of both parties, and materials on astreinte submitted by both parties. It also undertook its own research into American and French law. It concluded that the astreinte was not a fine or an award of damages and thus fell within the scope of the CUFCMJRA.

The case is interesting as it specifically states that courts may undertake independent judicial research, including research on foreign law, beyond the parties’ submissions (see p. 15). U.S. courts are slowly warming up to the idea of considering foreign law. Justice Stephen Breyer, from the U.S. Supreme Court, published about a year ago a book about the foreign laws which the U.S. Supreme Court Justices have had to consider in the past, which was probably read by many U.S judges.


P.S. The Ninth circuit quoted the United States v. 594,464 Pounds of Salmon, More or Less case, which must be one the best names ever for a case. If any reader knows about a case with a better name, please share it in the comments.


Image of the flags courtesy of Flickr user Pierre Augustin under a CC BY-NC-ND 2.0 license.


Image of money courtesy of Flickr user Devon D’Ewart under a CC BY-NC-ND 2.0 license.
Posted by Marie-Andree Weiss at 2:15 pm