CREATe Public Lecture 2017: the Case for a Related Right for Press Publishers

CREATe is the Research Council UK’s Centre for Copyright and New Business Models in the Creative Economy at the School of Law – University of Glasgow. The Centre is headed up by Professor Martin Kretschmer.

On February 14th, Thomas Hoeppner (Professor of Civil Law, Business Law and  Intellectual Property Law, Wildau Technical University of Applied Sciences, and, Partner in a Berlin based law firm), will present on “EU copyright reform: the case for a related right for press publishers.”

“On September 14th 2016, the European Commission presented a package of proposed copyright reforms under the banner of promoting a Digital Single Market (DSM). Amongst others, the proposal includes an exclusive right of press publishers for the digital publication of their press publications.

The proposal has been criticised by academics arguing that the right lacked a justification and would interfere with the access to information (see above). Picking up on this lecture against a publishers’ right, Prof. Hoeppner investigates the merits of such a right. To this end, the lecture outlines the economic and technical background including the developments in the consumption of press publications since the current legislation came into force. The lecture will then present the arguments in favour of the proposed right and examine the counter-arguments raised against it.”

This lecture is in contrast to a previous lecture presented by Professor Raquel Xalabarder (Chair of Intellectual Property, Universitat Oberta de Catalunya, Barcelona, Spain), in which she discussed the press publisher rights in the proposed Directive on copyright in the Digital Single Market, arguing that the right would not actually achieve the desired policy objectives set out in the recitals.

The lecture is free and open to everyone.

Visit the CREATe webpage to register for the event.

P.S. This 1709 Intern is currently preparing analysis on the proposed exclusive right of press publishers for the digital publication of their press publications – watch this space! 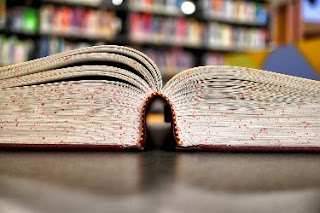 The Project on the Foundations of Private Law at Harvard Law School is seeking applicants for the Qualcomm Fellowship in Private Law and Intellectual Property.

The Qualcomm Fellowship is a two-year, residential postdoctoral program specifically designed to identify, cultivate, and promote promising scholars early in their careers with a primary interest in intellectual property and its connection to one or more of property, contracts, torts, commercial law, unjust enrichment, restitution, equity, and remedies. Fellows have been selected from among recent graduates, young academics, and mid-career practitioners who are committed to pursuing publishable research likely to make a significant contribution to private law scholarship.

Fellows devote their full time to scholarly activities in furtherance of their individual research agendas. In addition, fellows contribute to the intellectual life of the Project and the Harvard Law School community through mentoring students, presenting their research in and attending faculty workshops and seminars, helping to organize and participating in Centre events, and blogging.

The Project on the Foundations of Private Law is an interdisciplinary research programme at Harvard Law School dedicated to scholarly research in private law. Applicants should be aspiring academics with a primary interest in intellectual property (especially, patent, copyright, trademark and trade secret) and its connection to one or more of property, contracts, torts, commercial law, unjust enrichment, restitution, equity and remedies. The Project welcomes applicants with a serious interest in legal structures and institutions, and welcomes a variety of perspectives, including economics, history, philosophy and comparative law. The Qualcomm Postdoctoral Fellowship in Private Law and Intellectual Property is specifically designed to identify, cultivate and promote promising IP scholars early in their career.

More information can be found at http://www.law.harvard.edu/programs/about/privatelaw/index.html

The Qualcomm Postdoctoral Fellowship in Private Law and Intellectual Property is a full-time, two year residential appointment, starting in the Fall of 2017. Like other postdoctoral fellows, IP Fellows devote their full time to scholarly activities in furtherance of their individual research agendas in intellectual property and private law.

By the start of the fellowship term, applicants must hold a J.D. or other graduate law degree. Applications will be evaluated by the quality and probably significance of their research proposals, and by their record of academic professional achievement

Applications must be received by March 1, 2017.

DailyMotion Permanently Blocked in Russia As A Consequence of Copyright Complaints

DailyMotion, the video-hosting platform, has been permanently blocked in Russia.

The Moscow City court has ordered local ISPs to block subscribers from accessing DailyMotion. In other jurisdictions, this measure is usually reserved for ‘pirate’ sites, such as The Pirate Bay and Book-Fi.

The blocking of DailyMotion is a consequence of repeated allegations of copyright infringement by Gazprom Media, as well as DailyMotion’s alleged inadequacy in dealing with those allegations. his story began back in 2016, when Gazprom Media discovered that video clips from one of its TV channels were being hosted on DailyMotion without permission. Gazprom Media told Russia’s Gazeta that its representatives had sent several complaints to DailyMotion’s offices over the course of 2016 but no response was received. Gazprom Media had DailyMotion URLs blocked at least twice during 2016 by the Moscow City Court. In December of 2016, DailyMotion was given a last chance to remove the problem clips from its platform. The subsequent failure of DailyMotion to comply with the Moscow City’s courts order has led it to engage the laws applying to repeat copyright infringers, therefore giving an order to local ISPs to block DailyMotion permanently.

In comments made to The Hollywood Reporter, a spokesman for DailyMotion stated that the company had no knowledge of any ongoing court procedure against it and was going to “take all necessary steps to make contact with relevant authorities in Russia to resolve the issue.”

Shattered Mirror; News, Democracy and trust in the digital age

Just a few days ago, the Public Policy Forum released its anticipated report on the future of Canadian media, entitled, “Shattered Mirror; News, Democracy and trust in the digital age.” The decline of the news industry is a hot topic across the globe at the moment, with the proposed neighbouring right for news publishers found in the Proposal for a Directive of the European Parliament and of the Council on copyright in the Digital Single Market sparking much debate across Europe.

The report makes 12 recommendations (summarised here), including a review of the Copyright Act’s fair-dealing rules in order to strengthen the rights of news originators to control their intellectual property.

The Public Policy Forum recommends on page 90 of the report a review which “tightens usage of copyrighted news material in favour of creators, without unduly stifling the social power of sharing on the Internet. News producers have a right to benefit from their work for a reasonable period while pursuing the business strategy of their choice.”

The report goes on;

“In many cases, the issue arises when aggregators, bloggers or others use material without permission. This is good for the aggregator, and perhaps convenient for the consumer, but even if the material links back to its source, the original producer should be able to decide whether it wants to share – and whether it wants to negotiate compensation in some form.”

An anecdote is subsequently given; 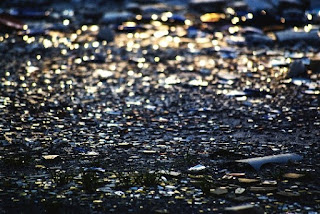 “In different circumstances, the New Brunswick Telegraph-Journal told us of an exclusive photo posted on its site during the 2014 attack in Moncton that left three members of the RCMP dead. The site maintains what is known as a “hard paywall,” making content available only to paid subscribers. As a result, it experienced a spike in registrations when word spread of its photo. Then the CBC copied the photo
without permission, and the spike quickly subsided. What the CBC did is, in one way or another, common these days, and can be argued to be permissible under fair-dealing provisions.”

This recommendation is likely to spark much debate over its potential consequences for free speech, and whether narrowing the fair-dealing exception in relation to news would result in the desired economic improvement for the news publishing sector. This recommendation has already attracted criticism, and it will be interesting to follow the parallel unfolding debates on this issue across the European and Canadian jurisdictions.

On a brief and final note, the European Copyright Society published its Opinion on the EU Reform Package on 25 January 2017.

The European Copyright Society provides a platform for “critical and independent scholarly thinking on European Copyright Law and policy. Its members are scholars and academics from various countries of Europe, seeking to articulate and promote their views of the overall public interest on all topics in the field of authors rights, neighbouring rights and related matters.”

This CopyKat from Tibbie McIntyre