The First CopyKat of the Year, Courtesy of Tibbie

The first CopyKat of the year, written by Tibbie McIntyre.  Enjoy!

Back in July 2016, Disney took three Chinese firms (Blue MTV, media company Beijing G-Point and PPLive Inc.) to court for copyright infringement of ‘Cars’, the main protagonist of which being ‘Lightning McQueen’.

Claimed to be infringing Disney’s copyright in ‘Cars’ was another cartoon escapade surrounding automobiles called ‘Autobots’, a Chinese film directed by Zuo Jianlong. A side-by-side comparison of the movie posters for the ‘Autobots’ and ‘Cars’ can be found here.


Released at the very end of 2016, the ruling in this case found that ‘Autobots’ does indeed infringe the copyright of Disney’s ‘Cars’. More specifically, it was found that two characters from ‘Cars’ had been plagiarised – Lightning McQueen and Francesco Bernoulli. Additionally, it was found that the ‘Autobots’ Chinese title characters had been manipulated to make it appear as if the movie was part of the series. According to Li Rongde of Caixing Global,


“The Chinese titles for the movies are very similar, with the local production’s being Mobilization of Autobots, while the Disney film’s was Mobilization of Race Cars. One crucial Chinese character that differentiates the words Autobots and Race Cars was hidden behind an image of a wheel, a comparison of the two movie posters showed.” [You can visually compare the Chinese characters between the two posters here.]


Damages awarded by the Court, covering both legal fees and compensation, amounted to 1.35 million Yuan ($194,000), although it is interesting to note that the film grossed around $864,000 at the box office, from a budget of approximately $431,000.


The case has been lauded as a success for Disney, which recently opened a $5.5 billion Shanghai Disney theme park. It has, however, also been reported that the director of ‘Autobots’, Zuo Jianlong will launch an appeal.

Walt Disney and the Public Domain in Canada


In keeping with the Disney theme, it is interesting to note that any works of which Walt Disney was the sole or last surviving joint author, are now in the public domain in Canada, since he died in 1966 and Canada has a copyright term of life + 50 years. It might be interesting to review any upcoming uses of such works.


Online service providers benefit from the Safe Harbor rule. Essentially, this means that companies which host third party content will escape from liability for infringing content posted by third parties (examples include YouTube, Google and Facebook, where users generate content). The American legislation (Digital Millennium Copyright Act (“DMCA”)) provides rules and guidance on how Internet copyright infringement should be dealt with, as well as guidelines on how to issue notice and takedown procedures, which enable copyright holders to notify online service providers of infringing content posted by third parties.


Designating an agent that deals with notifications (i.e. take down requests) received from copyright holders alleging copyright infringement is an essential component for online service providers to maintain their limitation of liability. In order to designate an agent, an online service provider must (i) provide contact details of that agent available on its website and (ii) provide the same information to the US Copyright Office, which maintains a directory for public use.  Upon notification from the copyright holder of infringing content, the designated agent has further statutory obligations, including the removal of material identified as infringing. Appropriate designation of an agent is of great importance, as failure to comply in BWP Media USA v Hollyood Fan Sites (S.D.N.Y. 2015) led to the denial of safe harbor protection.


***The US Copyright Office is currently requiring each online service provider to assign an agent to receive notifications of alleged infringement (as required under the DMCA) on a new online system, which can be found here.***


The US Copyright Office will no longer accept paper designations, and the deadline to assign a designated agent on the new online system is December 31 2017. Until 31 December 2017, an agent compliantly registered in either the old directory or the new directory will satisfy the online service provider’s obligation under section 512(c)(2) of the DCMA. Register here.


***In order for an online service provider to maintain its safe harbor from copyright infringement, it must register its designated agent on its new online system by December 31 2017.***  Register here.


Google take down requests in 2016


Between 4 January 2016 and 4 January 2017 Google removed 916 million URLs as a result of take down requests from copyright holders.


UK music industry group BPI issued the most take down requests, at 263 million – equating to an average of 763 per week. Of these requests, 95% were removed. The other 5% are still pending. The designated agent for Google would have to remove 22 URLs per hour for the entire working year in order to meet these requests, keeping in mind that this figure relates to the take down notices received from just one copyright holder, amounting to just over a quarter of the take down notices over the year.


In order to review the 915 million take down requests issued throughout the year, the take down requests would have had to have been reviewed at an average of 503,297 per working hour*. It is an interesting reflection, especially considering the challenges ahead in how we regulate copyright online.


*I haven’t taken into consideration automation or outsourcing. These numbers are to simply illustrate the sheer volume of take down requests made in 2016.


In December last year, Australia’s biggest online service providers (Telstra, Optus, TPG and M2) were injuncted to block user access to The Pirate Bay, Torrentz, TorrentHound, IsoHunt and SolarMovie. The court action was brought by copyright holders Foxtel and Village Roadshow. The online service providers were given 15 business days to implement the ruling in whichever manner they chose: DNS, IP address, ULR blocks or any other technical approach.


To further elucidate, when pirate sites are blocked, proxies often pop up to replace the blocked sites. Once these proxies are up and running, they effectively replace the infringing activity previously performed through the injuncted sites. In order to have these new proxies blocked, copyright holders must again take court action to have these new infringing sites blocked – like a judicial game of whack-a-mole. A rolling injunction scheme – allowing copyright holders to issue out-of-court orders to online service providers – would avoid the necessity for copyright holders to have to pursue another court action to block the new proxies. Richard Lancaster, the lawyer of Foxtel and Village Roadshow stated that the creation of proxies;


“is a known problem in the real world. It will be a problem that arises in the implementation of your honour’s orders. And we’re concerned – given this is the first case – that a procedure be adopted that will not create a real administrative burden for the future in having to do something unnecessary and elaborate such as the [internet firms] suggest”.


Judge John Nicholas ruled that “Whether the terms of any injunction should be varied to refer to additional domain names, IP addresses or URLs is a matter for the court to determine in light of evidence”.


Web-blocking is favoured by big creative industry, however the fast pace creation of replacement proxies, coupled with judicial reticence to issue rolling injunction schemes (in Australia, at least) appears to highlight some of the forthcoming challenges in 2017.


Star Trek, the show that inspired the creation of an entire fictional canon, is at the forefront of a current fair use story.


In 2015 Paramount Pictures and CBS filed court action against the makers of fan fiction spin-off Star Trek: Prelude to Axanar for copyright infringement. Fan fiction has existed for a number of years, including works such as Star Trek: New Voyages and Star Trek Continues, yet this is the first to be targeted by the big studios in a court action. The reasoning behind targeting this fan fiction project, as detailed by CBS and Paramount, was that a studio had been constructed for filming - from which future rental income could potentially be earned, Axanar tried to license out their Star Trek through products and an attempt had been made to make Axanar available to view on Netflix, all of which would lead to commercial gain for the Defendants. 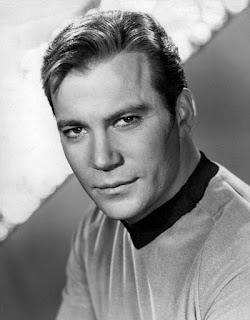 A significant consequence of the ruling released this week is that the four factor fair use defence has been excluded for use by the Defendants. A brief summary of the judges reasoning in relation to the fair use aspect is found below, for the interested Trekkies among our readers.


Factor 1, ‘The purpose and character of the use, including whether such use is of a commercial nature or is for non-profit educational purposes’ (17 U.S.C. § 107(1)) (also known as the ‘transformative factor’):


The judge ruled that, even though no direct commercial benefit would be received by the defendant,


The judge ruled that Axanor is not transformative as a parody because “parody must use some elements of a prior work to create a new work that criticizes the substance or style of the prior work. … Here, the Court has difficulty discerning from the Axanar Works any criticism of the Star Trek.” This factor weighed in favour of the Plaintiffs.


The judge ruled that “the Star Trek Copyrighted works include …. a fictional universe. … The creativity in these Works and their status as published works …. are given broad copyright protections.” This factor weighed in favour of the Plaintiffs.


“The Axanar Work is the kind of potential derivative Plaintiffs would in general develop or license others to develop … Defendants evidently intend for their work to effectively function as a market substitution to the Star Trek Copyrighted Works … The fact that Defendants distributed … for free online and intend to likewise distribute their future works may likely increase the risk of market substitution as fans choose free content over paid features.”


The exclusion of the fair use defence in this case leaves only a finding of substantial similarity for a jury (it might be safe to assume that Axanar is substantially similar to the Star Trek canon). No other defences are available. Which means that, unless a deal is struck between the parties in the meantime, resistance is futile for Axinar.

Posted by Marie-Andree Weiss at 7:13 am