This update from Eleonora Rosati writing on the IPKat

Did you think that the story with copyright, linking, and the right of communication to the public was over?

Today the Court of Justice of the European Union (CJEU) issued its long-awaited [even more keenly awaited is however the forthcoming ruling in Ziggo, aka The Pirate Bay case, here] decision in Filmpeler, C-527/15.

As readers will remember, this reference for a preliminary ruling had arisen in the context of litigation between Dutch anti-piracy organization Stichting Brein and Jack Frederik Wullems over the sale, by the latter and through - among other things - his site www.filmspeler.nl, of various models of a multimedia player under the name ‘filmspeler’.

Filmspeler is a player for connecting a source of image and/or sound signals to a television screen. If the multimedia player is connected to the internet, on the one hand, and to a user’s screen (for example, a television screen), on the other, the user is able to stream the image and the sound from a web portal or website.

Among other things, Wullems installed add-ons [over which he had no influence] containing hyperlinks which, if clicked, would redirect the user to streaming websites, controlled by third parties, on which films, television series and (live) sporting events could be enjoyed free of charge, with or without the authorisation of relevant rightholders.

Stichting Brein sued Wullems for copyright infringement before the District Court of Central Netherlands, claiming that through the sale of the Filmspeler player, Wullems was carrying out a ‘communication to the public’ contrary to Dutch copyright law.

The District Court held the view that the relevant Dutch provisions should be interpreted in light of Article 3 of the InfoSoc Directive but considered that:

(1) CJEU case law existing at that time [notably Svensson and BestWater] would not provide criteria sufficient for reaching a decision in this case; and
(2) it was unclear whether the defence for temporary copies, pursuant to the Dutch transposition of Article 5(1) of the InfoSoc Directive, would be applicable to relevant streaming activities.

The District Court decided therefore to stay the proceedings and seek guidance from the CJEU as to the following: 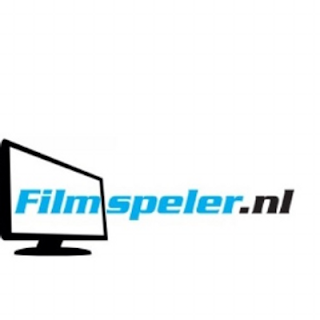 At a first glance it would appear that the CJEU substantially followed the Opinion of Advocate General (AG) Manuel Campos Sánchez-Bordona [here], who proposed a broad(er) interpretation of the right of communication to the public and, with it, a broader reading of what amounts to an 'indispensable intervention'.

The CJEU decision is not yet available on the Curia website, but according to the press release:

"In its judgment today, the Court of Justice holds that the sale of a multimedia player, such as the one in question, is a ‘communication to the public’, within the meaning of the directive.

The Court recalls, in that regard [and unsurprisingly], its case-law according to which the aim of the directive is to establish a high level of protection for authors. The concept of ‘communication to the public’ must therefore be interpreted broadly. In addition, the Court has already held that the availability, on a website, of clickable links to protected works published without any access restrictions on another website offers users of the first website direct access to those works. That is also the case in respect of a sale of the multimedia player in question.

In the same way, Mr Wullems, in full knowledge of the consequences of his conduct, preinstalls, on the multimedia player add-ons that make it possible to have access to protected works and to watch those works on a television screen. Such actions are not to be confused with the mere provision of physical facilities, referred to in the directive. In that regard, it is clear from the observations submitted to the Court that streaming websites are not readily identifiable by the public and the majority of them change frequently.

The Court also observes that, according to the referring court, the multimedia player has been purchased by a fairly large number of people. Furthermore, the communication at issue covers all persons who could potentially acquire that media player and have an internet connection. Thus, that communication is aimed at an indeterminate number of potential recipients and involves a large number of persons. In addition, the provision of the multimedia player is made with a view to making a profit [clearly consideration of the defendant's profit-making intention was due to become central, especially after GS Media], the price for the multimedia player being paid in particular to obtain direct access to protected works available on streaming websites without the consent of the copyright holders.

The Court also finds that temporary acts of reproduction, on that multimedia player, of a copyright protected work obtained by streaming on a website belonging to a third party offering that work without the consent of the copyright holder, cannot be exempted from the right of reproduction [within Article 5(1)].

Under the directive, an act of reproduction is only exempt from the right of reproduction if it satisfies five conditions, namely (1) the act is temporary, (2) it is transient or incidental, (3) it is an integral and technical part of a technological process, (4) the sole purpose of that process is to enable a transmission in a network between third parties by an intermediary or a lawful use of a work or subject matter, and (5) that act does not have any independent economic significance. Those conditions are cumulative in the sense that non-compliance with one of them will lead to the act of reproduction not being exempted. Furthermore, the exemption is to be applied only in certain special cases which do not impair the normal exploitation of the work or other subject matter and do not unreasonably prejudice the legitimate interests of the right holder.

In the present case and having regard, in particular, to the content of the advertising of the multimedia player and to the fact that the main attraction of that player for potential purchasers is the pre-installation of the add-ons concerned, the Court finds that the purchaser of such a player accesses a free and unauthorised offer of protected works deliberately and in full knowledge of the circumstances.

Furthermore, acts of temporary reproduction, on the multimedia player in question, of copyright-protected works adversely affects the normal exploitation of those works and causes unreasonable prejudice to the legitimate interests of the copyright holders because it usually results in a diminution of the lawful transactions relating to those protected works."

A more detailed analysis will be provided as soon as the judgment becomes available.

In the meantime, I can just say that this judgment is good news for rightholders, including those who are advocating the introduction of the 'value gap' provision in Article 13 of the draft directive on copyright in the Digital Single Market. The reason is that with this decision the CJEU appears to have relaxed the notion of 'indispensable intervention' and potentially paved the way to a broadening of the types of subjects that might be regarded as primarily responsible for acts of communication to the public.

In this article I wrote on GS Media I suggested in fact that, should the CJEU follows the AGs in both Filmspeler and Ziggo, the consequence indicated above might naturally follow.