This CopyKat by Tibbie McIntyre

You are warmly invited to attend the upcoming Intellectual Property Conference hosted by the WS Society. The event will take place on Thursday 20 April 2017, 9:00am – 1:00pm, at The Signet Library in Edinburgh.

The event promises to provide a wealth of information and discussion for IP practitioners, with panels covering;

Speakers at the conference offer a wide range of expertise, including Stephen Rowan of the IPO, Ross Nicol of Maclay Murray & Spens, Mark Cruickshank of RBS and Anoop Joshi of Brodies. Gill Grassie will chair the conference.

The day should provide a valuable forum for IP practitioners to meet and discuss the impending impacts of Brexit on IP. For further information, please see the information page. 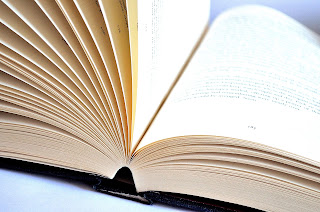 Seizure of over 10,000 pirated textbooks in Kenya

Pirated textbooks worth approximately Sh5.5 million were seized two weeks ago during a raid conducted by the Kenya Revenue Authority (“KRA”) and the Kenyan Ministry of Education.

The Kenya Publishers Association responded positively to the seizure, emphasising that pirates generate large incomes yet pay no taxes to the state. David Waweru, chairmen of the Kenya Publishers Association, stated that the pirated books “have poor binding and print quality. The text is illegible and unfriendly to the learners.” Examples of the poor quality pirated books can be viewed here. Waweru called for the facilitation of a new copyright bill which would enact stricter laws with heavier penalties for pirates. 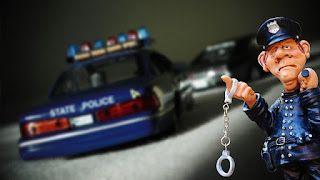 The Digital Economy Bill (“the Bill”) is currently making its way through the UK Parliament. The Bill deals with a variety of issues, including ticket touting, broadband provision and digital copyright. The digital copyright provisions are particularly controversial because a copyright infringer that causes any loss of money to a copyright holder will fall under the criminal liability provisions. Opponents of the current draft argue that the broad definitions in the criminal liability provision puts casual file-sharers at risk of prison-time. Additionally, the maximum prison term for copyright infringement is to be increased five-fold from two to ten years. TorrentFreak posits a nightmarish scenario for a young woman who downloads a single film after the passing of the Bill.

A group of experts sent a letter to the UK Government last week arguing that the criminal liability at Clause 35 of the Bill is too wide. (*N.B. the letter refers to clause 28 because it was published before the latest amendment of the Bill.) The letter argues that clause 35 is not compatible with the foreseeability and proportionality principles found in EU law and the European Convention on Human Rights (“ECHR”).

Per the letter sent to the government, the foreseeability test

The current drafting of the provision is broad enough to envision that an individual could potentially spend ten years in prison for sharing one file. The writers of the letter argue that “the Bill should explicitly state that criminal liability may attach only to commercial-scale or particularly serious copyright infringers.”

1.       The depth and scale of the internet usage monitoring

2.       The scale of the infringement against which the monitoring is being carried out (commercial-scale would be justified, whereas it is more difficult to justify internet usage monitoring in small-scale infringement)

The issue with the current drafting in terms of adherence to the proportionality principle is that there is no differentiation between commercial-scale and small-scale infringement.

The Bill is due to have its 3rd reading in the House of Lords this Wednesday, 5th April 2017. We await with anticipation as to whether this amendment will be made.

The US Supreme court has refused to hear the appeal filed by Capitol records relating to pre-1972 song recordings. The judgement handed down by the 2nd Circuit on 16 June 2016 stands. 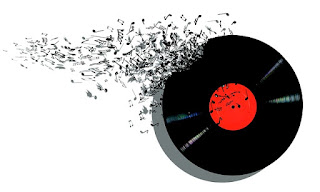 Safe harbour is the qualified limitation of liability for hosting providers which host third party content, where users have uploaded copyrighted content (the law can be found here). It was introduced through the Digital Millennium Copyright Act (“DMCA”). Many in the music industry are opposed to the current formulation of the safe harbour principle, citing the ‘music value gap’ as a major loss of revenue (for more on this, please see here). Both the DMCA and the 1976 Copyright Act (which the DMCA amended) are federal laws because they emanate from Congress – the safe harbour principle is a creation of federal law. The 1971 Sound Recordings Amendment Act - an Act designed to protect against unauthorised duplication and piracy of sound recordings - is also a creation of federal law. The 1971 Sound Recordings Amendment Act came in to force in 1972.

The 2nd circuit court found for Vimeo, stating that “we find no reason to doubt that § 512(c) [the safe harbour provision] … protects service providers from all liability for infringement of copyright, and not merely from liability under the federal statute.” This decision stands, and all infringement of copyright on Vimeo et al. by 3rd party users is still covered by the safe harbour principle. 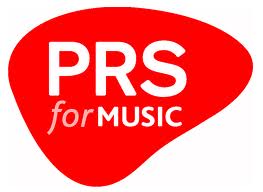 The online tool allows users to upload set lists or programmes from performances whilst on the move with a phone or tablet. Over 1,000 set lists and programmes were reported to PRS in the first 24 hours of the launch, covering performances across 23 countries. The ease and convenience of the new tool is an essential factor in helping rights holders gain income from their copyrighted works. Members can report all live performances – including a small gig at a pub, DJing at a club, a classical concert or a sold-out stadium show.

Reintroduction of Fair Play, Fair Pay Act in the US

A group of bipartisan legislators in the US have reintroduced a bill which is designed to put AM/FM radio into the same situation as webcasters – such as Pandora and iHeartRadio.  AM/FM radio stations pay nothing to perform music yet webcasters are required to pay statutory royalties for playing music on their online radio platforms.

A joint statement from the bipartisan group stated that "Our current music licensing laws are antiquated and unfair, which is why we need a system that ensures all radio services play by the same rules and all artists are fairly compensated."

A statement by Content Creators Coalition asserted that "for decades, artists have been forced to let their music generate billions of dollars of advertising profit to the corporate investors of radio companies while not being paid one cent for their art. It is past time for Congress to right this wrong."
Posted by Ben at 8:35 am