Artificial Intelligence and copyright: a happy (or even possible) relationship? 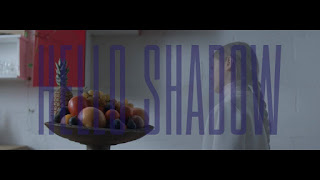 After years spent discussing the IP implications of 3D printing [which the the European Parliament - JURI Committee has also tackled in this recent working paper] it seems that now the new 'hot' topic is Artificial Intelligence (AI) and its potential.

Aside from issues of citizenship, in the realm of IP one of the questions that have been asked with increasing frequency is whether and to what extent AI has the potential to replace humans, including in the creative fields.

As AI machines become increasingly autonomous, can they be regarded as 'authors' in a copyright sense and, if so, can the works they create be eligible for copyright protection? If the answer was again in the affirmative, who would own the copyright in such works?

Recent developments stand as a demonstration that answering these questions may not be something for an indefinite future.

For instance, readers with an interest in music might have had the opportunity to listen to the recently released single Hello Shadow, which is the first song extracted from the the first multi-artist music album composed with AI.

This album was curated by Benoit Carré, head of SKYGGE, who collaborated with several musicians and performers, including - in the case of Hello Shadow - Stromae and Kiesza.

The SKYGGE project started as a research project (the Flow-Machines project, conducted at Sony Computer Science Laboratories and University Paris 6) in which scientists were looking for algorithms to capture and reproduce musical “style” [an example being Daddy’s car, a song in the style of the Beatles]. However, the novelty and huge potential of the approach triggered the attention of musicians who joined the team.

It is clear that SKYGGE produces music thanks to AI, but there is a substantial human input. But as things have the potential to develop in the sense that AI will be able to create music entirely on its own, without any human input, will the resulting songs be protected by copyright?

The notion of 'authorship'

As I discuss more at length in this recent short article for the Journal of Intellectual Property Law & Practice here, at the international level there is no definition of who is to be regarded as an 'author' in a copyright sense. However, legal scholarship seems oriented in the sense of concluding that, from its text and historical context, under the Berne Convention only natural persons who created the work can be regarded as authors.

In any case, although generally speaking it seems possible “to agree that an author is a human being who exercises subjective judgment in composing the work and who controls its execution”, this does not mean that at the national level there are not situations in which also works created by non-human authors can qualify for protection, or courts have not addressed issues of non-human authorship.


In the UK context [for the US, it is interesting to look at the text of the Monkey Selfie first instance decision], for instance, examples of the former include the fictions of authorship in section 9(2) of the UK Copyright, Designs and Patents Act 1988 and, even more evidently, the provision in section 9(3) therein, according to which – in the case of a literary, dramatic, musical or artistic work which is computer-generated – the author shall be taken to be the person by whom the arrangements necessary for the creation of the work are undertaken.

At the EU level – with the exception of cinematographic and audiovisual works, computer programs and databases – copyright directives do not really address the issue whether only human beings can be regarded as authors. This said, however, the Term Directive (Recital) 14 refers the calculation of the term of protection of copyright to the life of authors as “physical persons”.

The question that arises under EU law is, therefore, whether – with the exclusion of cinematographic and audiovisual works, computer programs and databases – Member States can protect works created by non-human authors.

The answer may be in the negative, if we consider how the other requirement for copyright protection, ie originality, has been intended by the Court of Justice of the European Union (CJEU).

Harmonization of the standard of originality at the EU level has been limited. Only the Software Directive (Article 1(3)), the Database Directive (Article 3(1)) and the Term Directive (Article 6) provide that, respectively, for computer programs, databases and photographs copyright protection shall be only available if they are their “author’s own intellectual creation”.

Until the landmark 2009 decision in Infopaq, it was believed that for works other than those for which harmonization of the originality standard had explicitly occurred EU Member States remained free to define the conditions of copyright protection under their own legal regimes. In that judgment the CJEU took the (rather radical) view that this would not be the case, and that also for works protected under the InfoSoc Directive the same standard of originality as in the Software, Database and Term Directives should apply.

The CJEU elaborated on the notion of ‘author’s own intellectual creation’ in subsequent case law. When discussing copyright protection in graphic user interfaces (C-393/09), the court held that the standard of originality requires that the author expresses “his creativity in an original manner”. In Football Association Premier League, C-403/08 and C-429/08 the court clarified that originality as author’s own intellectual creation requires exerting “creative freedom”, ie something that football matches – being subject to the rules of the game – do not possess.

The CJEU refined further its construction of the standard of protection in its subsequent decision in Painer, C-145/10. In discussing originality for photographs and, in particular, portrait photographs, the court held that what is required is for the author “to express his creative abilities in the production of the work by making free and creative choices”, so that he “can stamp the work created with his ‘personal touch’”.

It is therefore apparent that the EU standard of originality, as also acknowledged by Advocate General Mengozzi in his Opinion in Football Dataco, C-604/10 entails a “‘creative’ aspect, and it is not sufficient that the creation of [the work] required labour and skill.”

Can an AI machine's creation fulfill the requirement of originality as intended by the CJEU?

Another argument against the proposition that also non-human authors can be regarded as potentially eligible for copyright protection in their works is that, at the EU level, the general rule is that concepts used in different directives must in principle have the same meaning. So, in Football Association Premier League, C-403/08 and C-429/08, the CJEU clarified that if a directive in based on rules and principles already laid down in other directives, “given the requirements of unity of the European Union legal order and its coherence, the concepts used by that body of directives must have the same meaning, unless the European Union legislature has, in a specific legislative context, expressed a different intention.”

A further argument in favour of the conclusion that under EU copyright directive only human beings can be recognized as authors descends from the reading of its various provisions. In particular, the InfoSoc Directive vests authors with the right to authorize third parties to make acts of reproduction (Article 2a), communication to the public (Article 3(1)), and distribution (Article 4(1)) of their works.

One may wonder how a non-human author can exercise such rights. The question becomes even more complex, if not impossible to solve, if one considers that the CJEU has clarified that the language of that directive imposes that authors are considered as the exclusive first owners of economic rights [Reprobel; Soulier].

From the discussion above it emerges that, with limited exceptions, legislation is generally silent regarding the question whether copyright can vest in works authored by non-humans. However, a broader reading of legislative texts – including at the international, regional and national levels – suggests that the notion of authorship for the sake of copyright protection is generally reserved to human beings.

For years, literature and cinema have raised the question of what a human is: from the wooden puppet who wishes to become a child in Pinocchio to the robot-butler in The Bicentennial Man, from the male prostitute Mecha in A.I. Artificial Intelligence to the outrageous and recreational drugs-loving teddy bear in Ted, the public has been exposed – more or less lightheartedly – to questions surrounding the meaning of ‘human’.

Now such issues might re-surface with increasing frequency and relevance also in the area of copyright and, in doing so, test the scope of protection. This will require revisiting concepts that traditionally have been considered basic.

However, similarly to the case of originality, it has become clear that what ‘basic’ refers to may not be entirely straightforward.
Posted by Eleonora Rosati at 10:19 am

Definitely an interesting article. One suggestion in that regard could be that the human responsible for the creation of the relevant AI machine can be identified as an author of the work produced by the machine because it exists as a work due to the characteristics set by this human creator. One reason for this conclusion is that for the time being the AI can experience emotions so it cannot create works based on its feelings.

Many thanks for your comment. This is indeed the state of the art (and also what UK law provides through s9 CDPA). However, how the law will treat situations arising in a future in which AI machines are able to feel and think by themselves (remember the film AI-Artificial Intelligence?) remains to be seen.

With due respect to Ventsi, it is not the current situation which should concern us. True AI is not concerned with the sort of computer-generated literary, dramatic, musical or artistic works as envisaged by s9. Fully autonomous AI is the thing we need to be prepared for. If I may use an analogy. A parent is generally accepted as being responsible for the actions of their child up to a specified age (say, of criminal responsibilty). After that point, the child is deemed by the law to be sufficiently aware of itself and the rules of society to have a mens rea, ie a culpability which is entirely separate from the parent, even though the parent may still have several other social and legal duties with regard to the child.
By most definitions AI is not just computing power or the ability of a machine to carry out a function as it has been programmed to do, but rather it is the situation in which the machine has learnt from its own experience, such that its ability to process data is well beyond what its original program allowed it to do. At that point the original programmer or operator no longer has a direct role in what the machine 'knows' or does with the knowledge it has acquired, and in time, the operator may have no influence over what kind of output the machine decides to deliver. It is autonomous. This is the point where the current laws on copyright break down or at least fail to address the specific circumstances. Hence the need for the debate which Eleonora has outlined.

There is already a startup using AI to combat copyright infringement Pirat which scans the Internet for pirated content. After that it takes it down using advanced AI algorithms and then there is also a manual approval of the links so no false claim is made. Its a positive step in order to fight online piracy.