Lindsay Lohan sued in 2014 Take-Two Interactive, the maker of the “Grand Theft Auto V” video game, claiming that it had used her image when creating the character Lacey Jonas, see here and here, and thus violated her right to privacy under New York Civil Rights Law § 51 by misappropriating her likeness. 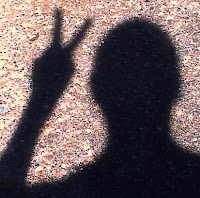 Reality show star Karen Gravano filed a similar suit, claiming that the character Andrea Bottino was modeled after her.


Characters are protected by the First Amendment


The brief concentrates on the free speech issue, arguing that video games are expressive works and thus protected by the First Amendment.


The authors of the brief argue that “[c]elebrities like Gravano and Lohan are significant parts of that “popular culture,” and Take-Two must be free to use even their literal names


and likenesses (as was done in Forrest Gump, for example) to capture the essence of that culture.”


The brief cites  the Comedy III Productions, Inc. v Gary Saderup, Inc., where the California Court of Appeals found that the right of publicity “has the potential of censoring significant expression by suppressing alternative versions of celebrity images that are iconoclastic, irreverent, or otherwise attempt to redefine the celebrity’s meaning.”


The New York courts have consistently interpreted the law narrowly and the Appellate Division held in September 2016 that the Grand Theft Auto V video game, “does not fall under the statutory definitions of ‘advertising’ or ‘trade.’”


The authors of the brief also argue that only explicit use of a person’s name or likeness is protected by New York right of publicity statute. A mere suggestion is not enough.


The New York Legislature is trying to expand the scope of New York right of privacy by enacting Assembly Bill A08155. The bill would make the likeness of an individual a personal property, freely transferable.


It defines the “likeness” of an individual as “an image, digital replica, photograph, painting, sketching, model, diagram, or other recognizable representation of an individual's face or body, and includes a characteristic.” A “characteristic” is defined as “a distinctive appearance, gesture or mannerism recognized as an identifying attribute of an individual.”


Is a video game protected by the First Amendment?


The bill has not been enacted. Plaintiffs’ claims may prosper under this law, or may not, as it provides a First Amendment defense. The main issue would then no longer be whether the creators of the game indeed used Plaintiffs’ likenesses, but whether a video game is worthy of the protection of the First Amendment.


Plaintiff Gravano seems to have anticipated this hypothesis, as she argues that “a video game that is primarily a commercial product [is] not afforded absolute protection as a creative work.”


However, authors of the brief cite the Supreme Court City of Lakewood v Plain Dealer Publ’g Co where the court explained that “the degree of First Amendment protection” of speech “is not diminished merely because the . . . speech is sold rather than given away.”