This CopyKat is the first from our new intern, Mateusz Rachubka 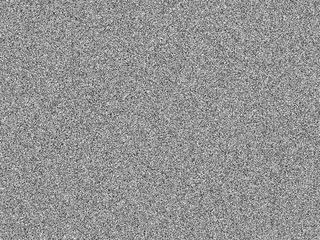 Following the report made on the CopyKat [read here], as well Tibbie McIntyre’s insightful blog post on limitations of the YouTube Content ID system [read here], the story of 10-hour White Noise video published by Sebastian Tomczak continues. In his recent interview Mr Tomczak indicated that the Content ID system used by YouTube “incentivises to make spurious copyright claims”. In brief, the system allows copyright holders to upload their content to YouTube, which is then automatically matched against other content of YouTube videos and where a copyright infringement is detected, it generates automatic copyright claim. Although the author of the White Noise video was released from copyright claims two days following his tweet, he hopes that the cases like his will get YouTube to introduce changes to its automated system and prevent copyright claimants who do not have claims in a given work from diverting the money. 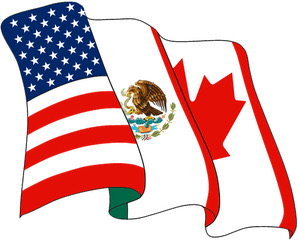 With North American Free Trade Agreement (NAFTA) negotiations being underway the debate is heating up over the ‘Safe Harbour’ provisions. Internet law experts and advocacy groups want to expand the provisions that already exist in the US into Canada and Mexico, which allow Internet Service Providers (ISPs) to be shielded from copyright infringement liability provided that they promptly remove pirated content following the request of copyright holder. Certain organisations believe that the current balanced copyright system should be preserved and promoted into trade agreements.

On the other hand, 37 content groups being aware of the ‘whack-a-mole’ problem in trying to prevent copyrighted works being illegally posted online argue against ‘Safe Harbour’ measures. In their view, such provisions “fail to adequately protect our industry, disincentivize taking reasonable measures to protect intellectual property, and provide immunity from liability without sufficient safeguards for copyright holders”. Therefore, only passive platforms, which are not “engaged in communicating and do not generate any revenue from pirated content” shall be subject to ‘safe harbour’ protection.

Whether the position of both sides can be reconciled, remains to be seen. At the same time, there are many doubts if the agreement will still be in place, following threats of President Trump to withdraw from NAFTA if there is no substantive progress made. 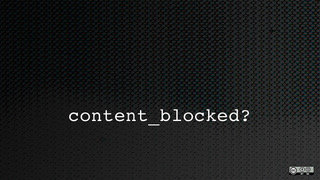 The music industry, which successfully took action in Ireland in 2013 against The Pirate Bay, in order to prevent pirate sites from freely distributed copyrighted works was recently followed by the film-makers. Last year the movie studios secured a court order to block three websites with infringing content. To the delight of Motion Pictures Association, representing inter alia Warner Brothers, Paramount, Disney, Columbia and Sony Pictures, last week the Commercial Court issued injunction and ordered internet service providers (ISPs) to block access to eight more pirate websites. In the view of the Court these sites were illegally streaming films and TV shows, some of which also provided an extensive library of unauthorised copies of works.

Provisional blocking injunctions were also granted by the Dutch district court of Lelystand, in the Netherlands ordering major ISPs to block access to The Pirate Bay within 10 days. The order contains around 200 domains names that access the service and are used by the site. The decision and obligation on ISPs to block the websites will remain in force until the final decision will be given by the Supreme Court, expected later this year. 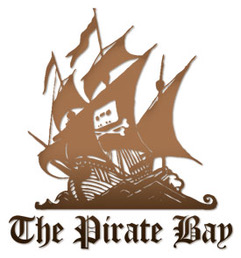 The annual Notorious Markets List prepared by the Office of the United States Trade Representative (USTR) has come out. The report observes positive developments in the fight against copyright infringing companies and websites, such as successful closure of the ‘biggest stream-reaping’ Youtube-MP3 website.  Although the Office notes that the stream ripping sites may have legitimate uses, majority of operations “contribute overwhelmingly to copyright infringement”.

The USTR list also identifies prominent online websites, on which pirated works are reportedly available. One of such is The Pirate Bay, which despite numerous efforts and enforcement actions across various jurisdictions is still among top 100 most popular sites worldwide, continuously enables users to illegally download copyrighted content. Another worth mentioning website on the list is popular in Russia and neighbouring countries social networking site, vKontakte. VK according to the publication reportedly “facilitates the distribution of copyright-infringing files” and despite taking steps to fight piracy it is still a “hub of infringing activity”. 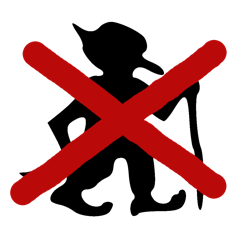 The Story of Copyright Trolling: On the Rise in Finland, Troubled in the US

Copyright trolls, who often in a dubious and ‘extortion-like’ practices aim to extract money through litigation or settlement from alleged pirates, have been present in the United States for over fifteen years. Recently, it can be observed that the move, starting from 2013, has been increasingly popular in the Scandinavian countries, particularly in Finland. As examined by NGO activist Ritva Puolakka, in the period between 2013 and 2017, the Market Court in Finland, which deals with the matters of Intellectual Property, has ordered internet service providers to release the details of almost 200,000 Finnish internet users. TorrentFreak notes that even though each IP address provided “might not lead to a unique individual, the number is huge when one considers the potential returns if everyone pays up hundreds of euros to make supposed court cases go away”.

Good news from TechDirt is that is seems that copyright trolls are not always as successful in their pursuits against alleged infringers. This has reportedly happened in the US to Venice Pi, which claimed to have rights in the movie called ‘Once Upon a Time in Venice’ and attempted to sue 91-year-old man, who later passed away. With concerns over the quality and validity of the evidence Judge Zilly demanded information about the way in which evidence was collected. However, the details provided have raised even more concerns as to the company filing the lawsuit, evidence collection process or even existence of the key experts. The Judge being suspicious over the trolling activities has order against Venice Pi and required the company provide details in over dozen cases. This may open up the copyright troll to even more troubles. Sports Fans Coalition (SFC), a non-profit advocacy group is planning to use its recently launched Locast service to stream NFL games through local broadcast networks in the New York City, without making a payment for a license. In their view, such service will be legal and in accordance with exception in 17 U.S. Code § 111(5), which allows non-profit organisation to rebroadcast programs provided that there is no commercial motive. Since its launch on 11th January, as stated by SFC’s founder David Goodfriend “tens of thousands of New Yorkers have taken advantage of Locast”, which is “more than double the number of users we wanted to have after 30 days.” The enthusiasm cannot be however observed on the side of the pitch, namely the reaction of the sports broadcasters. According to the National Association of Broadcasters such service must be illegal and similarly to efforts made by its predecessors (think of Aereo or FilmOn), SFC is unlikely to “survive legal scrutiny”.

Is Formula 1 on the Track of Copyright Dispute Over its New Logo?

Formula 1 enthusiasts would also be aware that at the end of the last race of 2017 season a new logo was unveiled replacing the iconic logo designed in 1987.  The rebranding however has not received a particularly warm welcome amongst the fans and the drivers (although perhaps not as bad as the reaction to the now dropped new logo for Leeds United Football club in the United Kingdom). It now turns out that the new logo too closely resembles a logo of US-based company 3M, which claims infringement of copyright. The similarity of the branding appears in the slanted letter ‘F’, which is comparable to the one used in 3M’s ‘Futuro’-branded flight compression tights. 3M has not confirmed yet whether it will seek legal action against F1 or whether F1 will aim to pay settlement fee to be able to use the logo on the merchandising. Nevertheless, with potential copyright action, as well as the fact that 3M has filed applications for both US and the EU trademarks, a new F1 logo story may bring a lot of interesting off-track action before the lights go out and the season officially begins in the end of March. 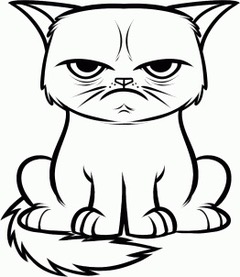 Cat Celebrity has Won $710,001 in a Copyright Case Against Californian Coffee Company

And finally, we come to an end of this CopyKat with the story of a cat, which became a hero of internet memes, gathered over 6 million likes on Facebook and is estimated to have generated about $100 million in revenue – Grumpy Cat. Grenade Beverage, as part of the license agreement with Grumpy Cat owners, has paid a one-off $150,000 fee for the use of Grumpy Cat’s image on its iced coffee products branded as ‘Grumppucions’. However, the coffee-selling company was sued by the owners of the cat for ‘blatantly infringing’ their copyrights and trademarks by selling other types of coffee and T-shirts with the cat’s image. Following the long-lasting dispute between Grumpy Cat Limited and Grenade Beverage the California federal court awarded the cat’s owner the sum of $710,001 for the copyright and trade mark infringement. In a brief comment, the attorney representing Grumpy Cat Limited stated that “Grumpy Cat feels vindicated and feels the jury reached a just verdict”.