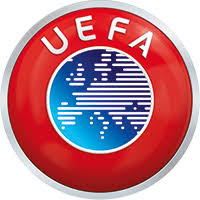 This case involved the granting of an Order under section 97A CDPA 1988 requiring the main UK ISPs to take measures to block, or at least impede, access by their customers to streaming servers which deliver infringing live streams of UEFA Competition matches to UK consumers (those being the UEFA Champions League and UEFA Europa League, for non-soccer fans).  This is (as far as the author knows) only the third case involving section 97A being used to block live-streaming.

The live-streaming cases are, in certain respects, more complex in operation than Orders involving "fixed" sites such as PirateBay, as the streaming servers change on a regular basis, each Order applies only while matches are being streamed and ISPs are required to block a list of IP addresses which is re-set each week.  This is set out in more detail in the first Judgment and Order granted by Arnold J during the last football season, in favour of the FA Premier League and discussed by Eleonora on the IPKat here) with the second Order being a further Order in favour for FAPL, granted in July on a new application for the current season (Arnold J's judgement in the second case appears to be unavailable on free sources but the case, FAPL v BT II; [2017] EWHC 1877 (Ch), is available on Lawtel).

Although the present case is nominally against the ISP defendants, it was unopposed and the three largest ISPs, BT, Sky and Virgin, filed evidence in support of the application, alongside the FA Premier League and Formula One. Nevertheless, Arnold J took care to ensure that the tests he had set out in prior cases had been met, in a concise judgment of 15 short paragraphs.

In particular, he cites the CJEU decisions in Stichting BREIN v Ziggo BV (the PirateBay case - see here and here) and in VCAST v RTI (see Eleanora's commentary here) to reinforce that the servers offering live streaming of football matches are committing the restricted acts of communication to the public.

He goes on to emphasise that the Order is appropriate and proportionate, citing three key points:
As in the prior cases, much of the evidence and the methodology used to detect and block the illegal sites remains confidential.

The Order continues until 26 May 2018 (the date of the UEFA Champions' League final, taking place this year in Kiev).﻿