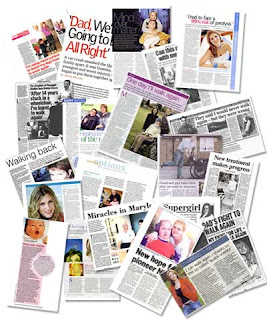 Hot off the press today is the European Court of Justice ruling in Case C‑5/08, Infopaq International A/S v Danske Dagblades Forening, a reference for a preliminary ruling from the Danish Højesteret. This reference related to the modern equivalent of a cuttings agency.
In olden days, cuttings agencies used to buy newspapers and magazines, read through them and cut out the bits that clients wanted, sending them a daily or weekly bundle in an envelope. Apart from being labour-intensive it could also be quite annoying, when cutting out a recto article to send to client A meant mutilating the verso article that client B wanted. There was nothing for it but to send the office boy out to buy a second copy, to cut that up too.

Now the process is done mainly electronically through a variety of techniques. In the UK you can get a licence from the Newspaper Licensing Agency which is specially tailored to the needs (and peace of mind) of press cuttings agencies. In Denmark, however, an agency provoked confrontation by seeking a declaration that its complex five-part scanning, search and printing process did not infringe any copyright in the content since the elements of its process that were in dispute were merely transient copies with no economic significance and were thus entitled to the benefit of Article 5 of the Directive on Copyright in the Information Society.

This afternoon the ECJ gave its ruling, generalising across the 13 separate and in some respects over-detailed questions referred to it:

"1. An act occurring during a data capture process, which consists of storing an extract of a protected work comprising 11 words and printing out that extract, is such as to come within the concept of reproduction in part within the meaning of Article 2 of Directive 2001/29/EC of the European Parliament and of the Council of 22 May 2001 on the harmonisation of certain aspects of copyright and related rights in the information society, if the elements thus reproduced are the expression of the intellectual creation of their author; it is for the national court to make this determination.

2. The act of printing out an extract of 11 words, during a data capture process such as that at issue in the main proceedings, does not fulfil the condition of being transient in nature as required by Article 5(1) of Directive 2001/29 and, therefore, that process cannot be carried out without the consent of the relevant rightholders".

The Court took the opportunity to remind us that Article 5, since it contains exceptions to the basic principle that copyright works are protected, must be construed narrowly.
Posted by Jeremy at 5:44 pm