Will Christian be thrown to the copyright lions? 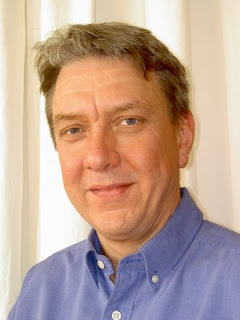 The 1709 Blog makes no apologies for publishing the following item in full. Regardless of whether its reproduction is sanctioned as fair dealing, the likelihood of the author bringing an action for copyright infringement must be small. The item in question, published in The Financial Times, is authored by Christian Engström (right), the Pirate party’s member of the European parliament, and it goes like this:

If you search for Elvis Presley in Wikipedia, you will find a lot of text and a few pictures that have been cleared for distribution. But you will find no music and no film clips, due to copyright restrictions. What we think of as our common cultural heritage is not “ours” at all.

On MySpace and YouTube, creative people post audio and video remixes for others to enjoy, until they are replaced by take-down notices handed out by big film and record companies. Technology opens up possibilities; copyright law shuts them down.

This was never the intent. Copyright was meant to encourage culture, not restrict it. This is reason enough for reform. But the current regime has even more damaging effects. In order to uphold copyright laws, governments are beginning to restrict our right to communicate with each other in private, without being monitored.

File-sharing occurs whenever one individual sends a file to another. The only way to even try to limit this process is to monitor all communication between ordinary people. Despite the crackdown on Napster, Kazaa and other peer-to-peer services over the past decade, the volume of file-sharing has grown exponentially. Even if the authorities closed down all other possibilities, people could still send copyrighted files as attachments to e-mails or through private networks. If people start doing that, should we give the government the right to monitor all mail and all encrypted networks? Whenever there are ways of communicating in private, they will be used to share copyrighted material. If you want to stop people doing this, you must remove the right to communicate in private. There is no other option. Society has to make a choice.

The world is at a crossroads. The internet and new information technologies are so powerful that no matter what we do, society will change. But the direction has not been decided.

The technology could be used to create a Big Brother society beyond our nightmares, where governments and corporations monitor every detail of our lives. In the former East Germany, the government needed tens of thousands of employees to keep track of the citizens using typewriters, pencils and index cards. Today a computer can do the same thing a million times faster, at the push of a button. There are many politicians who want to push that button.

The same technology could instead be used to create a society that embraces spontaneity, collaboration and diversity. Where the citizens are no longer passive consumers being fed information and culture through one-way media, but are instead active participants collaborating on a journey into the future.

The internet it still in its infancy, but already we see fantastic things appearing as if by magic. Take Linux, the free computer operating system, or Wikipedia, the free encyclopedia. Witness the participatory culture of MySpace and YouTube, or the growth of the Pirate Bay, which makes the world’s culture easily available to anybody with an internet connection. But where technology opens up new possibilities, our intellectual property laws do their best to restrict them. Linux is held back by patents, the rest of the examples by copyright.

The public increasingly recognises the need for reform. That was why Piratpartiet – the Pirate party – won 7.1 per cent of the popular vote in Sweden in the European Union elections. This gave us a seat in the European parliament for the first time.

Our manifesto is to reform copyright laws and gradually abolish the patent system. We oppose mass surveillance and censorship on the net, as in the rest of society. We want to make the EU more democratic and transparent. This is our entire platform.

We intend to devote all our time and energy to protecting the fundamental civil liberties on the net and elsewhere. Seven per cent of Swedish voters agreed with us that it makes sense to put other political differences aside in order to ensure this.

Political decisions taken over the next five years are likely to set the course we take into the information society, and will affect the lives of millions for many years into the future. Will we let our fears lead us towards a dystopian Big Brother state, or will we have the courage and wisdom to choose an exciting future in a free and open society?

The information revolution is happening here and now. It is up to us to decide what future we want".

This feature is just under 750 words in length. The 1709 Blog will be pleased to publish in full (with the author's permission) the best courteous and reasoned response, in 750 words or fewer, received by close of play next Wednesday, 15 July.
Posted by Jeremy at 9:31 am

I´m a Swede, who is not a member of the Pirate Party, and I cannot comprehend that 7-8% of the voters in Sweden think that everything for ever can be for free. At the same time, when you read professor Jessica Litman´s lecture at
http://www-personal.umich.edu/~jdlitman/papers/Nies_2009.pdf
you must admit that "something is rotten in the state of Denmark.