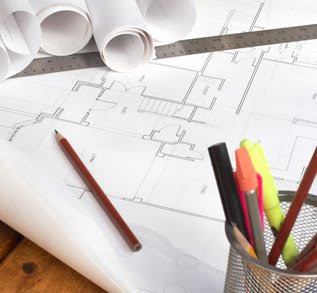 Eagle-eyed Scot-watchers will have noticed that rarest of events, the posting of a Scottish copyright decision on the Scottish Courts website. The decision is that of Lord Bannatyne (Outer House, Court of Session) in Donal Toner v Kean Construction (Scotland) Limited and CRGP Architects and Surveyors [2009] CSOH 105. The decision is difficult for we non-Scots to follow on account of its terminology, but Mark Cruickshank (Maclay Murray Spens) has furnished us with a splendid explanation. he writes:

"Toner alleged infringement of copyright by Kean and CRGP in respect of architectural plans which he had prepared. He argued that he had not been fully paid for his work and that, therefore, there was no implied licence granted to Kean and CRGP to use the plans. He alleged that CRGP had directly infringed copyright by using a substantial part of the plans to obtain an amendment to a planning consent, while Kean had indirectly infringed by constructing a building in conformity with those plans.

Kean and CRGP requested a Debate (ie a hearing on the legal merits of the claim) to argue that Toner's case against them was not competent and that it was neither legally relevant nor specific enough to make out a case and should be dismissed. They raised a number of competency arguments, all of which involved fairly technical issues of law and/or related to compliance with Scottish procedural rules on pleadings. They included the arguments that Toner had no title to sue, that there was no competence to sue more than one defender [that's the term used in Scotland for 'defendant'] in the same action with a separate and independent basis for each claim, and that there were no pleadings setting out the statutory/common law basis for raising the action. In terms of the relevancy/specification arguments, again there were a number of submissions made by the defenders, for example that the damages claimed against each defender amounted to 'double counting', that Toner's case on damages was not properly set out and that it was not possible to sue for damages for copyright infringement when also seeking to affirm the contract or for damages and additional damages under the same pleading claim.

The judge, Lord Bannatyne, took a common sense approach and criticised the defenders' attacks as resulting from taking aspects of the pleadings in isolation rather than reading them in context. Also, for example, on the inclusion of more than one defender in the same action he took the view that the two cases were clearly intimately connected, which pointed to it being in the interests of justice/convenience that the cases both be in the same action. Lord Bannatyne then rejected all of the defenders' arguments and found firmly in favour of Toner.

This sensible decision should discourage such future attempts to knock out cases based on highly technical arguments. This is not the end of the matter, however, and the matter will proceed towards a full trial with Toner having to prove his case of copyright infringement based on the facts".

Many thanks, Mark, for the explanation.
Posted by Jeremy at 12:01 pm