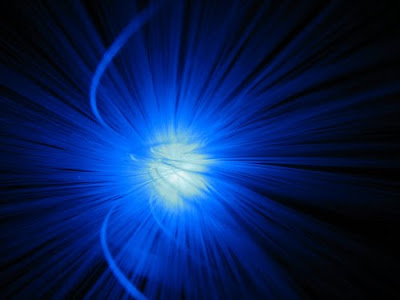 Are Google's new broadband plans the death knell for the content industries as we know them - or a brave new world with ever increasing opportunities for interacting with consumers?

Google has announced plans to launch a new optic fibre network delivering broadband speeds of up to 100 times those currently available to consumers - one gigabit per second. This is on top of the $7.2 billion (£4.6 billion) promised by President Obama for broadband infrastructure in the US. The new Google networks, to be trialled in up to 500,000 homes in a number of cities in the USA, will mean that users can download a high definition full length feature film in just a few minutes - although luckily it seems also true that that rural clinics in the USA will be able to (legally) send 3D medical images over the networks, or so press reports say.
Content owners will watch this one carefully - and this topic is just going to get more and more interesting, especially in light of the SABAM v Tiscali reference to the European Court Justice, the Australian Federal Court's decision that Internet Service Providers cannot be held liable for copyright infringements committed by their subscribers and the various adoptions of 'three strikes' laws in France, South Korea and Taiwan. Clearly the decisions of courts and governments are going to be critical in underpinning (or undermining) the future business models for record, film and TV companies, games companies and ISPs, mobile companies and other intermediaries.

http://www.telegraph.co.uk/technology/google/7207160/Google-to-trial-its-own-ultra-fast-fibre-optic-network.html
Posted by Ben at 3:40 pm