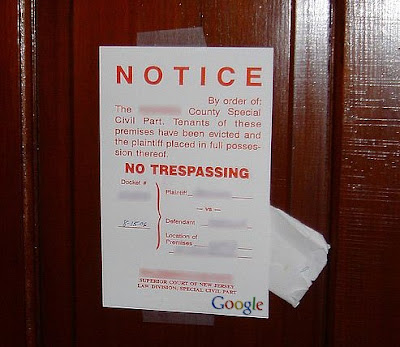 When some bright spark noted that social networking site MySpace’s terms and conditions for posting up music were somewhat one sided (prompting a very high profile and damaging campaign against the site by musician Billy Brag) it left netheads up in arms – and with Facebook and Bebo just around the corner a mass migration began – surely one of the turning points for MySpace whose dominance in social networking has quickly shrunk (and whose CEO, Owen Van Natta, has just left the company).

Now Google has dipped a toe into this very murky swamp in what critics are calling "musicblogocide 2010". It seems Google has deleted at least six popular music blogs that it claims violated copyright law under the US Digital Millennium Copyright Act. The sites, hosted by Google's Blogger and Blogspot services, received notices only after their sites – and years of archives – were wiped from the internet according to a reports in the Guardian and elsewhere. The sites, which included Pop Tarts, I Rock Cleveland, To Die By Your Side, Masala, Living Ears and It’s A Rap all posted up MP3 files (often sourced from record labels and artists) alongside reviews and other materials but were told
"We'd like to inform you that we've received another complaint regarding your blog ….. Upon review of your account, we've noted that your blog has repeatedly violated Blogger's Terms of Service ... [and] we've been forced to remove your blog. Thank you for your understanding."

Bill Lipold, the owner of I Rock Cleveland, who clearly wasn’t very “understanding”, cited four cases in the past year when he had received copyright violation notices for songs he was legally entitled to post saying to Google saying "I assure you that everything I've posted for, let's say, the past two years, has either been provided by a promotional company, came directly from the record label, or came directly from the artist". He told Cleveland newspaper The Plain Dealer: "It's difficult to get across ... that there's a difference between someone working with the blessings of the artists and the labels and someone who leaks Bruce Springsteen's entire discography. They don't see the distinction between someone who's adding value and someone who's facilitating piracy. That goes to the root of this whole mess".

As the story broke Google rushed to assure bloggers that there was an appeals process for “DCMA complaints” and that bloggers could file a DCMA counter claim to show that use of MP3 files was authorised or “official”, although bloggers countered saying that the notices they receive contain no details of infringing tracks and rather worryingly for Google that it was “treating bloggers like Big Brother … shoot first, ask questions after."